For the past few days (weeks? years?) Blinks have been requesting news about Black Pink. In true YG fashion, these requests were met by cricket song (stream Moon Hyuna on itune/youtube/...). Thus they started a petition and a black out (#BLINKSBLACKOUT). The petition Treat BLACKPINK better, was signed by 33 312 fans and counting.
Now, day two of the petition, Jennie posted the following image on her insta story
#coincidence? Or #Perfecttiming? 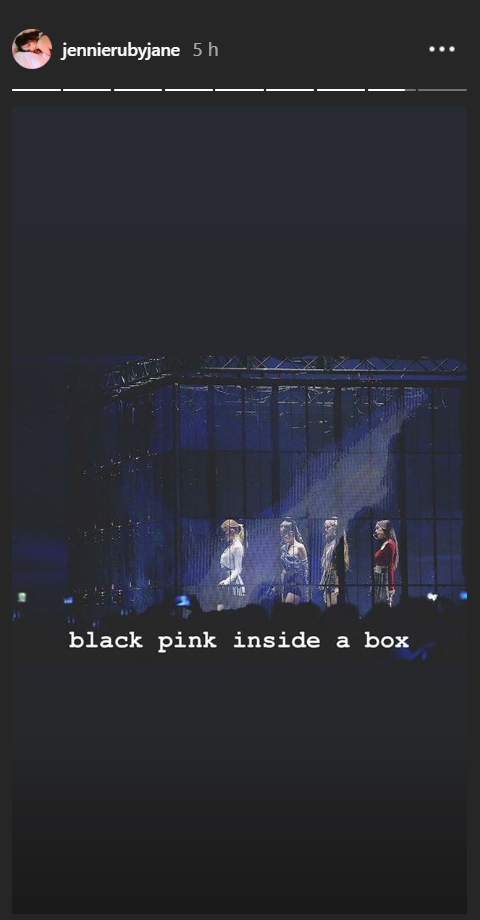 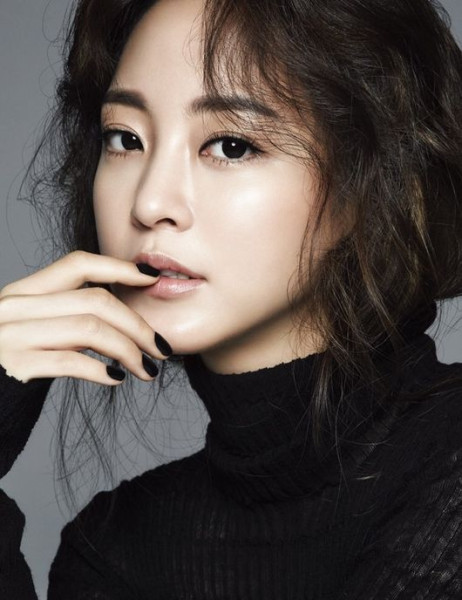 On December 12, it was stated that Han Ye-Seul has confirmed to star in SBS’ upcoming drama “Big Issue.” For the first time in a year, Han announces her return to the small screen and generated buzz among fans.

“Big Issue” tells a story about a paparazzo who chases after scandals after scandals. Director Lee Dong-Hoon of “Tazza” and “Protect the Boss” and writer Jang Hyuk-Rin of “The K2” have joined forces to produce the drama. 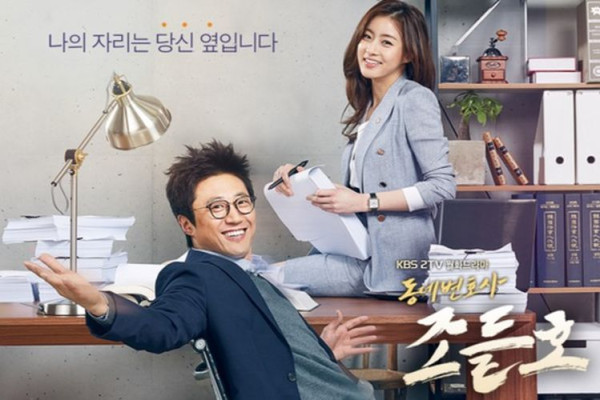 ABC has put in development Exhibit A, a legal drama from The Good Doctor executive producer Daniel Dae Kim, his 3AD production company, and ABC Studios.

Written by Warren Hsu Leonard (How To Get Away With Murder), Exhibit A is based on the South Korean series My Lawyer, Mr. Jo. It centers on disgraced former prosecutor, Andrew Cho, whose career is sabotaged by the corrupt power brokers he’s working to take down. But in losing everything, Andrew discovers something new: a life of purpose. Along with a clever, driven young associate, and a legal staff of loyal misfits, Andrew becomes the fearless, caring, underdog lawyer he was always meant to be. Together they give voice to the voiceless and speak truth to power, no matter the cost. 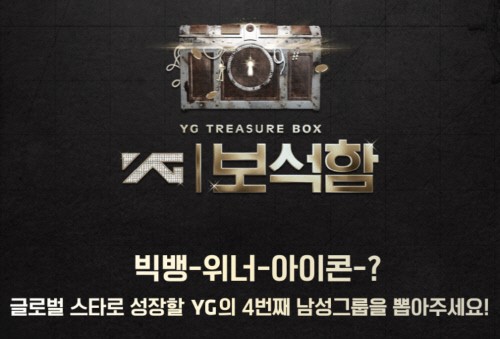 A new girl group may be debuting under YG Entertainment.

On December 13, news outlet Sports Seoul reported the agency would be launching another debut survival program to create a new girl group, according to industry insiders. The supposed program would air January or February 2019, following the conclusion of “YG Treasure Box,” an ongoing survival program that will create YG Entertainment’s next boy group.

If confirmed, the new survival program would also follow the same format as “YG Treasure Box” and be broadcast online through platforms like Naver V Live and YouTube as opposed to traditional television.

This is not the first time reports of YG launching a girl group debut survival program have arisen. Back in September, the agency addressed similar rumors and stated at the time that this was just one of the ideas they were brainstorming.

Prior to that, YG Entertainment had also stated they would announce a new girl group before the end of 2018.

JAKARTA -- A television ad featuring members of K-pop supergroup Blackpink dressed in miniskirts has been banned from Indonesian airwaves, prompting a furious backlash from fans.

The Indonesian Broadcasting Commission ordered 11 domestic TV stations to yank the commercial late Tuesday, saying it was indecent. The order followed a petition signed by more than 100,000 people asking the commission to cancel the ad -- which in turn sparked a tit-for-tat campaign calling for the expulsion of the woman who launched the original petition. The ad features four members of the top-selling Korean girl band singing and dancing to promote Shopee, an Indonesian online retailer.

Indonesia's broadcasting watchdog said the ad flouted moral norms in the world's biggest Muslim majority country. "Companies need to be careful when they're making a commercial that they don't associate their product with something Indonesians see as negative," commission head Hardly Stefano said in a statement Tuesday. Shopee called the commission's remarks "very valuable input," but added that the ad had been greenlit by another government agency prior to its airing.

The decision to ban the ad was widely panned by Blackpink fans in Indonesia. "This is too much -- you can see women dressed that way in any mall in Indonesia," Disna Harvens told AFP. "It's not vulgar at all."
( Collapse )
sources: shopee indonesia, abs-cbn

Inspired by the films that dominated her childhood, Lee Rae-kyung had the ambition to become a movie director. As things turned out, however, Lee ended up not close to cinema but with a prime position in making music videos for some of the most popular K-pop stars including IU, Girls' Generation's Yoona, Lee Moon-sae, Bolbbalgan4 and many others.

Following her path with determination has led her to dominant position behind the camera. But Lee recalls that breaking into the industry was tougher than she had imagined.

After graduating from high school, Lee attended three universities in eight years. One year into her first college, she struggled to see how she could turn media studies into a career. So instead of going to classes, Lee spent most of her time at the student-operated radio station. There she taught herself how to mash videos and images together and edit them.

Luckily, her perspective changed once she entered into Kaywon University of Arts & Design the following year, majoring in Moving Image Design. Lee developed a strong passion for cinema and media production and found more room to grow. All of the sources she uses in the process of making music videos are derived from the things she learned at Kaywon, according to Lee.

"There were times when I juggled four part-time jobs with my studies because I was short of money. It felt like I would need a real job. I thought: it's got to be close to cinema and so I chose to make commercials at first," Lee said in a recent interview with The Korea Times.

At this point, everyone’s aware of the reach and power of K-pop around the world. BTS, Twice, Exo, and NCT have all been popping up on end of year lists. BTS even won Time’s online poll for person of the year. But what’s it like being an indie K-pop artist in South Korea?

Go Tae-seob, aka Holland, has done everything himself since he started his career. Without the support, or training, of one of the country’s huge entertainment companies, it’s hard to achieve the kind of success enjoyed by other artists. He knew, however, that this was his only choice — Holland is openly gay. In an ultra-conservative society, not only being gay, but actually singing about it, is an incredibly audacious and disobedient act, and meant that none of the big record labels would pick him up.

What Holland didn’t expect, however, was that a generation of young South Koreans would be open to his message of self-love and acceptance. “I don't get hurt anymore,” he tells i-D, when talking about how he deals with the toxic and homophobic comments he gets online. “It's true. Because I have my loving fans.”

i-D spoke with Holland about self-care, his advice for living authentically, and what 2019’s going to look like.

More pictures at the source.