following the confirmation of the release of the collection [story op. 2] yesterday, the first song from the album has been revealed: "lonely" feat. snsd's taeyeon. the song was composed and written by jonghyun with an arrangement done with jonghyun, imlay, monotree and wefreaky (his composition crew).

"lonely" will also be the title track for the album. the song is described as that contains tempered sequence and a minimal instrument configuration, a calm piano lead and six stringle ensemble that tells a conversation between jonghyun and taeyeon, whom are feeling lonely even when in each other's company and feel it's better off for them to be alone. the song will be portrayed as if the two of them are revealing this between one another in "said" conversation through two different sets of emotions. the collection [story op. 2] will be released digitally on april 24th at 6pm kst. 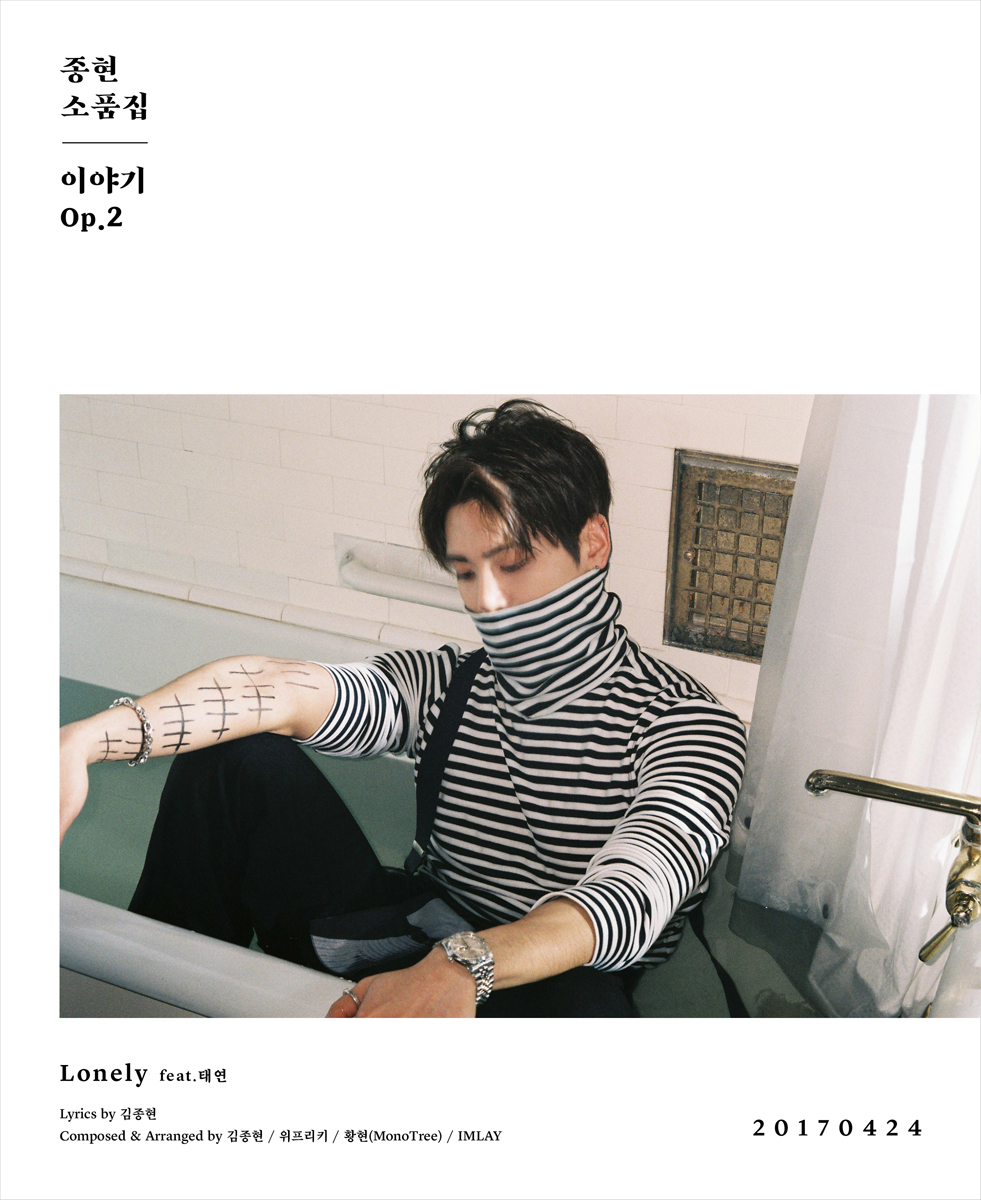