Yeo Jin Goo will play the dual roles of King Yi Heon (later known as Gwanghae) and peasant clown Ha-sun. After having lived his life constantly paranoid and on guard against palace intrigue and assassinations, Yi Heon will trade places with Ha-sun who looks exactly like him when a poisoning attempt goes too far.

Ha-sun is an orphan who lost his biological parents to a plague, and he begged and wandered the country with his adopted sister, until they were almost at death’s door from starvation. An acting troupe saved them, and ever since then, he’s been a clown-actor who fears nothing on the stage. By a series of circumstances, he ends up as a fake king on the Jade Throne, and despite his best efforts, he falls for the king’s wife, Queen So-woon, played by Lee Se-young.

Yi Heon, who had never known love from his parents, found peace when he married So-woon. However, due to his paranoia and the constant palace deceit, his relationship with her deteriorated. So when he and Ha-sun trade places, he’ll be placed in a position where he’s envious of his alter ego as So-woon (who knows nothing about the switcheroo) begins falling in love with this new side of her estranged “husband.”

after months of hard work and pushing from shawols: jonghyun finally got the award that he deserved for poet l artist (though it goes without saying that there should be more where that one came from). jonghyun was one of the ten recipients of the album bonsang award during the album portion of the 33rd golden disc awards on january 6th. fellow groupmates minho and taemin accepted the award on his behalf. according to an article released on january 7th, upon learning that jonghyun would be given the award, minho and taemin both cleared out their personal solo schedules so they would be able to attend and accept on his behalf. when minho told jonghyun's family about accepting the award, he said: "this is an award hyung is receiving so of course we should go and accept on his behalf."

according to media, poet l artist received the seventh highest ranking score of the thirty nominees for album bonsang: 11.2/30.

After making negative comments about BTS, EXO, and Wanna One members on a Greek television show, host Katerina Kainourgiou has issued an official apology.

Previously, Katerina Kainourgiou and other panelists for the television program “Eutixeite” held a segment about TC Candler’s list of “The Most Handsome Faces of 2018.” The list includes BTS’s Jungkook and V and No. 2 and No. 5, respectively, as well as Wanna One’s Kang Daniel at 11th place and EXO’s Sehun at No. 15.
( Collapse ) 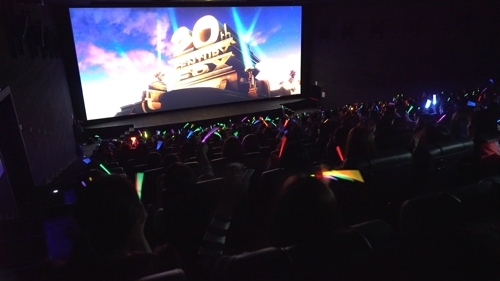 As the theater turned pitch black, nearly 200 moviegoers were waiting for the screening to start, with some holding glow-in-the-dark sticks and tambourines. They were also ready to do something unusual: sing along.

As "Somebody to Love," a hit song by the legendary British rock band Queen, blared out, the audience for the movie "Bohemian Rhapsody" began to clap their hands, yell with joy and belt out the number as if they were at a live concert.

"Let's sing together, loudly," shouted a young woman who sat in the back seat of the multiplex theater in Seoul last Saturday. 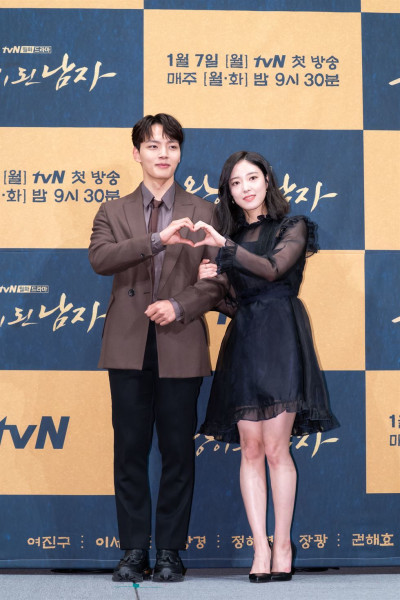 The much-anticipated drama, starring Yeo Jin-goo and Lee Se-young, is an adaptation of the popular 2012 film "Masquerade" which attracted over 12 million moviegoers.

Set in the middle of the 1392-1910 Joseon era, when upheaval and power struggles surrounding the throne reached a high, the drama, premiered on Monday, tells the story of Yi Heon, played by Yeo, the king who brings a clown that looks identical to him and puts him on the throne to escape an assassination plot.


another adorable one for the collection.

To clarify those rumours IU agency end up revealing the private business IU have in this building, including another of her (secret) charity projects: provide free practice/recording studio to young artists/musicians
( Collapse )
Source: Naver News 1|2|3 via Soompi.com, IUteamStarCandy, GIF

He will be arrested as soon as he enters Korea, if he doeshttps://t.co/tHGGX1mR12 pic.twitter.com/AI6JkftsiO