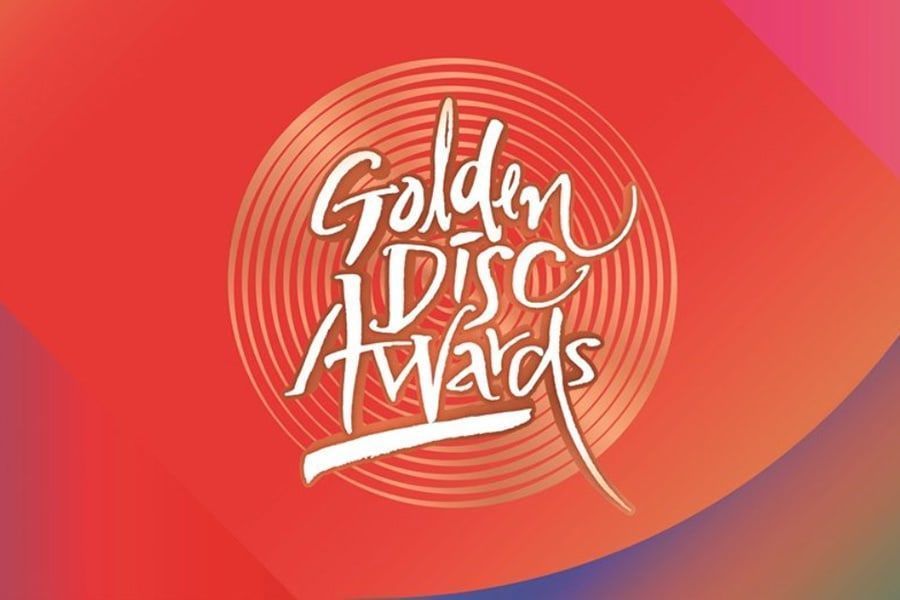 What are your favorite moments and performances?

CLC is making their long-awaited return!

On January 8, industry representatives reported that the girl group is currently preparing to make their first comeback since “Black Dress” in February 2018.

In response to the reports, their agency Cube Entertainment confirmed, “CLC is in the final stages of preparation for a comeback in late January.”

What kind of music do you hope to hear from CLC for their upcoming comeback?

IU personally talked about the controversy on her instagram, giving a yellow card to netizens and korean media for invading her & her building residents privacy. #WearewithIU is trending on korea since her post.
( Collapse ) 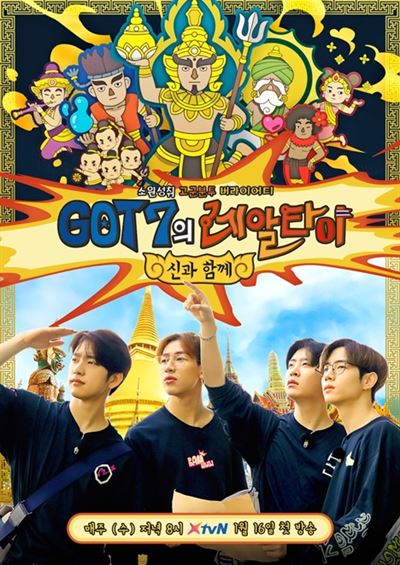 For those who have long been curious about the hidden but more genuine sides of K-pop superstars, XtvN's upcoming realty show "GOT7's Real Thai: Along with the Gods," which features GOT7 members' adventurous journey to Thailand, should be a tempting option.

"I am rather concerned as we have opened up our personal sides too much," said Bambam, a Thai member of the team who worked as a "guide" for the show, during a press event at IFC mall, Yeouido, Seoul, on Monday. 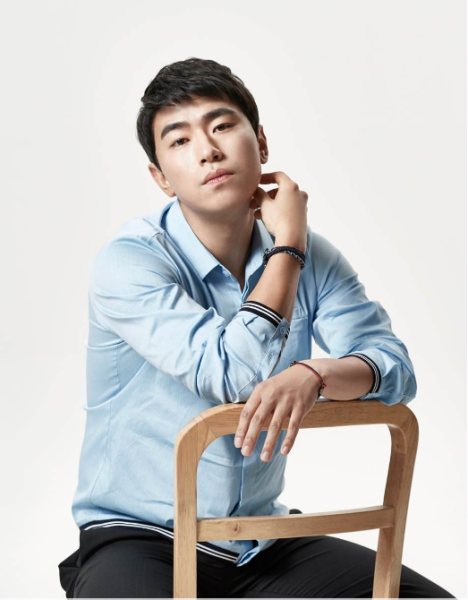 Actor Lee Si Eon (MBC’s I Live Alone) finally gets his first leading role in 10 years. Actor Lee will be the protagonist for the upcoming movie thriller I Killed My Wife directed by Kim Ha Ra. The movie is based on a Korean Webtoon of the same title where a man wakes up with his wife dead and no memories of the previous night. As the main suspect, the protagonist will experience various trials to find the truth. The Webtoon depicts the struggles in daily life, family relationships and the complexity of human nature.

Actor Lee Si Eon will be showing a different side from his other works like Live, Player and Reply 1997 building anticipation for many fans. 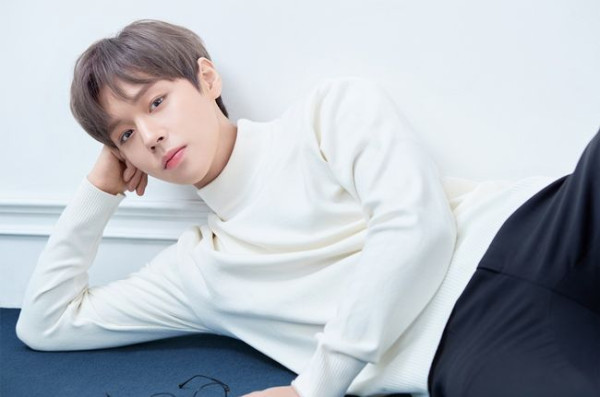 On January 8th, Maroo Entertainment shared their artist Park Ji Hoon had launched an official website at 5:29 pm (KST) which “immediately crashed due to high traffic.” Since this rarely happens in Korean entertainment, many can attest to the popularity of Wanna One Park Ji Hoon.

It has been reported many fans are excited with the launch of Park Ji Hoon’s official website due to the never before seen profile pictures of the artist and first video greeting since Wanna One’s contract ended in 2018.

Meanwhile, Wanna One Park Ji Hoon is currently preparing for Wanna One’s 2019 concert from Jan 24-27 at the Sky Dome in Seoul. 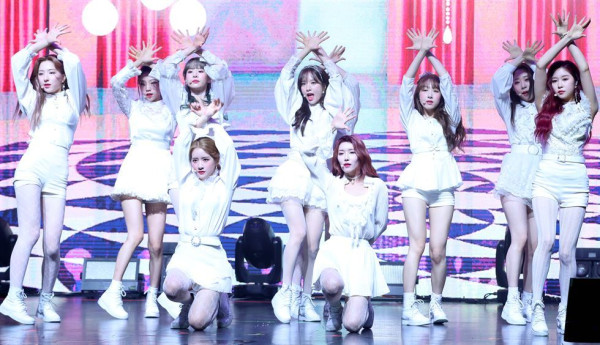 Cosmic Girls, also known as WJSN, unveiled their sixth mini-album titled "WJ STAY?" and its single "La La Love" on Tuesday. This comes four months after the release of their trophy-winning single "Save Me, Save You."

"Our Chinese bandmates won't be promoting this album with us due to scheduling conflicts, but they participated in recording the fourth track Memories," member Eunseo told reporters during a press showcase for promoting their new album. 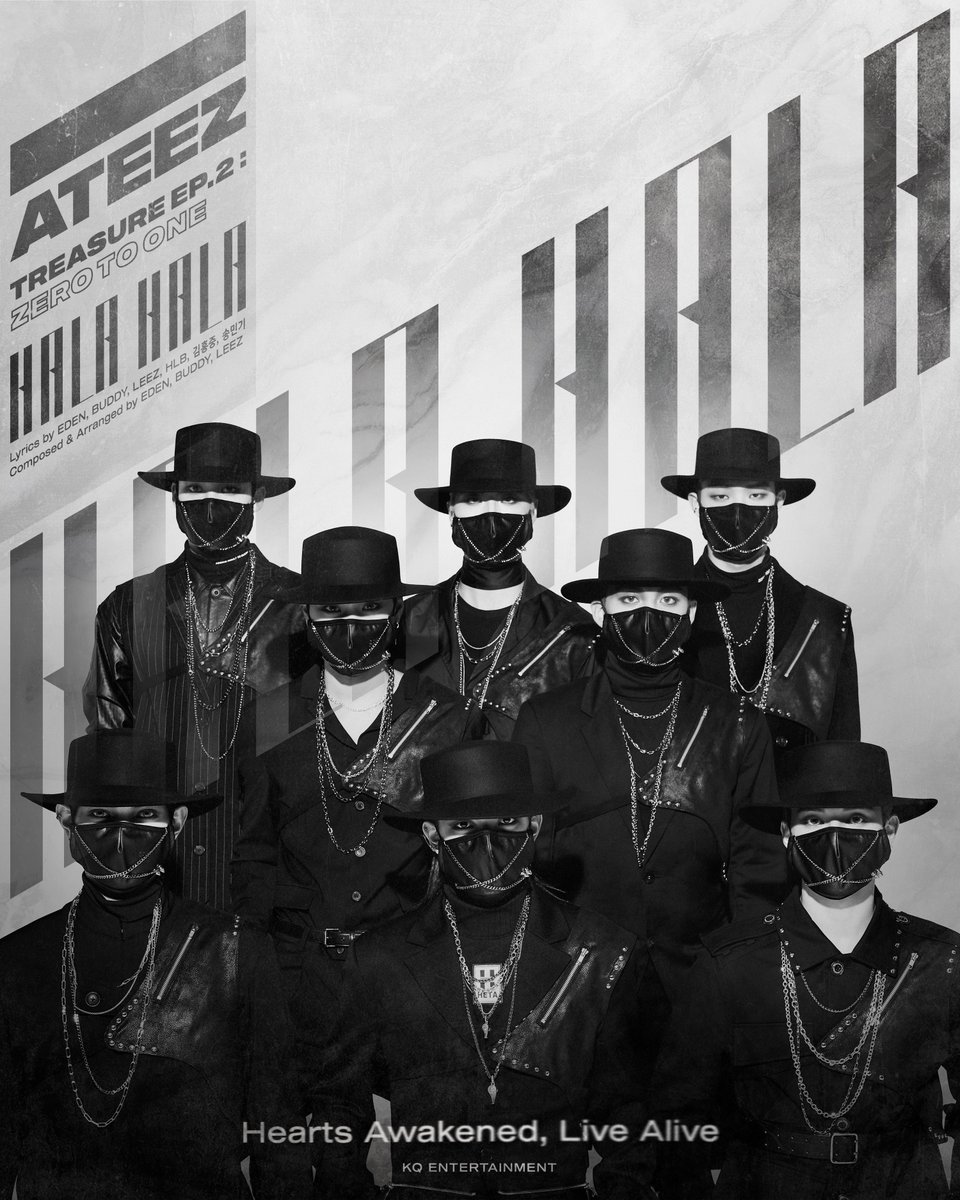 In this reality show, 10 exchange students from other countries come to study in Korea and live in a sharehouse.

Haven't watched this, but sharing if anyone is interested. It looks to be true of the description, a reality show with foreign exchange students in Korea. KBS YT be posting these episodes instead of making the Return of Superman episodes public for me to post ugh I'm salty lol. 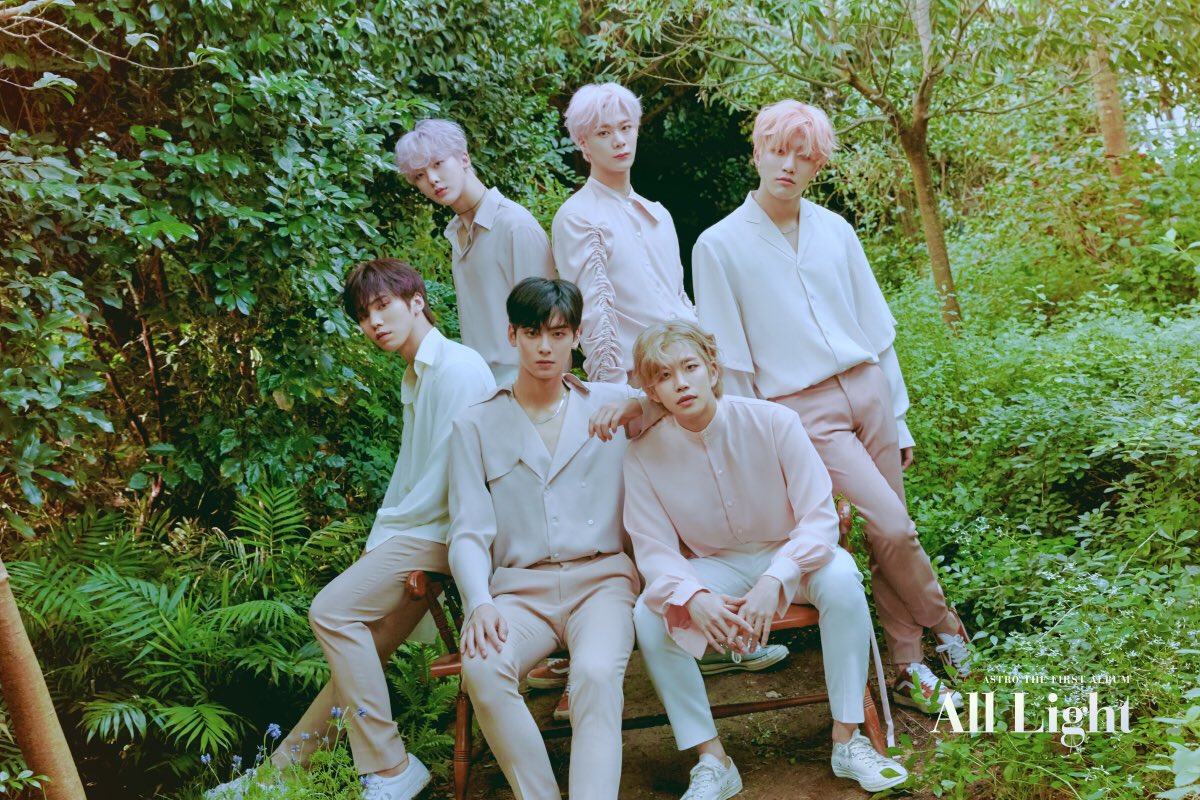 Why are the WHITE Ver. teaser pics so green and the GREEN Ver. ones so white... Anyways, enjoy the pretty boys!

On January 8, Hong Soo Hyun’s agency Content Y stated, “After confirming [these details] with Hong Soo Hyun, it is true that Hong Soo Hyun and Microdot have broken up. However, we cannot reveal the specific reason [for their breakup] or when it happened, as it is personal information.”

The two became friendly after appearing on Channel A’s fishing variety show “The Fishermen and the City” and publicly announced their relationship last year in July.

May they rest in peace. 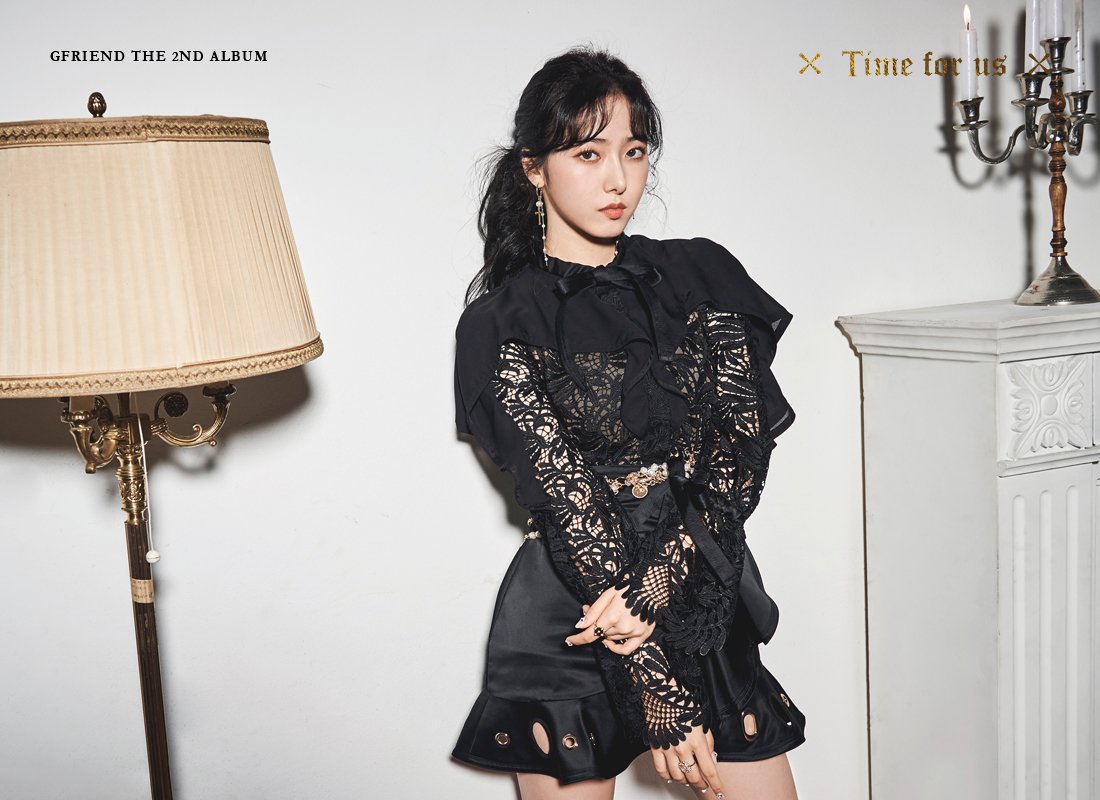 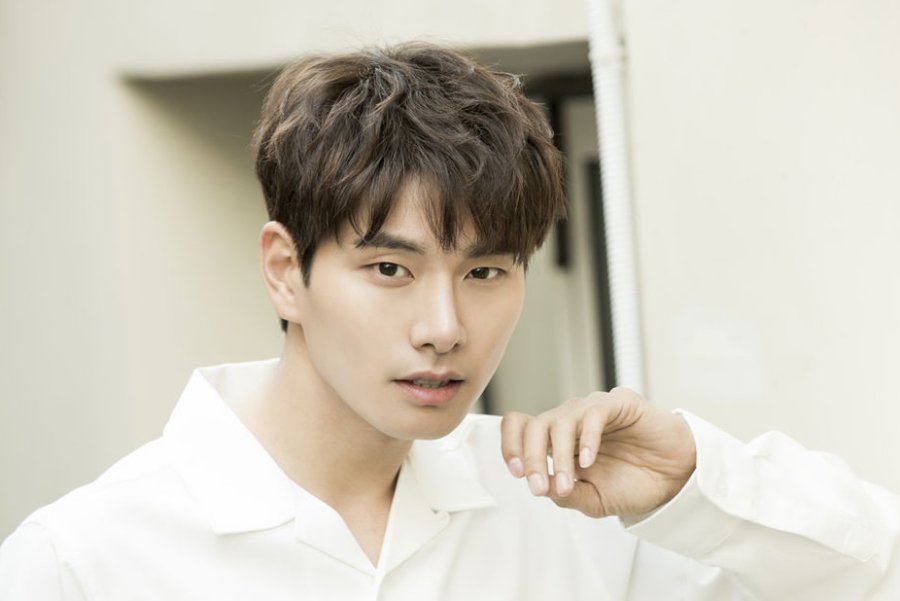 On January 8, HB Entertainment officially announced, “After appearing on Season 1 of ‘Waikiki,’ actor Lee Yi Kyung has been confirmed to appear on Season 2 as well.”

The agency went on, “In Season 1, [Lee Yi Kyung] showed a wide variety of unique and different qualities through his portrayal of a character that was both comical and sincere. Accordingly, he will display many charms in Season 2 as well, without giving viewers a single chance to get bored. We ask that you look forward to it.”

Lee Yi Kyung will be reprising his role from the first season of “Waikiki,” in which he starred as Lee Joon Gi, a seemingly carefree struggling actor with hidden emotional wounds. Despite being an accident-prone troublemaker, the lovable Lee Joon Gi proved impossible to hate. The role also gave Lee Yi Kyung a chance to show off both his skillful comic acting and a more serious, emotional performance as he portrayed the secret pain hidden behind Lee Joon Gi’s lighthearted smile.

Ahn So Hee, Kim Seon Ho, Kang Han Na, Shin Hyun Soo, and Moon Ga Young are currently in talks to appear in the upcoming season as well. The second season of “Waikiki” is scheduled to premiere sometime in the first half of 2019. 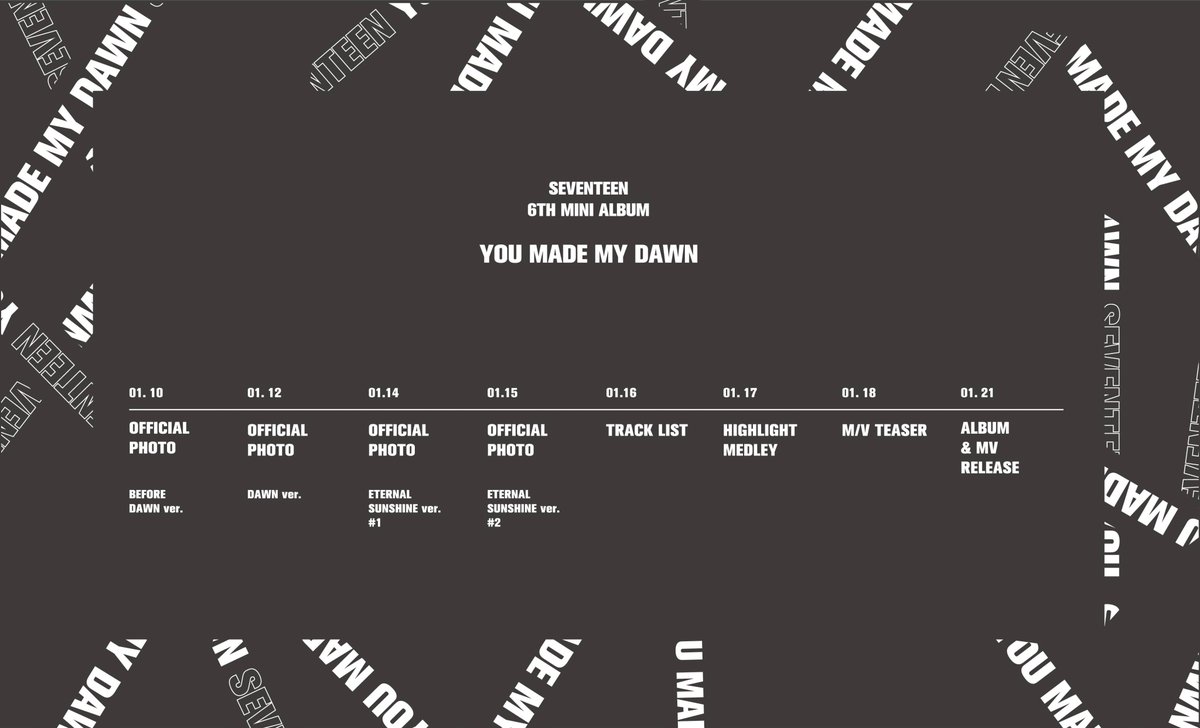 The "In the future we will consider the fans’ and artists’ feelings"-part of the statement makes me suspect that Seventeen had the last word in this.

(trans.) “Is it okay to sell other people’s information like this?”

Many accounts on Twitter and other social media sites offer to sell the dorm addresses, car numbers, ID photos, and photographs of past girlfriends of idols. To one such post that stated, “I am selling information about EXO,” which included information about their addresses and favorite bars/restaurants, Baekhyun used his personal Twitter account to directly reply.

On January 5, he wrote simply, “Is it okay to sell other people’s information like this?” As Baekhyun’s reply gained attention, the original post was deleted. 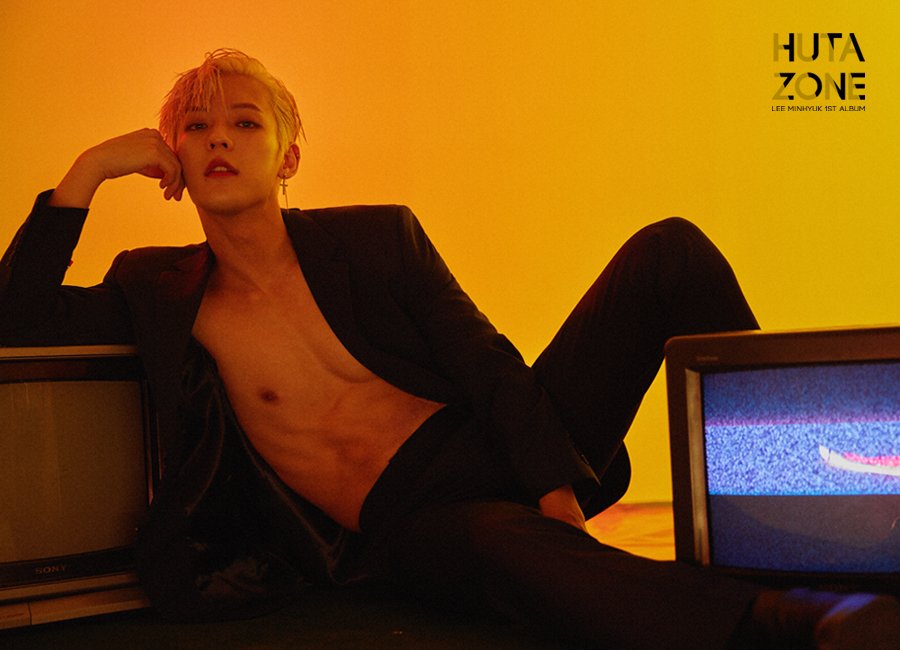 Kakao M is in the works of a Korean Netflix

Rumours began last year of Kakao M expanding into broadcasting, there has been evidence that they may be working toward this plan such as acquiring acting agencies like BH Ent, JWIDE, Soop and soon Blossom
https://t.co/PGbm71m3JC 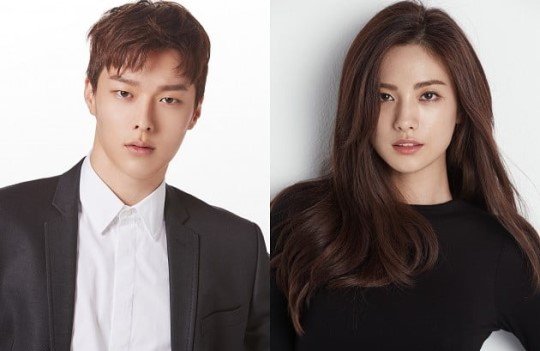 WHAT A HOT PAIR!

To celebrate their 2nd anniversary, Dreamcatcher will be releasing a song for fans on January 13th

The fan song is described to showcase both Dreamcatcher's charms as well as their signature rock sound
https://t.co/wg1omJbjnJ pic.twitter.com/f1qsyLy4Vu 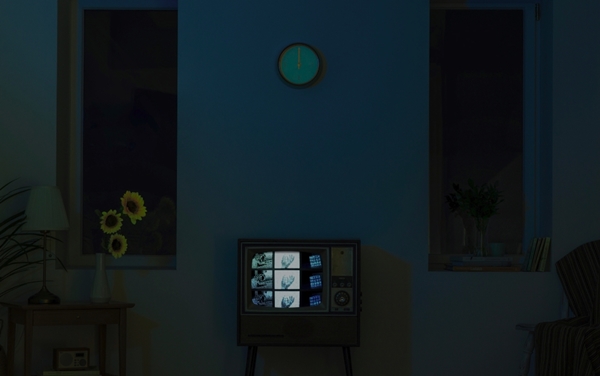 ( click on the image or here to visit it! | autoplay warning )

Note: "John's" Instagram account has been removed on IG and all posts made by Ahra regarding the case have also been removed. SM have been contacted.

Not long until I’m free from the dungeon 🥳 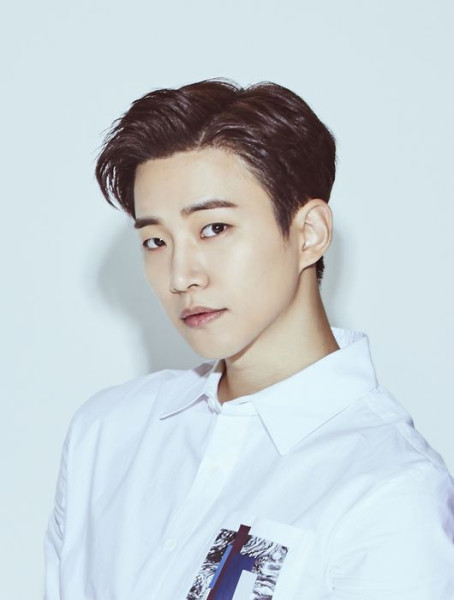 “Confession” (working title) is about people who seek truth despite the limits of Non bis in idem. In the drama, Lee Jun-ho will act the lead role as lawyer Choi Do-hyun, who endeavors to re-investigate his father’s murder case.

The singer-turned-actor has built his acting career by playing various roles. While he showed talents in “Rain or Shine” and “Wok of Love,” the actor proved his abilities in other genres in “Manager Kim.” The role in the upcoming drama will give Lee Jun-ho a great opportunity to grow as an actor.

“Confession” will premiere in March through tvN. 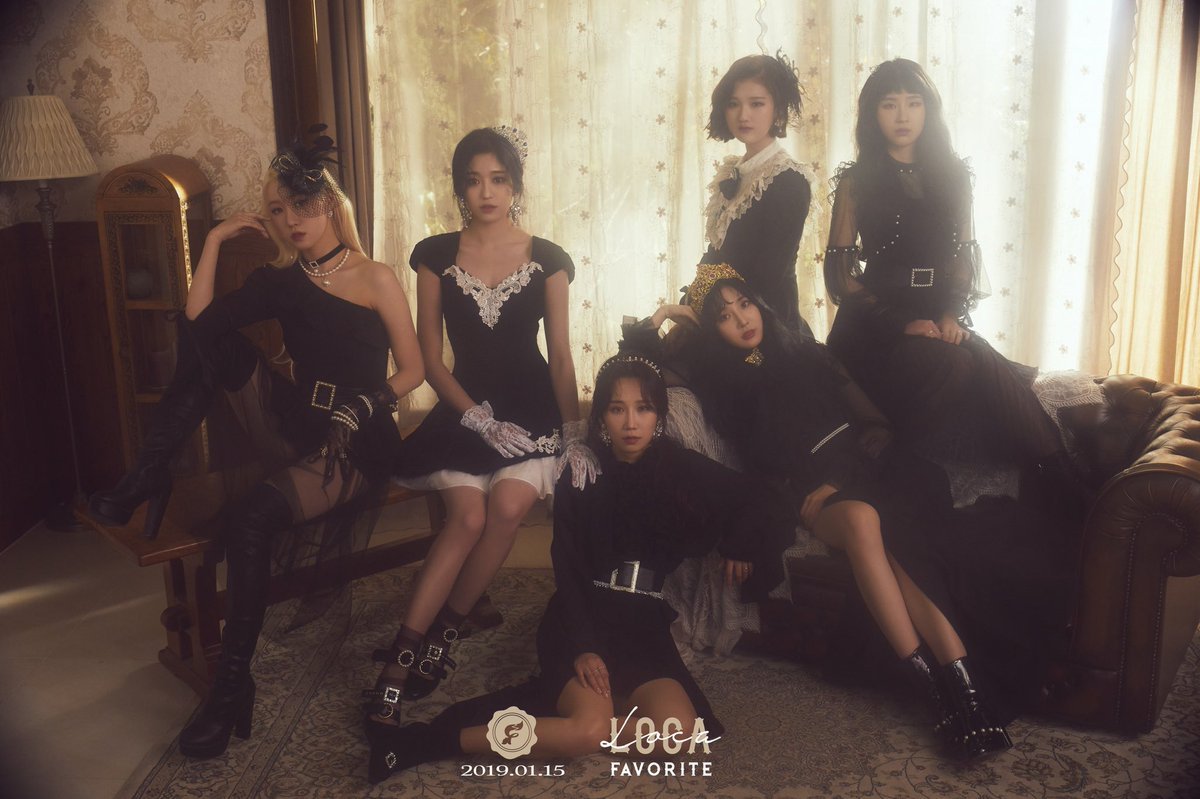 Favorite will release their third mini album, 'Loca', on the 15th January.
They last promoted in May last year with 'Where Are You From?' from their 'Love Loves to Love Love' mini-album.

they received more funding for this makestar project so i hope this means they're steadily gaining traction!
Collapse