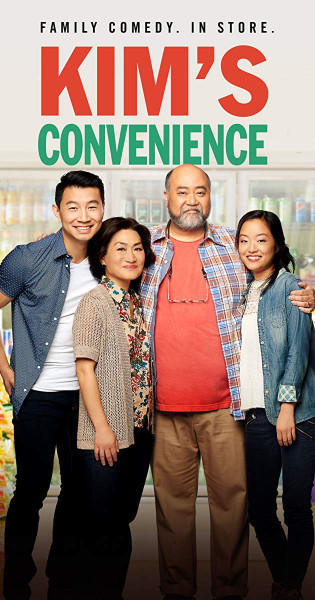 This past Sunday, the Canadian sitcom “Kim’s Convenience” broadcast for the first time on TV Chosun. According to IMDb, the show details the “misadventures” of a Korean-Canadian family running a convenience store in Toronto. The show first started airing in Canada in 2016, and after three months, over 900,000 people had turned in to watch the program.

Since then, actor Paul Sun-Hyung Lee, who plays “Appa,” the father of the family, won the Best Actor Award. Moreover, the producers greenlighted a third season that will begin later this year.

Online video streaming site Netflix took notice craze and popularity of the program and picked it up during the second season. Netflix likely played a huge part in the show’s growth by distributing it to audiences worldwide.

Meanwhile, TV Chosun will air “Kim’s Convenience” at 11:50 a.m. on Saturdays and Sundays. 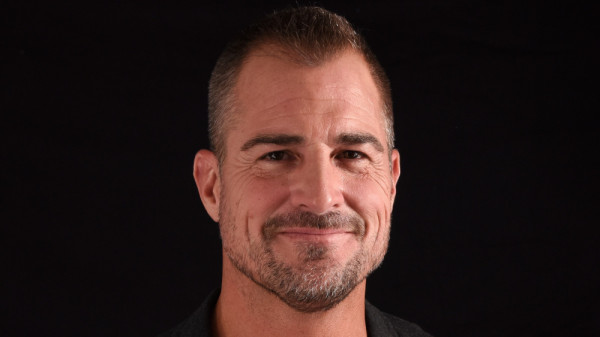 Production is by Taewon Entertainment, a leading production firm headed by Chung Taewon. The company previously made 2016 hit “Operation Chromite,” another Korean War movie, and one which starred Liam Neeson as U.S. General, Douglas MacArthur.


OP got really into CSI through reruns last summer lol. Anyways, Megan has already been seen on set in costume, and a few days ago both she and George met with US service members stationed in Korea.


The girl group special from last week can be found here 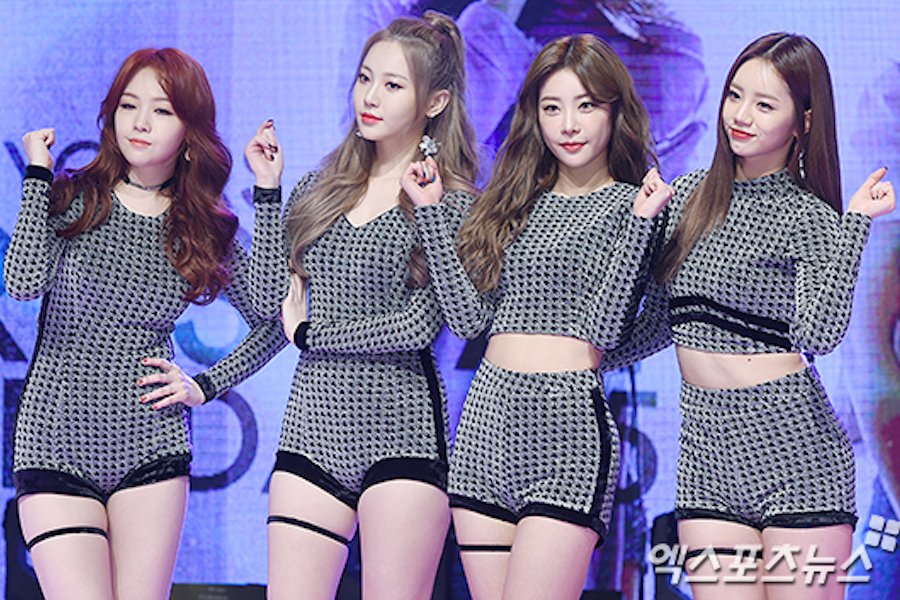 Following reports about Girl’s Day members’ contracts coming to an end, Dream T Entertainment has released an official statement regarding Sojin’s contract and the group’s future.

"Hello, this is Dream T Entertainment. We are relaying our official statement regarding the reports related to Girl’s Day today.
Sojin’s exclusive contract with Dream T Entertainment is expiring in February 2019 and the decision to not renew was made.
The remaining members (Yura, Minah, Hyeri) also have contracts expiring this year, so they are in discussion with the company in many ways.
There is no intention to disband Girl’s Day’s group activities. We are seeking ways for the group to do activities together in the future.
We ask for a lot of support so that all of the members can be more active and branch out into diverse activities.
Thank you."

Son Seung Won Gets Indicted With Detention For Driving Drunk And Without A Licensehttps://t.co/KYhwR8son0 pic.twitter.com/xCI1MlryOB

On January 11, the Seoul Central District Prosecutor’s Office (led by chief prosecutor Hyung Jin Hwi) revealed that actor Son Seung Won had been indicted with detention on January 9. The actor was charged with dangerous driving under the Additional Punishment Law on Specific Crimes and violating the Road Traffic Act by driving drunk and without a license.

Son Seung Won is the first celebrity to be charged after the creation of a new bill called the “Yoon Chang Ho law.” The “Yoon Chang Ho law” refers to a bill that seeks stronger punishment standards for drunk drivers by adding new amendments to the Additional Punishment Law on Specific Crimes and the Road Traffic Act.

On December 26, 2018, Son Seung Won caused a car accident while driving drunk and was caught by citizens while attempting to flee the scene. He had no valid license at the time and his blood alcohol level was 0.206 percent. Also in the car as a passenger was actor Jung Hwi, and it was revealed later that Son Seung Won had originally asked the younger actor to take the blame for the accident.

Son Seung Won was placed under arrest on January 2. The indictments made on January 9 indicate that the prosecutors are formally bringing his case to the court for judgment.

BTOB's Lee Minhyuk to enlist in military on February 7th as a conscripted policeman
https://t.co/Bq26Q9a80E pic.twitter.com/NpLPWfSe5K

An entertainment agency CEO who repeatedly sexually assaulted aspiring entertainers has been sentenced to five years in prison.

According to Yonhap News, the Supreme Court’s third division upheld the original verdict of five years imprisonment in the appeal trial for Lee (41), who was indicted on charges of forced sexual relations by abuse of supervisory power and abuse and fraud by a professional authority. In addition, completion of an 80-hour sexual violence treatment program, seven years of public registered information for sex crimes, and 10 years of employment restrictions on child and adolescent institutions ordered at the second trial have also been confirmed.

Lee was indicted for repeatedly sexually assaulting aspiring entertainers after luring them in with the promise of appearances as supporting actors in dramas unconfirmed for production. Lee was also charged with stealing more than 200 million won (approximately $179,000) from aspiring entertainers on the pretext of paying for management expenses after he tricked them into signing exclusive contracts. In reality, the dramas that he would hold auditions for were not aired by broadcast companies, and even production for the projects was unclear.

Lee was also previously indicted in 2012 on charges of indecent assault on aspiring entertainers and was sentenced to three years and six months in prison before being released in 2015.

it's a behind the scenes look on how the practice went for their Award Show perf of Black on Black. Featuring all 18 debuted NCT members and 10-15 (idk there's so many people) additional dancers. They had to practice in a basketball court.

Ahn Hyo Seop may be joining Park Bo Young in her upcoming drama “Abyss” (working title)! On January 11, StarHaus Entertainment responded to reports that the actor would be starring in the new tvN drama by clarifying, “He has received a casting offer, and he is currently in the midst of reviewing that offer.”

“Abyss” will tell the story of a beautiful female prosecutor and a considerably less attractive man who find their worlds turned upside down when they are mysteriously reincarnated as entirely different people. Park Bo Young previously confirmed in August 2018 that she would be starring as the tough but lovable female prosecutor, who will attempt to uncover the secret behind her reincarnation and will end up unexpectedly finding love in the process.

Ahn Hyo Seop has been offered the role of Cha Min, who finds himself working as the administrator of a law firm after his sudden reincarnation. The actor most recently appeared in the hit SBS drama “30 but 17,” where he stole hearts in his role as an innocent high school student in love with an older woman (played by Shin Hye Sun). 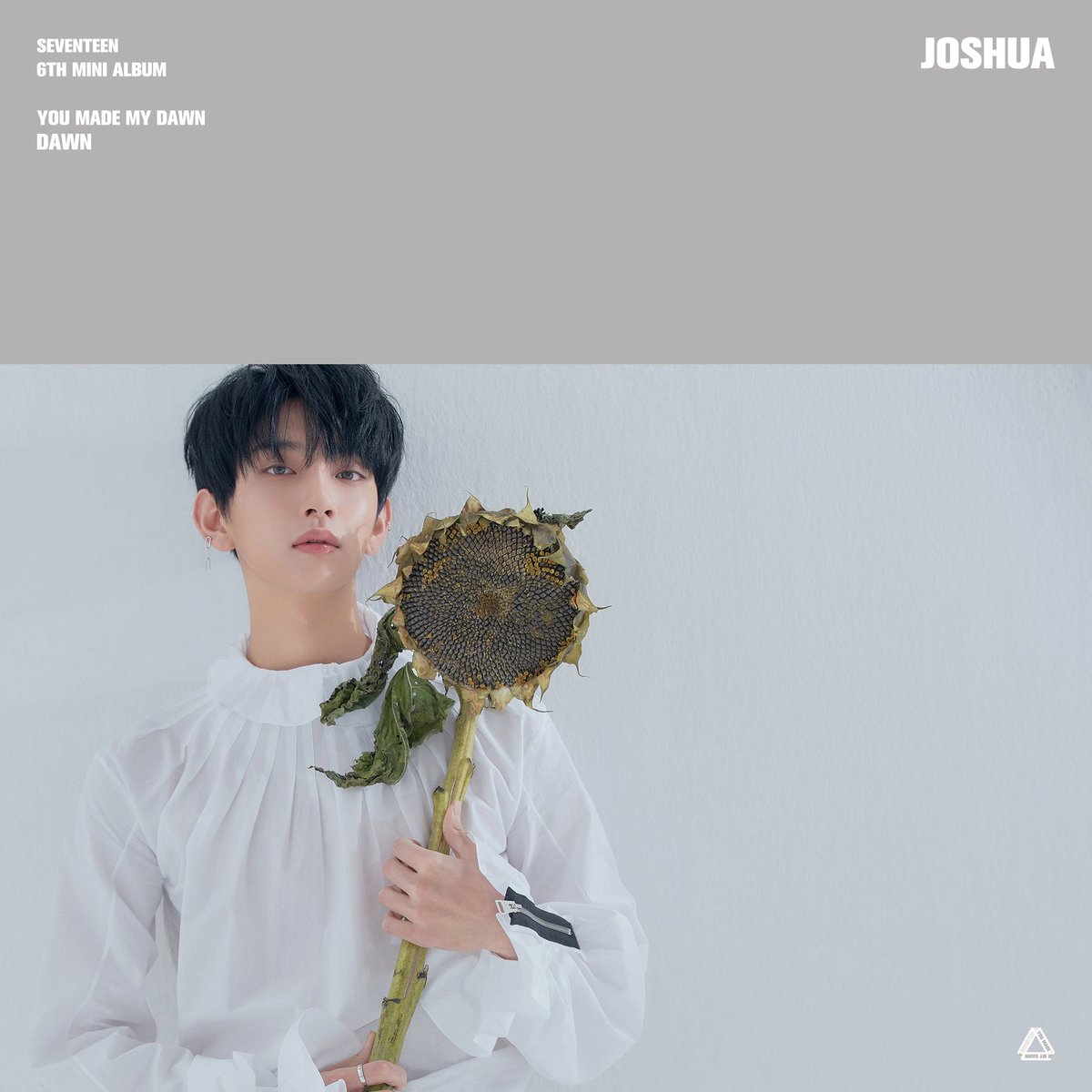 Why is the flower dead???? Also, the website changed again.

Quick because I forgot today was Friday. This week went by so fast for me! Every week I go through the charts for this day in the past and post the top three songs. Then I pick out two more from the top ten as honorable mentions. This week, let’s see who was on the charts for the 2nd week of January, 2012. OP doesn’t remember much from this week, 2012 was such an off year for me lol.


#3 Wonder Girls “The DJ Is Mine”
I keep forgetting about this song lol. This song was for their The Wonder Girls movie (which I also forgot about), and is also all in English. The song would later be included in their Wonder Party album, released later in the summer. 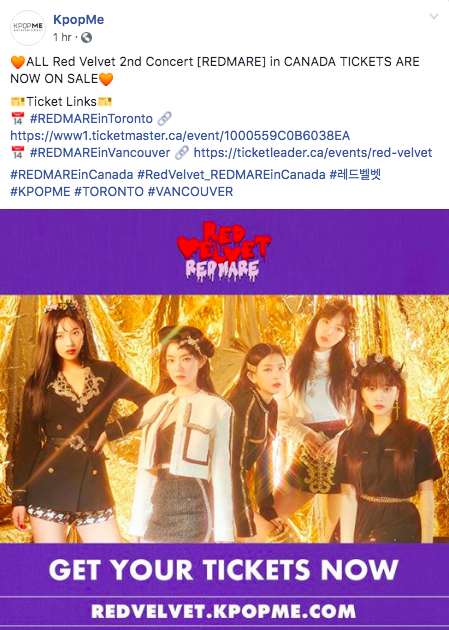 mods, i changed the way i did the post so hopefully it works now!

omona, did you get tickets? i'm super excited to be seeing them!! the ticketing site for vancouver was SHIT and i heard toronto mostly sold out pretty quickly!

Seriously, the song is soooooo beautiful! And watching it legit made me cry. The lyrics so beautiful..

Label V can't tell a debut date but they sub everything to english, I'll take what a can at this point. The rookies are cute and bratty, send them to Dream.
Collapse