How do you like vertical videos/MVs, omona? Do you prefer watching MVs on computer screens or phones?

The episode was so funny, I cried tears during the rap battle and the rock,paper,scissor games they did. There's a small segment of the show missing in this vid (at 37:55 min) where they tested their team telepathy with two more menu choices, but seems like Idol Room Vlive channel hasn't reuploaded that segment, so it's missing in this vid as well. You can watch the missing segment (still unsubbed) here.

Renjun, Jeno, and Jaemin buy lotto tickets and go see an r-rated movie (all while chaperoned because they can't 1. drive and 2. be responsible for their own safety).

subs on the video

is this level of charisma even legal?

The show put together the times EXO came to visit the kids and made it an episode. 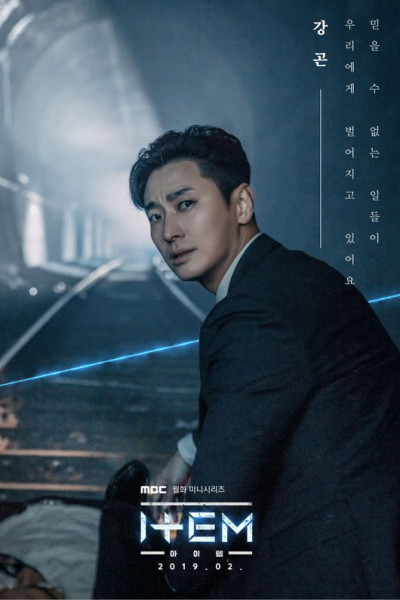 Actor Ju Ji-hoon is keeping himself busy, kicking off the New Year by leading two new dramas. In addition to the first original Korean drama series on Netflix, “Kingdom,” he is taking the lead in MBC’s new fantasy blockbuster drama, “Item.”

The drama, which is to premiere on February 11, follows two people who try to find the secrets behind the “items” that hold special powers. The story has been qualified by its original webtoon’s popularity.

The cast members thrill the audiences as well. In addition to Ju Ji-hoon, talented actors including Jin Se-yeon, Kim Kang-woo, Kim Yoo-ri, and Kim Min-kyo have confirmed to star.

Meanwhile, Netflix will release the first episode of “Kingdom” worldwide on January 25. “Item” will premiere on February 11, following “Less Than Evil.”

Eun Shi Yeon (Gong Hyo Jin) is a police officer and she was demoted to the hit-and-run task force at a police station from the regional investigation unit at the National Police Agency and will work alongside Seo Min Jae (Ryu Jun Yeol), who is the ace officer of the hit-and-run task force. The two will be working to chase down Jung Jae Chul (Jo Jung Suk), who is a former Formula One racer now committing crimes with his madness for speed and cars.