Retro rockers Greta Van Fleet and Atlanta rapper Lil Baby are also scheduled to appear, among others. Lucian Grainge's 2019 Artist Showcase will be held at ROW in Downtown Los Angeles and admission is by-invite only.

For Blackpink, the show is a warm up to a busy week ahead, including appearances on Good Morning America and The Late Show with Stephen Colbert. The wildly popular band will also perform at Coachella in April. 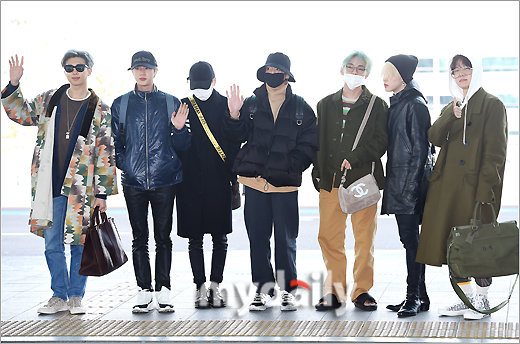 BTS members are heading to Los Angeles for the 61th Grammy Awards. As it was previously revealed, BTS will present an award and it will be their first appearance at the Grammys. Their album Love Yourself: Tear, released in May 2018, is nominated in the best recording package category. On February 7 Mnet has confirmed the broadcast of the 61th Grammy Awards on their channel.