Soyeon is on the credits for every single track and Minnie worked on the last song. Title is called Senorita.

they made her a costume to match so cute.

While the other 5 wonders spent the group's birthday on varied activities YeEun & Hyuna met up to hang out and even dance:

Instead of favorite title track tell me, tell me (t-t-t-t-t-tell me) your favorite WG b-sides omona! 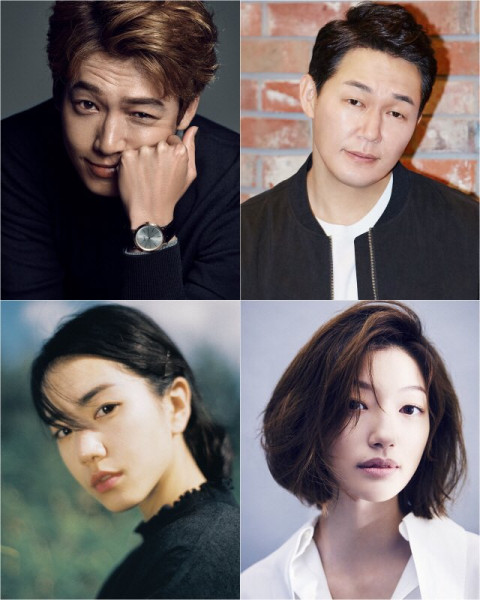 "When The Devil Calls Your Name" follows a star songwriter named Ha Rip (Jung Kyung Ho), who sold his soul to the devil in exchange for money and success. As his contract with the devil nears its end, Ha Rip plays the game of his lifetime, with his life as collateral, to keep his soul. When he finds out that his wealth and success were given to him by stealing the talent and life of a young girl, Ha Rip sets out to restore his own life, as well as the lives of those around him. Park Sung Woong plays the top actor Mo Tae Gang, who is possessed by the devil Ryu, to whom Ha Rip sold his soul.

Up-and-coming actress Lee Seol, who most recently appeared in “Less Than Evil”, takes on the role of the no-name singer-songwriter Lee Kyung, who only knows bad luck. When she becomes known to the world with the help of Ha Rip, her entire life changes, for better or for worse. Lee El is Ji Seo Young, the CEO of Ha Rip’s agency Soul Entertainment. She’s the colleague that Ha Rip trusts and relies on more than anyone, and she’s also his brutal adviser. Son Ji Hyun (formerly known as 4minute's Nam Ji Hyun) will be playing the best friend of Lee Kyung.

“When the Devil Calls Your Name” takes Goethe’s “Faust” as a motif, and will be led by director Min Jin Ki of “Circle” and writer No Hye Young of “Please Come Back, Mister.” The drama is slated to air on tvN in the first half of the year.

Life on Mars reunion! These two have such a cute friendship, I'm really looking forward to seeing them on screen again together. I'm seeing both first half of the year and second half of the year on different sites, so no idea when this is coming out, but it's too far away. This is definitely one of my most anticipated dramas of the year.

LMAO wtf is this video and these lyrics?

Jinyoung's gaze alone in those teasers had more chemistry than 90% of kdrama kiss scenes AND their lips aren't even touching, lawd.

Uh idk if I can just link the soompi tweets like this or do I need to copy the article into the post? @mods
Collapse