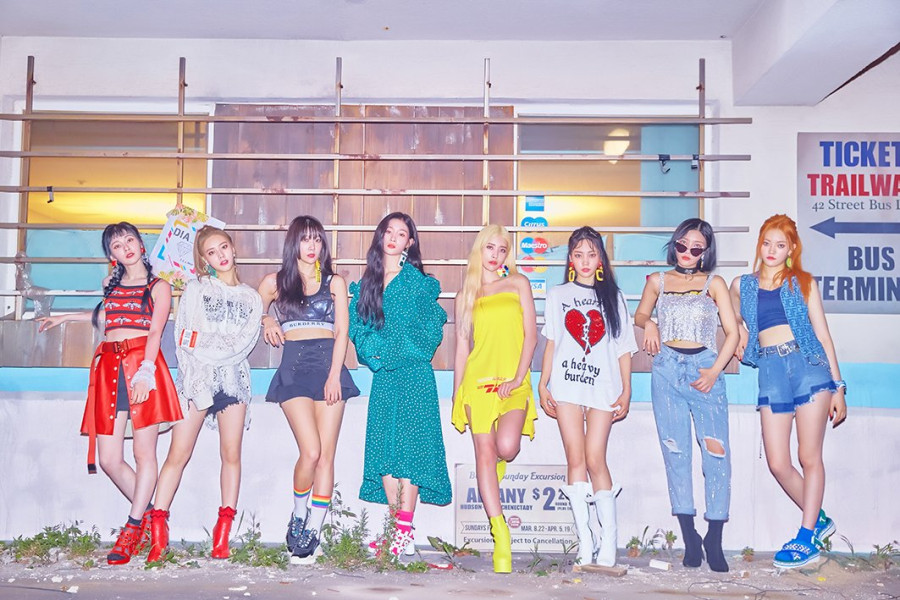 DIA are making their long-awaited comeback on March 21st! MBK Entertainment originally promised a comeback for the group in November, but it was delayed for unknown reasons. They'll be releasing the same "addictive, Bo Peep Bo Peep-like" Shinsadong Tiger song as was announced before.

Jenny will not be participating in this comeback as she is recovering from osteoarthritis in her knee. According to MBK, this problem was diagnosed while they were promoting "WooWoo" last year, explaining her absence from the group over the past few months. 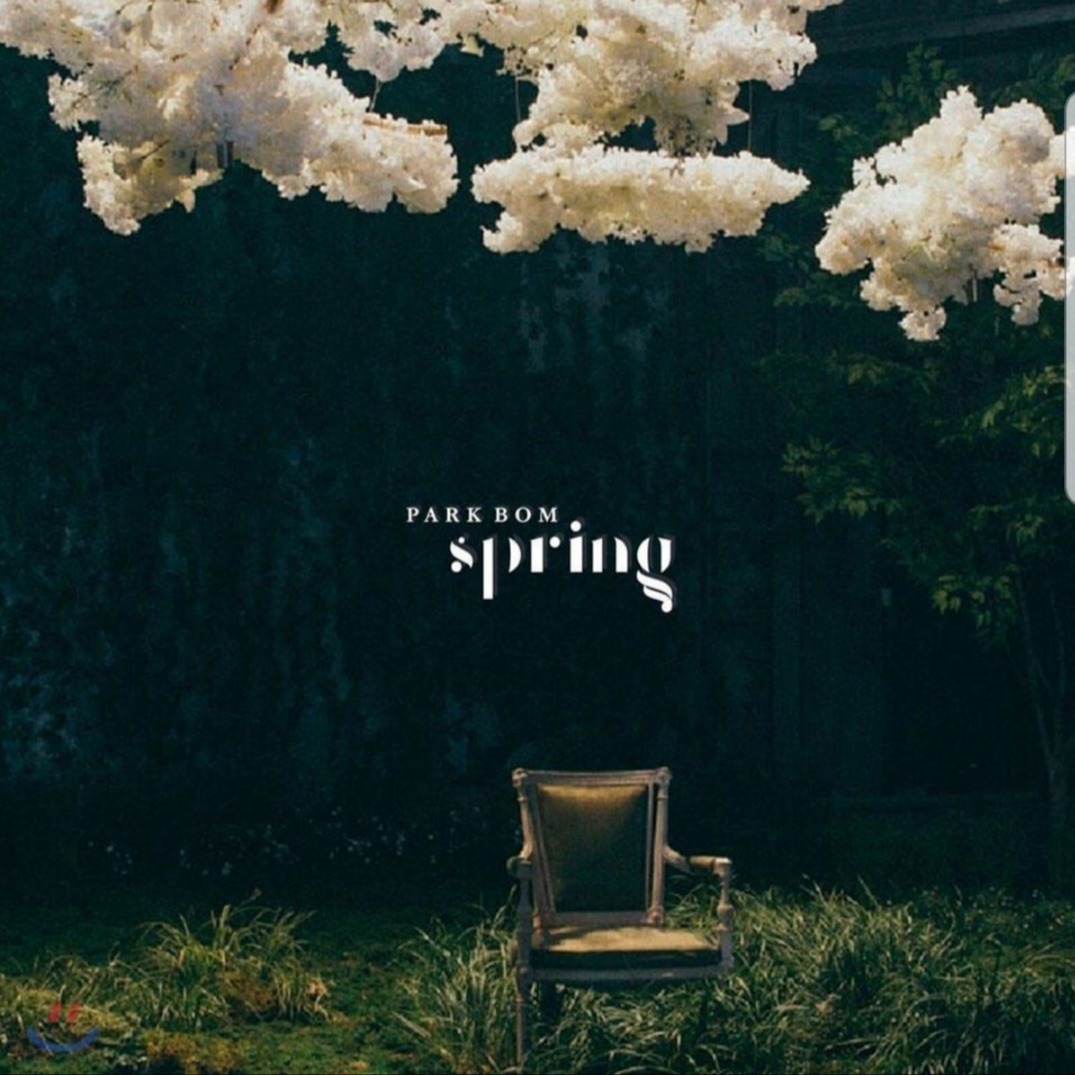 The spring goddess is coming back 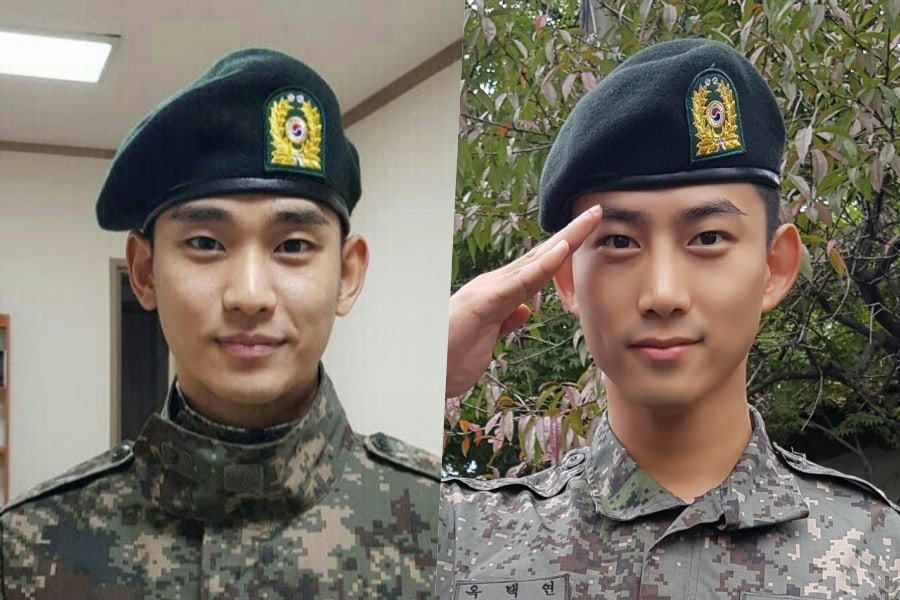 According to a new report, both Kim Soo Hyun and 2PM’s Taecyeon received early promotions during their military service for their exceptional conduct.

On March 4, Korean news outlet Herald Pop reported that the two stars had both been promoted to sergeant earlier than is typical for Korean soldiers. Candidates for early promotion to sergeant are determined based on outstanding performance and good conduct, and the number of recipients is capped at 10 percent of candidates.

As expected from omona original husbands

Context: Their song Rooftop has been steadily moving up the k-charts the past couple weeks. It came out on Jan 2nd and didn't even crack the top 1000 on Melon. Currently it's number 1.

people were asking in that last music show post what was the point of even promoting on music shows as a smaller group...this is one reason why.

Are you stanning this goddess?

Listen to it on Spotify HERE


Here's also a thread (of single tweet translations) of JB and Yugyeom talking about JUS2 and the album (it's an interesting read):


The album's sooooo good you guys omg, this is nothing like they (or kpop imo) has showed us before and right up OP's alley

♡
cute! this was one of the rewards for m/v views but i can't remember the number for it or anything. mx is also wrapping up promotions soon—with goodbye stages on the show + show champ—which marks alligator as one of their shortest promotion periods
SOURCE: starshiptv@youtube

The bass in this song is BOMB.

“Big Issue” is about the battles of the paparazzi who unveil uncomfortable truths about a society overtaken by evil. The new drama will tell the story of a homeless alcoholic who turns his life around and becomes a paparazzo in order to save his daughter, as well as a heartless editor-in-chief who uses her connections to reveal celebrity scandals.

Han Ye Seul will portray Ji Soo Hyun, the editor-in-chief of Korea’s most notorious celebrity scandal paparazzi newspaper “Sunday Report.” Once she catches a whiff of a scandal, she stops at nothing to expose it, and she is such a powerful player in the world of the paparazzi that she is nearly a celebrity herself. She is also the person who lures homeless man Han Suk Joo into the paparazzi world. Joo Jin Mo’s character Han Suk Joo was once a photo journalist, but due to one photo, he loses his home and family.

"Possessed" is a supernatural comedy. Song Sae-byeok stars as a police detective who’s a bit rough around the edges but pure-hearted with a keen investigative instinct. Go Jun-hee costars as a strong-willed medium with strong psychic abilities. She’s strong-willed, but her desire to keep her abilities under wraps has meant she’s had to go through life while keeping people at a distance. When the two meet while Song is on a case, they decide to team up and use their abilities to find and exorcise the long-dead spirit of a notorious murderer. 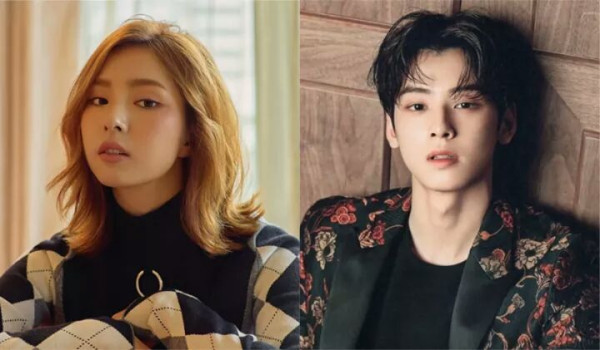 “Rookie Historian Goo Hae Ryung” is a fictional historical drama that tells the story of women in the 19th century who were frowned upon for writing historical records. The drama will fight against outdated prejudice on the basis of gender and social status and show the value of change.

In the drama, Shin Se Kyung will play Goo Hae Ryung, an intern to become a palace historian. She takes one step at a time to create her own destiny in Joseon, where the Confusion ideas are deeply rooted. She wants to fulfill her duties as a historian and prove to the world that everyone is equal. Cha Eun Woo will take on the role of Prince Yi Rim. While second in line to the throne, the prince lives a double life as a lonely prince who has never dated anyone and a popular romance novelist who has the city of Hanyang in the palm of his hands. While juggling both worlds, he meets Goo Hae Ryung and learns of love and the world outside the palace. 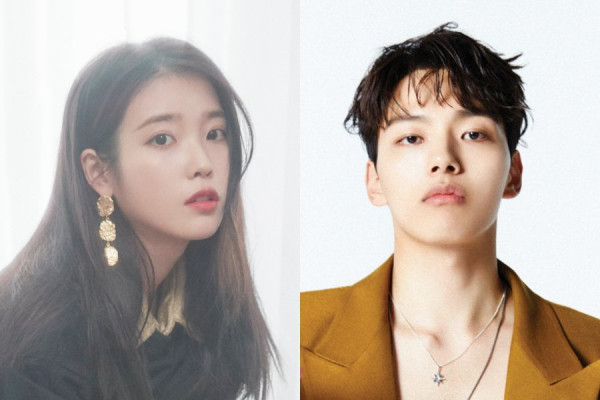 The new fantasy drama “Hotel del Luna” will tell the story of the supernatural phenomena that occur at the mysterious Hotel del Luna in downtown Seoul, where ghosts wander the halls. Yeo Jin Goo will be playing an elite hotelier who, due to a stroke of fate, ends up running the hotel. Meanwhile, IU will be taking the role of a woman who has fallen under a curse as punishment for her wrongdoings.

“Hotel del Luna” will be penned by the famous screenwriting duo known as the Hong Sisters (Hong Jung Eun and Hong Mi Ran), whose previous works include the hit dramas “You’re Beautiful,” “My Girlfriend is a Gumiho,” “Master’s Sun,” and, most recently, “Hwayugi.” The drama will be directed by Oh Choong Hwan of “Doctors” and “While You Were Sleeping.” “Hotel del Luna” is set to premiere sometime in the summer this year via tvN.

I hate that I'm now wary of the Hong Sisters but I like both leads and I like the premise so I'll probably check this out.