On the 27th, Taeyeon revealed on Instagram that she couldn't relate to the lyrics of her latest song until she realized that it was actually about her career.

At first, I couldn't identify at all. I thought it wasn't my story. And I forced myself to adjust. Even though I put in effort. Still I felt my experience and background was different. But now as I listen to "Four Seasons", what suddenly comes to mind is that it's (this song could be about) music, that took up the greatest importance in my life up to the point I turned thirty, and my story. It's about my current state and how I fought and loved music and songs that have accompanied me forever. Something like that.

Not obvious words like "I'm married to music" but truly making music and singing, and all of the emotions that I felt is distilled exactly as is, so now I think "Four Seasons" is totally my song. My feeling right now is truly peculiar. Thankfully, I can sing it sincerely.

Through a set of beautiful teasers posted on their Instagram, inviting fans to their Magic Shop, BTS have announced their 5th Muster (fan meeting), which will take place across four days in two citites.

The first Muster will be held in Busan at the Busan Asiad Auxiliary Stadium on June 15 and 16, and the second will take place in Seoul at the Olympic Gymnastic Arena on June 22 and 23.

We’re so excited to announce that we’ll be performing at the iHeart Radio Show-93.3 #SummerKickOffConcert in #SanDiego on Friday, 5/31! Can’t wait to see all of our #NCTzen there 💚🤗

I'm so excited for them!! Also can they please drop those European tour dates ...

Can't believe we forgot to nominate this queen in the soloist category, shame on us

Her PR team should work with other soloist and GG cause, damn, they're WORKING!!!!

Less EDM and more guitars. She sounds really pretty and the small build up is great but she could have hit that high note so hard during the bridge. It's a shame she doesn't. It falls a little flat at the end.

Happy Friday! I made it out of jury duty alive this week, so I am ready for the weekend! Every week I check out the charts for this day in the past and post the top three songs. Then I pick out two more from the top ten as honorable mentions. This week, let’s see what was on top for the 5th week in March, 2014. The ladies dominate the top three, so I let the guys have the honorable mentions this week.


#3 Orange Caramel “Catallena”
I remember this being super popular, I felt like they promoted this for some time. I love their sushi outfits here so much, I really liked all their styling this era. So pretty! I still laugh whenever I see that compilation video of the song’s opening with their (especially Nana’s) “Hah!” from the live stages.

Produce X101 will premiere on Friday, May 3rd!

On the March 29 broadcast of SBS’s “8 O’Clock News,” it was revealed that a famous idol group member was sued for sexual assault.

During the show, SBS reported that on March 25, an official complaint was filed to the police stating that member A of a famous idol group had sexually assaulted a victim in May of 2010.

It’s being alleged that the idol in question is [Spoiler]SS501’s Kim Hyun Joon, whose agency denied the allegations saying that the victim is “taking advantage of the fact that he is a celebrity”.

Videos of several competitors on TV Chosun's hit show "Ms. Trot for Tomorrow" that searches for a trot diamond in the rough have captured hundreds of thousands of views on YouTube. Some videos have amassed over 1 million views within days after each episode of the show aired on Thursday nights.

The saga of the unknown trot singers on YouTube came as a surprise to many, mainly because of the music genre's "dismal" presence in the local music scene.

That first video was posted just yesterday and already has almost half a million views. According to another article about the show, there are KPop trainees, former group members (I think Rania's Hyeme), and housewives on the show. Honestly I'm gonna start watching because of Jang Yun-jeong, she always has the best reactions lol.

they lift wooseok instead of jinho for the relay. worth watching for that alone. 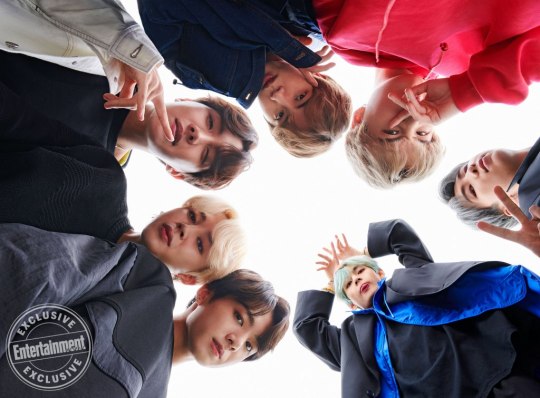 Pop stardom may be a dream job, but the artists who make it still struggle with many of the same realities their fans do.

This week’s EW cover stars BTS have made a point of bringing the feelings nearly everyone experiences at some point in their lives — sadness, loneliness, low self-esteem — into the light, both in their song lyrics and in the missions they support, like their Love Myself campaign (which they presented at a United Nations youth summit last September) and #ENDviolence partnership with UNICEF.

During a recent interview at the Seoul headquarters of their record label Big Hit Entertainment, the band sat down with EW to cover a whole range of topics (their experience at the Grammys, their secret hobbies, why they love John Cena). But they got serious, too, on the topic of mental health.

-Smizes seductively throughout the whole photoshoot.
-He just finished up Terius Behind Me and also concluded his fan meeting.
-Hope the videos showed Mods! 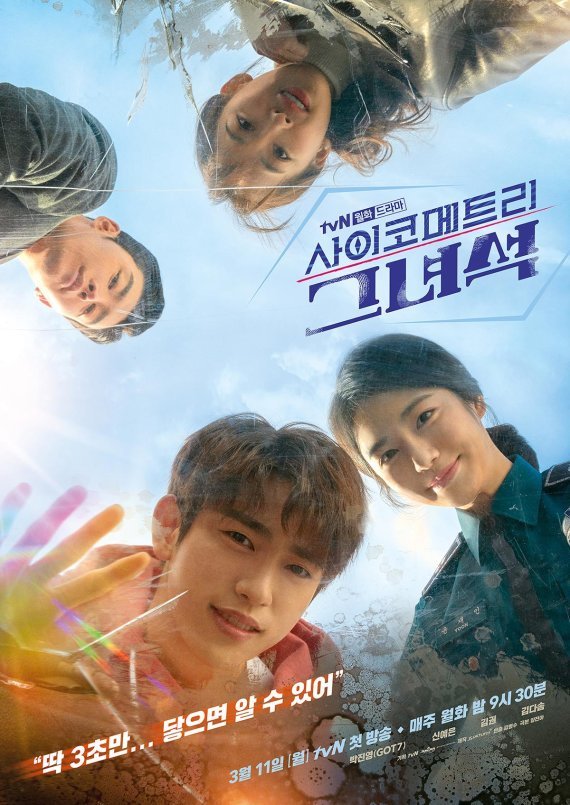 The official ending song sung by JUS2 has been released!

🐱 Round will be open for a little over 48 hours (end on sunday night).

🐷 We'll have one winner for each category

The video was filmed by Johnny while they were in Sapporo for their Japan tour.

She wrote the lyrics for the Korean version of NCT 127's Chain and YouTube comments say she apparently wrote songs for Monsta X and B.A.P as well.