Singers Nam Tae Hyun and Jang Jae In are dating!

The two are currently in the final stages of filming for the upcoming tvN variety show “Studio Vibes,” and it was reported by an inside source on April 22 that they recently started dating.

A present to their fans the video is look behind the scenes in the prep of their comeback + the making of this song. The song features audio clips of their dads and there's a lot of crying. 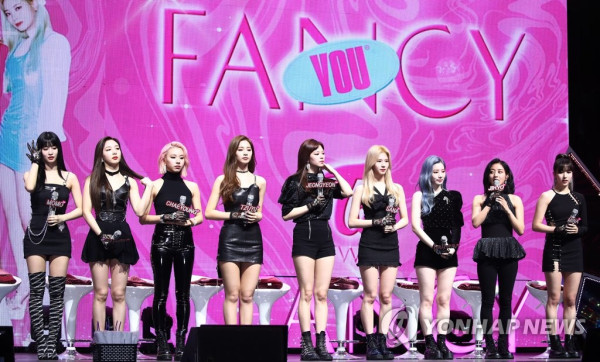 Chart-smashing K-pop girl band TWICE is gearing up for their first solo concerts in United States cities with the release of their new album, "Fancy You," on Monday.

The six-track album marks a major stylistic change for the five-year-old girl group, whose shining and cheering music and dance have appealed widely to fans at home and abroad.

#LUNA of #fx will hold her first solo concert ‘The fragrance of Luna’ in May!
Can’t wait to see her fabulous vocal and charming stage there!

On April 22 local time, Billboard announced that BTS’s title track “Boy With Luv” featuring Halsey off their new mini album “Map of the Soul: Persona” debuted on the Hot 100 chart at No. 8.

Congrats legends! Everything about this comeback makes me so happy and proud! I need new icons asap!! On a side note, is anyone else having issues with LJ posting? Every time I hit the preview button, it automatically submits the post instead!!

After enjoying Ari's show at Coachella, the girls headed backstage to meet and take pictures with her. Jisoo looks different was not in attendance.
( Collapse )

Ariana as Blackpink's new member - what do you think?
Collapse