I don't really see this happening but it'd be nice! 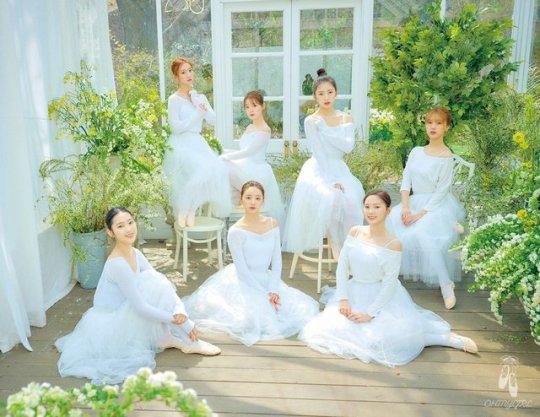 They also released some beautiful paintings-teasers that you can check out at the source.

Members Taeha and Daisy will not participate in the release
https://t.co/uhoajHvoqt

It's a good time for girl groups!

On April 30, several industry insiders stated that the exclusive contracts of TraxX’s members with SM Entertainment have ended. As a result, Jay and Jungmo decided to leave the agency after 15 years of promoting together.

In response, a source from SM Entertainment clarified, “The exclusive contracts of TraxX’s Jay and Jungmo recently expired. Please show a lot of support for the paths they will be walking on in the future.”

The two made their debut in 2004 as members of TRAX, the first-ever rock band to debut under SM Entertainment. In March 2018, the group announced that they will be changing their name to TraxX and expanding their musical spectrum as an EDM group by recruiting DJ and producer Ginjo as a new member.

Robert Holley has admitted to using Philopon (a form of methamphetamine).

On April 30, the Gyeonggi Nambu Provincial Police Agency’s Cyber Crime Division revealed that Robert Holley admitted to purchasing 1 gram of Philopon in mid-March on the Internet, using the drug with a non-Korean acquaintance 20-year-old “A,” and continuing to use the drug at his home alone.

Robert Holley confessed, “I had a lot of broadcast and work-related stress, so I used drugs.” It was also revealed that “A” does not work in the entertainment industry and admitted to using the drug, as well. "Extreme Job," the highest-grossing movie of all time in South Korea, will be remade for U.S. audiences by a leading film studio in Hollywood, the film's distributor said Tuesday.

CJ Entertainment said it will join hands with Universal Pictures to remake the hit Korean comedy for its U.S. edition.

If I remember correctly, his company is also involved in the Sunny remake. 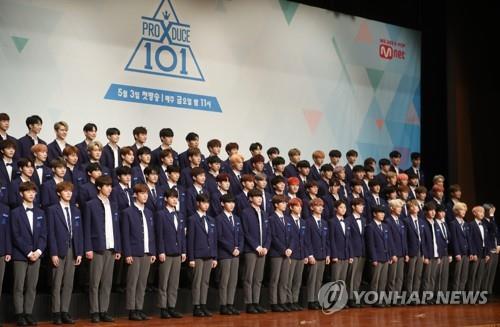 "Produce 101," the high-profile idol competition TV show by cable channel Mnet, will start its fourth season this week to put together a new boy band that will follow the popular acts Wanna One and IZ*ONE.

A total of 101 young male idol wannabes will compete for the fourth season, titled "Produce X 101," a fan-voted idol competition show, whose first episode will hit the small screen at 11:00 p.m. Friday. The new season of the weekly show runs for a total of 12 episodes. 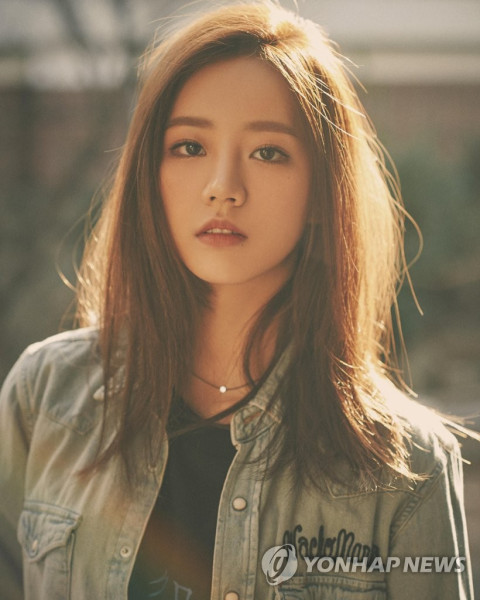 Creative Group ING, an advertisement company, said Tuesday that it has signed Hyeri as its first star artist to manage.

We asked fans around the world what they'd do when it comes to crushes, roommates, and sticky real-life situations. Watch Jisoo, Jinyoung, Kang Tae-oh, and Choi Ri try to guess the most popular answers. Winner gets a special prize! And so do you!

Meiqi released her first solo digital EP '犟' (Jiang) last week and it finally has a ridiculously amazing performance MV. The sales were also ridiculous with 600,000 copies sold within the first minute and one million copies sold in 19 minutes.
( Collapse )


Personally I haven't heard much about the issue of North Korean women being trafficked to China so I found this to be quite eye-opening.

Omona, what's your favorite shoe brand? Do you own Puma shoes?

Two days post his enlistment Xiumin will have a station song. It is titled 이유 (You). It will be released 05/09/19 at 6pm KST.

"I've decided to shoot things like video interviews and appearances without makeup, and I’m not shaving my beard as often. What am I hiding? I want to be myself."
— @GOT7Official's @JacksonWang852 https://t.co/dpUgWtxqPw

they did him dirty with that cover shot
( Collapse )

I had kinda ignored this at first when it came out a few days ago but it's actually an... interesting read. 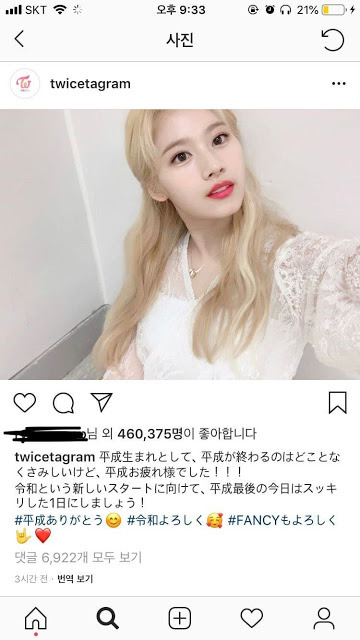 Translation: "As someone born in the Heisei era, I'm sad that the Heisei era is coming to an end, however, Heisei you have worked hard, it's the beginning of the Reiwa era, so I'm going to face this beginning and complete the last day of Heisei neatly"

(OP note: With the recent retirement of Emperor Akihito, the old Heisei era is ending and the Reiwa era is beginning.)

Watch all the way until the end!