Source: XingPark
what universe is this? I did not expect this lol 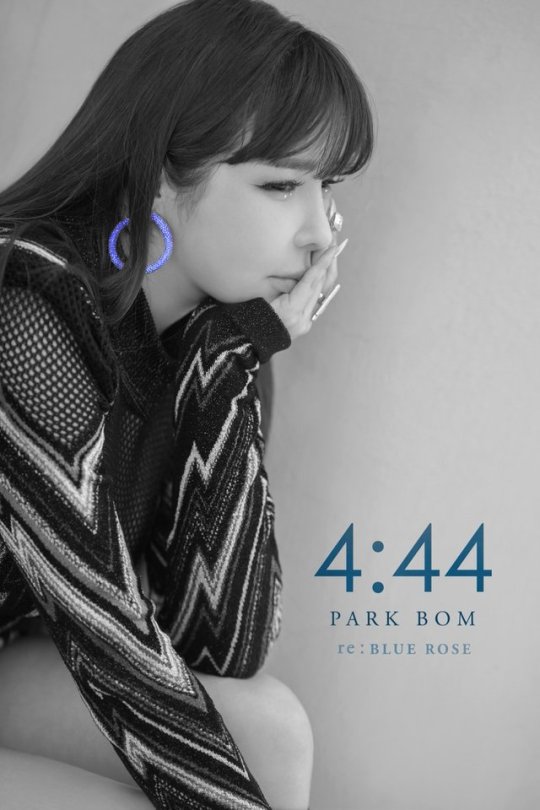 Park Bom talked about her new album in a recent interview!

On May 2, Park Bom will be releasing her repackaged album “re: Blue Rose.” The title track “4:44” will feature MAMAMOO’s Wheein.

On her fast return after the release of “Spring,” Park Bom stated that while working on the songs, they had made another song with a spring feel that had a different concept [from “Spring”], and she wanted to release the new song before it became too late for the season.

Park Bom also talked about the meaning behind the title of her new album and track. She said, “The blue rose is a flower I like, and it represents hope and miracles,” and she thought that the album title was fitting for both “Spring” and “4:44.” The story behind the new album and track can be interpreted as the story that encompasses the darkness before a flower blooms, the flower blooming when spring comes, and the flower wilting after spring passes. She explained that flowers wilt so that they can bear fruits that are even more beautiful than themselves.

When asked about the meaning of “4:44,” Park Bom explained that she tried to represent the time in which a person longs for their past lover. Regarding Wheein’s featuring, she added, “Her soulful and sophisticated voice mixed in well with the dreamy sound.”

Park Bom also talked about how it was to work with Wheein. She shared, “Actually, during my activities for my last album, I promoted at the same time as MAMAMOO, and at the time, I wanted to get closer to them. While preparing for the album, the idea of Wheein featuring in the song was brought up coincidentally, and I thought it was a great idea. I’m glad that an even better song came out because I was able to work with her.”

Finally, Park Bom also talked about her plans for the rest of 2019, which included her plans to return with more albums, including a mini album.

sources: Coffee Table / All the K-Pop


Joah and Hada take a trip to the doctor, and someone needs to get some shots. Then they met up with their mother, and take family pictures together. Lol at Beomjune taking the time out of the show to look for ugly pictures. Seungjae comes to Rawon's house to celebrate her little sister's big day. Naeun and her father spend the morning letting Gunho go wild at home, then head over to the bookstore so he could run wild some more. William and Ben go to the kids cafe, where Ben is a really good jumper. William is really proud of being potty trained, but has a little setback.

BTS performed their new hit song "Boy With Luv" at the BBMAS together with Halsey and took home two awards - Top Social Artist (for the third year in the row) and Top Duo / Group.

Sorry I couldn't find a better video, mods, I hope the fancam is okay. Sadly all the official recordings get deleted pretty quickly. Congrats to the boys, though!!!

(Back in February, BTS posted selfies of themselves with Dior designer Kim Jones. Now we know why.) 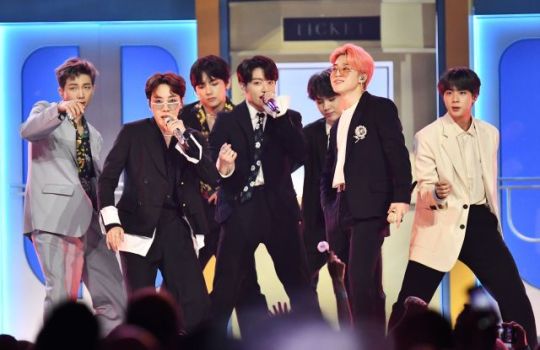 SELF-LOVE: Kim Jones has designed stage outfits for South Korean boy band sensation BTS to wear on the next leg of its “Love Yourself: Speak Yourself” world tour, kicking off in Los Angeles on Saturday.

NU'EST just made a successful comeback with their sixth mini album "Happily Ever After". On Mnet Countdown, their first comeback stage, they performed "BET BET" and "Segno", both tracks from their new album, and "Hello" from their 2014 studio album "Re:Birth".

there has been so much 127 news lately, it's hard to keep up! these are just a few of their press videos so far. the MTV News and Teen Vogue videos are A+ content

EDIT: Comeback is confirmed for the 15th and looks like LE and Solji are prepping for solo debuts

Chungha’s fans BYULHARANG will soon be able to cheer her on with an official light stick!

The design for her light stick was revealed on April 25 KST, and it includes the moon and star seen in her logo. More details will be announced at a later date.

Stephen Colbert has a SUPER(group)-sized announcement! The biggest boyband in the world @BTS_bighit is headed to the Ed Sullivan Theater on Wednesday, May 15th! 🎤🎶 #BTSonLSSC pic.twitter.com/pIHlqcY5S0