Ok so the previous video teasers were a ruse because they saved all the super cool technology effects for the MV. So excited!

This are the two songs that can be the title track. The voting starts tomorrow and there will also be the performance mv teasers for both songs. I swear to God if Atiny don't vote for Illusion...


Give me all the melodrama in that second teaser lol. Staring Oh Chang-Suk & Yoon So-Yi.

ok these are cute!!

VIXX Leo, Hongbin, Ken & Hyuk have renewed their contracts w/ Jellyfish. Ravi has decided to eatablish his own independent label but will still work w/ Jellyfish for future potential VIXX activities. N’s contract to be discussed after he completes his army https://t.co/F6Z0yBmWjw pic.twitter.com/lNXI5SsvGx

The release schedule of NCT 127 'Superhuman' MV will be changed in order to improve the final quality.
We apologize for the confusion caused.

The new release date / time has not been scheduled yet.

This is so tragic that I'm just laughing at this point .. But hey, at least they're fixing whatever was wrong!

EDIT: Apparently it leaked on qq ... I'm not gonna watch that, I'd feel too damn guilty, hah. 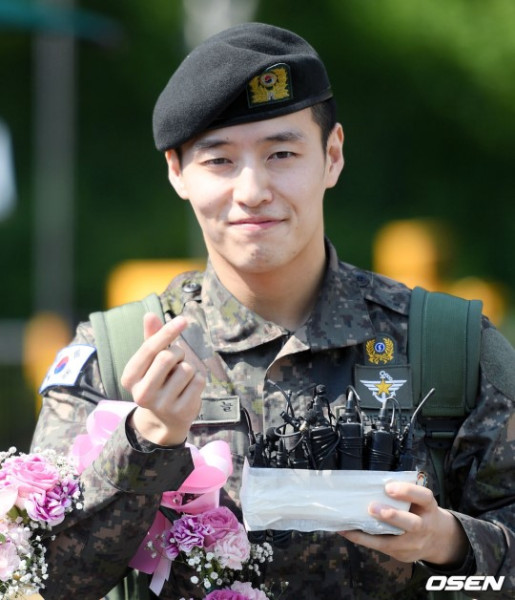 Kang Ha Neul is officially back from the military! On May 23, after successfully completing his mandatory military service and being discharged from the Gyeryongdae Service Support Corps in Daejeon, the actor greeted both fans and reporters as a civilian.

Expressed his surprise at the crowd who had gathered to see him, a visibly flustered Kang Ha Neul couldn’t stop giggling as he remarked, “This is my first time being discharged, so I don’t know what to say. I’m grateful that so many people have come to see me.” He added, “I’m embarrassed, but I’m also happy.”

When asked about his experience in the military, Omona's rightful Sexiest Man 2017 commented, “I really learned a lot, and it was a very happy time for me. Lots of things happened, and I studied a lot and read a lot of books. I think it was a really meaningful two years.” He added, “Thank you so much to everyone who waited for me.”

Earlier this week, the actor confirmed that he will be making his small-screen return through the upcoming KBS romantic comedy “When the Camellia Blooms”.

We did it, guys! And now we get blessed with romcom Kang Ha Neul, I'm so happy.

The choreo has so many beautiful parts in it omw

Her self-titled album is available for listening on Spotify.


ARTHDAL CHRONICLES tells the story of an epic struggle for power and the birth of a kingdom in a mythical land, and comes from the award-winning director of MISAENG and SIGNAL and the writing team behind SIX FLYING DRAGONS. Starring Song Joong-ki, Jang Dong-gun, Kim Ji-won, and Kim Ok-vin. Arthdal Chronicles arrives on Netflix in June.

On May 15, Jeonnam Girls’ Commercial High School held a ceremony to celebrate the scholarships provided by BTS’s J-Hope.

Choontae Academy stated that they decided to use the money to support Jeonnam Girls’ Commercial High School, which is also part of the foundation, with scholarships for five years. They revealed that they would give 500,000 won (approximately $420) to 10 students every year.