BTS is taking over the world one step at a time, and their latest move is an invitation from the Recording Academy to join its Class of 2019 and become members. Bang Si-Hyuk, the CEO and Executive Producer of the septet's label Big Hit Entertainment, was also offered a membership to the coveted Academy.

"The invitation is a reflection of their numerable contributions to music, as they now join the ranks of other incredible music creators in the opportunity to help keep music in schools and introduce its power to young people everywhere," reads a press release. "Bang Si-Hyuk will be joining the Academy as a Professional member, which is the membership type for music executives, managers, publicists, agents, and other team members that work to support music creators."

Though the Korean group presented at the 2019 GRAMMY Awards, they weren't nominated for any golden gramophones. We have a feeling that won't be the case when the nominees for next year are revealed.

For now, BTS are busy wrapping up the European leg of their LOVE YOURSELF: SPEAK YOURSELF world tour before heading to Japan to finish out their remaining dates in July.

Have a happy weekend~ 🌻

MANILA - The goal was to get their hands on the precious autographs of Korean pop group Blackpink, and in the process of doing so, fans of the group spent tens of thousands of pesos on products they don't really need just so they can be part of the leaderboard. 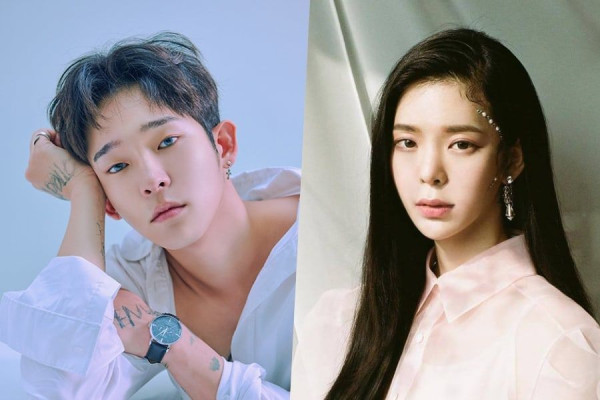 Music artist Jang Jane, whose romance with former K-pop boy band member Nam Tae-hyun went public in April, said Friday he had been cheating on her.

Jang disclosed on Instagram a screenshot of an online chatroom conversation between Nam and an unknown woman he dated behind Jang's back.

In the chatroom, the woman, after learning that Nam's relationship with Jang was not finished yet, accuses him of lying to her. The woman reportedly heard from a friend that she had seen Nam and Jang together at a movie theater in Seoul's Yongsan District.

Apparently she's a former member of the girl group Evol and now she's a soloist. The song is so good and funky. Her voice is also so strong

Source: all the k-pop, SAAY world

It’s Friday! This week flew by and I’m not feeling crappy. Hope you had a better week! Every week I go through the charts for this day in the past and share the top three songs. Then I pick out two more from the top ten as honorable mentions. This week, we’ll go back 8 years to the 1st week of June, 2011. Some of the songs were posted before, so there will be some live stages.


#3 2NE1 “Lonely”
This is one of my top favs from them, I really adore this song. Even the instrumental I think is so pretty. And they all sound and look so good! Vampire Dara with that pretty face ughhhh. I’ve never been much more than a casual fan of the group, but watching them together like this makes my heart hurt now. But they still care for and support each other so yay sisterhood!

NCT 127 won with "Superhuman", but no video of their win is available yet.


I thought it was just going to be a single song, but I guess there's more.

Can we finally get even a somewhat sexy sub-unit??
Mods, I have very little experience with making posts so I hope this works

Sorry for the late post, I was at Sunmi's concert :))