With the knowledge that he would have to enlist within 2019, Lee Hong Ki has been busy with activities in a variety of fields. He released his solo album “Do N Do” last October and then along with the other FTISLAND members, successfully held concerts both domestically and overseas this year.

He recently chose the musical “I Loved You” (literal title) and has been busy with rehearsals. However, with his enlistment date set just ten days after the show opens, he will unfortunately have to step down midway. As most celebrities these days do not try to push back enlistment dates due to ongoing official activities, Lee Hong Ki is expected to do the same. The schedule released by the production company indicates that Lee Hong Ki will be performing on September 29, the day before his enlistment.

Lee Hong Ki is set to be the first member of FTISLAND to enlist.

With lyrics written by Peniel, Beenzino, as well as KAIROS, “Flip” is a confident hip hop track that talks about not caring what others think.

I like Peniel a lot, he seems like a chill dude, but his rapping skills and rhymes....

Following the announcement of MYTEEN’s disbandment, Chunjin has spoken up through his social media.

He wrote, “When I think about the past moments and memories with You”th during the past three years, I feel regret at not doing my best even more and upset that we cannot spend more time together.”

Regarding the disbandment, Chunjin said, “After hearing about the sudden disbandment news I did not know what to do. I didn’t want to believe it, so I denied reality and thought of it as a dream.”

Lee Dong Gun and Jeon Hye Bin will be starring in TV Chosun’s remake of the American drama series “Leverage”! [The series] which ran from 2008 to 2012 in the United States, followed a former insurance investigator who led a team of thieves and con artists in pulling elaborate scams on the wealthy and corrupt.

The Korean remake, titled “Leverage: Con Artists” (literal title), will tell the story of Lee Tae Joon, an elite insurance investigator turned scam strategist who recruits the best “players” in order to catch the real criminals who think they’re above the law.

JEON HYE BIN! JEON HYE BIN!
(The premiere is 1.5 months away, and they havent even locked down all the roles yet? Hoping this will work out!!!)

On August 27, Seo Eun Soo’s agency revealed, “[Seo Eun Soo] has received an offer [to star in the drama], and she is currently reviewing it.” The agency of JYJ’s Kim Jaejoong also gave an update, saying, “He’s currently in talks to appear on the show. Nothing has been confirmed yet.”

“Jane the Virgin” is an American comedy TV series that tells the story of 23-year-old virgin Jane, who becomes pregnant after she is accidentally inseminated artificially by her gynecologist.

YG Entertainment has clarified to a report about the agency’s trainees allegedly leaving the agency and signing on with others.

Earlier on August 27, news outlet EDaily cited industry sources and reported that YG trainees, including those who appeared on “Treasure Box” and “Produce X 101,” were in discussion with other agencies about transferring from YG Entertainment.

Regarding the report, YG Entertainment stated to MyDaily, “All staff members are working in the same way as usual. Plans are going as scheduled without any setbacks.”

Previously in July, it was reported that TREASURE 13’s debut project had been postponed, and YG Entertainment commented that they had nothing to say on the matter.

A source from Zico’s agency KOZ Entertainment revealed on August 27, “Zico is preparing for his comeback. It is scheduled for late September.” The release is likely to be a mini album.

Following the release of “SoulMate” featuring IU in July 2018, this will be his first release in approximately one year and two months. This will also be his first solo album since parting ways with Seven Seasons. Earlier in the month, FANXY CHILD (crew including Zico, Crush, Dean, Penomeco, Millic, and Stay Tuned) held a concert during which Zico revealed a new song titled “One Man Show.”

On August 24, tvN’s new program “Laborhood on Hire” aired its very first episode, featuring Lee Hyori and her husband Lee Sang Soon as guests. The brand-new variety show, which stars Yoo Jae Suk, features people working hard together in places that lack employees—then using the money they earned for a good cause.

According to Nielsen Korea, the series premiere of “Laborhood on Hire” scored an average viewership rating of 4.9 percent nationwide, making it the most-watched cable network variety show of the night (not including generalist networks). Additionally, its premiere ratings marked a significant increase from the final episode of tvN’s “High School Lunch Cook-Off,” the show that previously occupied its time slot.

N.flying stars in the music video!

I love to watch him dance 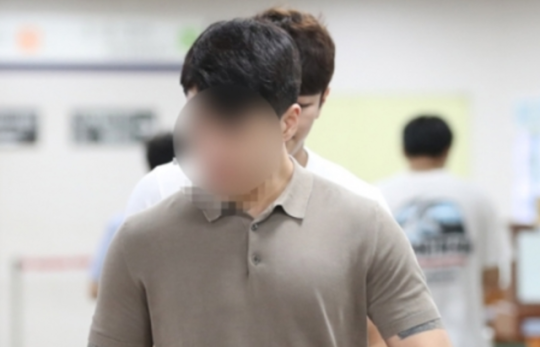 Lee Moon Ho, the CEO of the infamous club Burning Sun, has received a suspended sentence for his charges of habitual drug use.

Back in July, the prosecution demanded a prison sentence of two years and six months. Lee Moon Ho was indicted on charges of taking drugs such as ecstasy and ketamine over 10 times in 2018 to February 2019.

On August 22, Justice Lee Ki Hong of the Seoul Central District Court ruled that Lee Moon Ho would receive a one year and six month prison sentence suspended for three years of probation. He has also been ordered to perform 200 hours of community service.

They all f**king look good on stage! ( Collapse )
Collapse