i love this song! too bad it's basically an FMV, lol.

don't let the opening fool you; the actual song sounds nothing like that. this sounds like it never went past the demo phase. 😬

Now that all 9 are out, whose teaser or comeback look is your favorite?


It’s Rawon’s first time at a traditional market, but she adjusted pretty quickly to everything old school, no surprise lol. Then she and her father eats some delicious fried chicken. Sian is still at his soccer training camp with his friends. Jooho takes the kids on a quick getaway. They take a ferry, eat some crab, and play some hide and seek. They seriously mention Gunhoo’s cankles every episode lol. William and Bentley meet up with a friend and play in the water. William tries water skiing for the first time, and treats the cameramen uncles. Then they have some galbi and Ben could really have his own cooking/eating show.

Open to: All, detailed results viewable to: All. Participants: 21

What are your favorite tracks?

What are your favorite tracks? How do you like the album? How does it compare to your current favorite Seventeen album?
Also, they will probably perform Snap Shoot as a B-side (maybe Happy Ending as well), since Pledis uploaded the fanchants for those two songs! So, for everyone who wants a bright Seventeen-song, definitely check out the Snap Shoot performance :-) 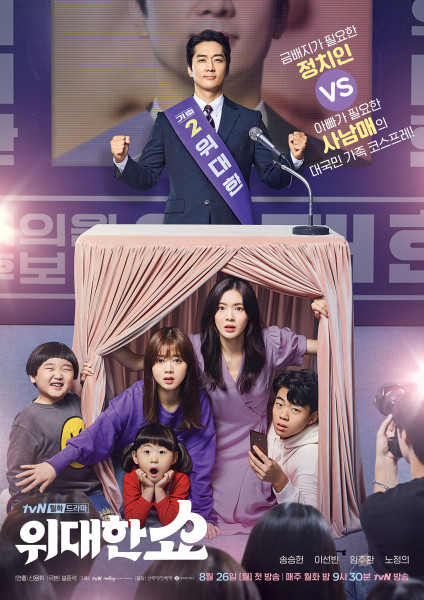 PLOT: Assemblyman Wi Dae Han was a competent assemblyman who only had a bright future ahead. However, he didn’t win the general election due to a scandal. As the saying goes, he becomes a person less than human for losing. He starts from the bottom again and prepares to become the assemblyman again. But unexpected guests appear at his place. A highschool girl with her siblings come from nowhere, and she insists that he is her birth father. Dae Han has no affection to the children, but he accepts the siblings as his family. His goal is to put up a show and set up a new image. But unexpectedly, he finds out that raising children was much tougher than being an assemblyman. In their relationship, Dae Han becomes a real father.


These 2 episodes highlights the point that sometimes, our opinion about certain things changes because we have personally experienced it. With all honesty..til now, I can't really say if I'm pro or anti abortion even if at one point in my life I had to make a decision on this.

[UPDATE] Pledis confirms NU'EST is gearing up for their comeback slated for October 21st https://t.co/d6xcMDY0XP pic.twitter.com/Ovv1Np2D2k

Track 9 arranged by Suhyun! Also, I love her dress, I need it to frolic.