Oooh my favorite girl covered a song I listen to all the time! Pleasant surprise :) also Jiu in menswear is always welcome

the album has really grown on me *_*
this floor move + the bit where Haein cradles Solbin & Soyeon are my fave parts of the choreo!

I absolutely LOVE it.


"Vagabond" reunites Seunggi and Suzy after six years! It's a good start for me and Lee Seunggi once again proved to me that he's such a good actor. He made me cry on the very first episode! Suzy of course still gets so much hate for her acting but I'm neutral. So many kdramas premiered this month I've been thinking of creating a post that lists them all with a short summary and cast list so Omona can choose which one to pick up. Maybe tomorrow =)

#AKMU '어떻게 이별까지 사랑하겠어, 널 사랑하는 거지
(How can I love the heartbreak, you're the one I love)'
M/V MOOD TEASER #1

Mia covers Taeyeon's "All About You"

On September 23, it was reported that SONAMOO’s Nahyun and Sumin had sent a certification of contents to TS Entertainment to terminate their contracts back in May.

Reportedly, TS Entertainment refused to carry out the certification of contents and Nahyun and Sumin filed a lawsuit in August to affirm the non-existence of their exclusive contracts.

The legal firm in charge of the case confirmed the report to Star News and said that TS Entertainment had not yet responded to the filing. The lawyer added that Nahyun and Sumin will wait until the beginning of October for a response before pursuing other actions as determined by the court.

When asked for a statement, TS Entertainment responded, “We have confirmed that Nahyun and Sumin have filed a lawsuit against our agency claiming that our exclusive contract is non-existent. We will organize an official response as soon as possible.”

Meanwhile, TS Entertainment is already involved in a legal dispute with one of their former artists, Sleepy. The agency settled their lawsuit with another former artist, Jun Hyosung, earlier this year, but stated that they intend to pursue another lawsuit against her. The agency has also announced their intention to pursue legal action against Song Ji Eun, who terminated her contract with them in April.

heres a screenrecording of everything she said since girly wanted to delete all her tweets 💆🏾‍♀️💆🏾‍♀️pic.twitter.com/FL35sNT2wj

Rapper Cupcakke recently tweeted some comments about K-pop (and Chungha in particular). Previously in late 2017, Cupcakke made some thirst tweets about Jungkook and received backlash from BTS fans which included death threats.

Not long after making the tweets about Chungha, Cupcakke deleted her Twitter account and announced her retirement.

I totally understand her being turned off by K-pop and its fans after the BTS incident, and K-pop twitter's practice of replying to everything with fancams is just annoying. But I think mocking Chungha's name and belittling her dance skills/the skills of K-pop artists as a whole is racist and going too far. Considering everything else happening with Cupcakke right now it seems she may be going through a mental health crisis and I do hope she's okay.

This song has really grown on me! 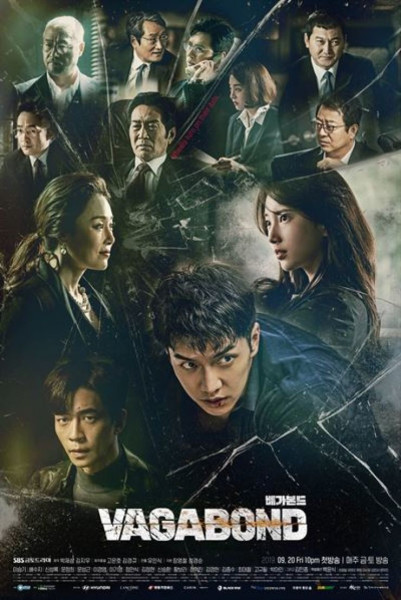 SBS's action-thriller drama "Vagabond" has got off to a good start, with its first two episodes aired on Friday and Saturday garnering over 10 percent viewership.

The big-budget series, starring singer-actors Suzy and Lee Seung-gi, also was the most watched program in the 10-11 p.m. time slot. According to Nielsen Korea, it gained ratings of 10.4 and 10.3 percent, respectively.

Jessica, Dara, Rose and Suzy were all spotted at the airport today heading to Paris Fashion Week. Which look is your fave? Comment it down below!
( Collapse )

Open to: All, detailed results viewable to: All. Participants: 80

Who has the best outfit?