I love my sentimental April 17 babies! The song is really beautiful =) I'm not familiar with the song so I looked for translations and fell in love with it. Another wonderful discovery! My faves doings covers like this introduced me to other artists like how I learned about Standing Egg, NOEL and Jung Joon Il through BTOB. So thanks Jinho and Hongseok for doing this cover.

grab a tea and a warm blanket (unless you're in my city where it's supposed to be 32C today jfc) and get cozy. yes, this is another ballad event only, but with guitars this time.

After 2 months of delays due to injury TXT will return later this month.

The police have carried out search and seizures of entertainment agencies in their investigation of vote manipulation during Mnet’s “Produce X 101.”

On October 1, the Cyber Investigation Unit of the Seoul Metropolitan Police Agency conducted searches of agencies including Starship Entertainment, MBK Entertainment, and Woollim Entertainment to search for materials related to vote manipulation in the “Produce X 101” series. This investigation of agencies comes after searches at Mnet headquarters and the text vote data company.

Starship Entertainment released a statement regarding the investigation. The agency told media outlet Newsen, “We are aware that the police are collectively investigating CJ ENM and related companies for suspicions of vote manipulation during the ‘Produce’ program. We will diligently meet the police’s requests for cooperation.”

A source from the police also provided an update, saying, “We have questioned the production team of the show and are currently analyzing the original data. Afterwards, we will conduct additional questioning of related parties.”

“Produce X 101” is currently under investigation for suspicions of vote manipulation after votes for the finale were called into question for being statistically impossible. Since the allegations came to light, suspicions have been brought up for the previous seasons of “Produce 101” and the 2018 survival show “Idol School.”

Jeong Jinwoon has spoken up about rumors that he was a member of a chatroom with Jung Joon Young.

In April, rumors arose that the cast of JTBC’s “Hitmaker” were part of a chatroom with Jung Joon Young. The chatroom was originally created with a purpose of sharing notices necessary for the filming of “Hitmaker,” but Jung Joon Young reportedly shared an illegally taken photo of a flight attendant and mentioned the ordering of prostitution services abroad.

As Jeong Jinwoon filmed “Hitmaker” with Jung Joon Young, he became a suspected participant of the chatroom. Following the news, Jeong Jinwoon’s agency responded that because the singer is serving in the military, it would be difficult to confirm the facts.

On October 1, Jeong Jinwoon posted on his official fan cafe and addressed the rumors directly.

The following is the statement from Jeong Jinwoon:
( Collapse )
sources: soompi, naver

Former KARA member Park Gyuri is confirmed to be dating the eldest grandson of the Dongwon Construction Industry family.

Exclusive reporting by The Fact stated that Park Gyuri is currently in a relationship with Song Ja Ho, who is an art curator and the eldest grandson of the Dongwon Construction Industry family. He is seven years younger than her and they initially met as he was the curator for Jon Burgerman’s art exhibit in Korea.

A source from her agency The CNT Global confirmed that the two are indeed dating as they explained, “Park Gyuri has always been interested in art, even visiting art galleries in her spare time, and she got to know Song Ja Ho through the Jon Burgerman exhibition. As they share a common interest, they developed feelings for each other and recently started dating.”
( Collapse )

The average one-year tuition for English-only kindergartens here is 11.59 million won ($9,660), nearly double the average tuition of domestic universities (6.71 million won) and even higher than that of medical schools (9.63 million won). Nevertheless their number has increased by 41 percent over the past two years on the back of unwavering demand for early English education for children among deep-pocketed families.

While many of the kindergartens are in Seoul's affluent Gangnam area, those in Incheon, Jeju Island and Busan also flourish. 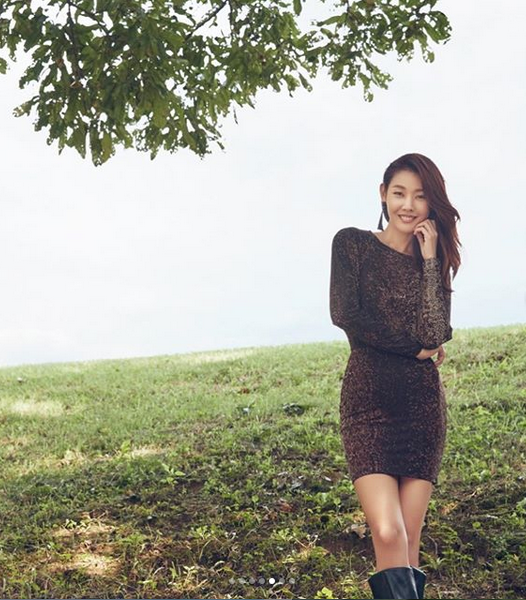 Top model Han Hye-jin will return to MBC TV's "I Live Alone" this week nearly seven months after she broke up with TV personality Jun Hyun-moo.

They left the popular reality show after their breakup was announced in March.

The episode featuring Han will be aired this Saturday, according to MBC. "Han recently wrapped up a studio filming for the October 4 episode," a MBC spokesman said.

The spokesman did not clarify whether Han's appearance was one-off. "For now, she'll be appearing this week," he said.

Yay! I really liked her on the show, she seemed genuinely close to the other members.

....and about how he feels about his success (drinking game: take a sip every time Jackson says he's #blessed), about GOT7, why he stopped doing varieties to focus on his solo music, creating Team Wang, the difference/connection between "art" and "business", working with Boytoy, on the (age old) stereotype of kpop being manifactured, his definition of an "idol", what part in the creative process fulfills him the most, his 5 life goals, etc.

The questions that Zach asked were pretty good and interesting imo.

the song was already released digitally; it'll have a physical single release in japan on november 13th. it's pretty fun, though i feel like it'd be better suited for a group?
Collapse