JoongAng Ilbo: "Sully was found dead at her home in Sujeong-gu, Seongnam, Gyeonggi Province, at around 3:20 p.m. today, according to police. Her manager, who went to her house because she couldn't be reached, found her [dead], police said." https://t.co/p5rx5CjNpM


R.I.P Angel
If you need someone to talk to, you can find a list of hotlines here


It’s the Five Siblings last episode. All the kids spent the last days together in Jeju. It was nice to see Jaeah and Jaesi again, they’re so big now! Getting to be as tall as their father. Oh, all the old clips from their baby days! Back when Sian was still Daebak. William meets someone very close to his idol, Spiderman. It was so nice of Jacob to visit them, and William looked so smitten. I don’t know how Sam gets all these connections lol. Naeun likes playing restaurant, so Jooho asks a friend if she could be a server in his restaurant for a day. She does a really great job! Gunhoo isn’t as interested in working as he is napping and eating. 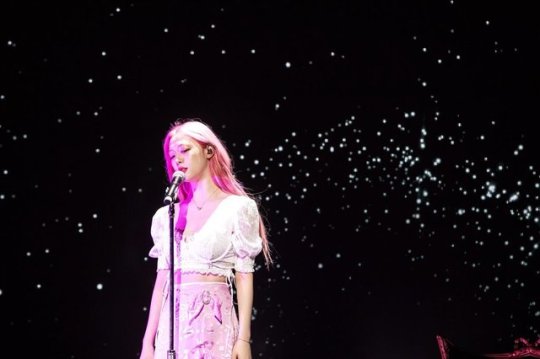 SM Entertainment has now released a statement regarding the passing of Sulli. The statement is as follows:

This is SM Entertainment.
We apologize for conveying such sad and unfortunate news.
Sulli has left our side.
We cannot believe the situation now and we are just filled with grief.
For her family who is grieving after the sudden news of her passing, we earnestly request that you refrain from writing speculative articles or spreading rumors. We express our deep condolences.

In addition, it has now been reported that the police found a handwritten note at Sulli’s home. The police described it as not a suicide note or a diary entry but rather a note that expressed her feelings, and they stated they will not be confirming its contents. (More details: JoongAng Ilbo reports that an undated memo has been found in Sulli's home. There was a notepad with her thoughts written it, like a diary. The memo in question was on the last page, assumed to be a note from the deceased. Its content cannot be confirmed. According to Yonhap, police believe it to be a suicide, but they will leave all possibilities open for investigation.)