wow really living up to his stage name

IZ*ONE’s An Yu Jin will no longer be a student at School of Performing Arts Seoul.

On October 25, a source from Off The Record Entertainment said, “An Yu Jin, her parents, and the agency carefully discussed An Yu Jin’s current situation and her future over a long period of time. We decided to go in the direction of self-study, home schooling, and later taking the qualification exam for her level of education to be recognized.”

The source continued, “We respect the wishes of An Yu Jin and her parents and will do our best to wholeheartedly support her so she can fulfill her wishes.”

JYP Entertainment’s founder Park Jin Young will be making his comeback as a singer.

On October 25, it was reported that Park Jin Young was preparing new music. A source from JYP Entertainment confirmed the news and explained, “Park Jin Young is planning on making a comeback within the year, and he recently filmed his music video. We will share details at a future date.”

Minkyeung (Roa) and Gyeongwon (Yuha) are gonna take some time to get used to, I wish they would have went with Minkyung and Kyungwon! 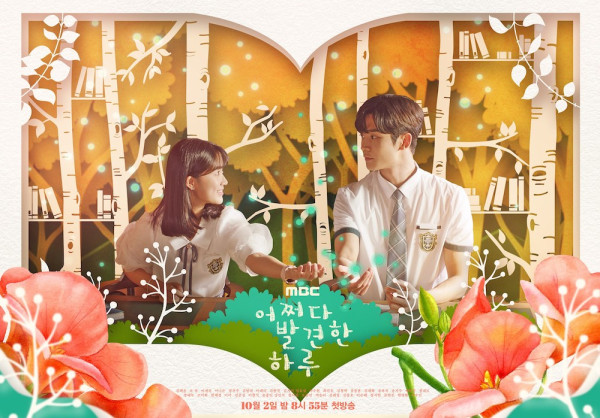 NOTE: I'm using full episodes count instead of the half episodes

PLOT: Eun Dan-O (Kim Hye-Yoon) is a student at a prestigious high school. Her family is wealthy, but Eun Dan-O has a heart disease. Her fiance Baek Kyung (Lee Jae-Wook) attends the same prestigious high school. She likes him a lot, but he does not like her at all. Suddenly, Eun Dan-O has short-term memory loss and she can see what will happen in the near future. She gets confused by her symptoms. Then, Jin Mi Chae aka Dried Squid, from the school cafeteria, tells Eun Dan-O that she is a character in the comic "Secret" like everybody else there. Eun Dan-O learns that her character is not even a main character, but rather an extra and she doesn't have much time to live. With her newfound understanding of the world she inhabits, she is determined to find true love in her own plot-line and circumvent the author’s plans for her character by utilizing the flashes of storyboard she alone is able to see. One day, she falls down the school stairs. She feels her back touch the back of another student, among a group of male students. Her heart suddenly starts to flutter. Eun Dan-O wants to find the male student who made her heart flutter. She eventually finds the student (Ro Woon) and he is her classmate. He is a character that doesn't have a name only known as Character Number 13. They get close and Eun Dan-O names him "Ha-Roo."


I'm not sure if I should like or be afraid of Baek Kyung and Dried Squid Fairy! I noticed that the actor who plays Baek Kyung have this mannerism that he turns his head to the right a bit, slightly opens his mouth, and lets a tiny sigh whenever he's reacting to something.

Happy Friday! Every week I check out the charts for this day in the past and post the top three songs. Then I pick out two more from the top ten as honorable mentions. This week, let’s see what we were listening to in the 4th week of October, 2012. The top three have been posted before, so we’ll see some live stages.

#3 Miss A “I Don’t Need A Man”
I liked this song, I think it’s one of my favorites from them. I really liked their styling this era too. Here they with a remix (it feels like a remix...it sounds faster?) at MBC Gayo that year. Suzy looks like a baby, especially with those bangs. Also, I’m pretty sure she was like 18, so youth helps. I miss youth. Today I got really excited because I found oatmeal on sale at the market.

(Seungkwan eats his nachos with mustard)

"Whenever it's hard, there will be someone in front of you to pull you up, and someone behind you to push you back up."
I really really like Seventeen's team dynamic.