album release is tues morning but they dropped this early!

love this sound so I'm excited to see how it does with the gen pub.

i hope everyone has a lovely and restorative weekend <3

...help i just finished Extra-Ordinary You and Haru has my heart and I need to know more about this Rowoon boy.

Kim Soo Hyun may be making a special appearance on tvN’s “Crash Landing on You” starring Hyun Bin and Son Ye Jin!

On January 5, Sports Donga reported that Kim Soo Hyun had been given the offer for a special appearance in the tvN drama and was figuring out his schedule for the recording. He will reportedly go into filming within a week if he is confirmed for the special role.

A source from the drama confirmed, “Kim Soo Hyun is in discussion for a special appearance on ‘Crash Landing on You’ due to his long-lasting connection with screenwriter Park Ji Eun, who he worked with in SBS’s ‘My Love From the Star‘ and KBS 2TV’s ‘Producer.’ We hope to be able to announce good news soon.” The actor’s new agency Gold Medalist also confirmed that he is in talks to make a special appearance in the drama.

Meanwhile, Kim Soo Hyun is in talks to return to the small screen through tvN’s upcoming drama “Psycho But It’s Okay” (literal title) alongside Seo Ye Ji. The drama is slated to premiere this June.

Super Junior to release comeback title track produced by ZICO ahead of their repackaged planned for release later this monthhttps://t.co/HQhyBqq4Fc


One of Jam Jam’s favorite characters comes to life, and makes her some grilled cheese lol. Actor Lee Jihoon also comes to visit her. William and Ben are still in Dubai, and they head off to the beach. Then they all take a trip to the desert. Lol at the Rain karaoke MV. Ben is talking in complete sentences now! They meet with some animals, and find an oasis. Naeun and Gunhoo go up into the mountains to a cafe, where Gunhoo becomes a big brother to an egg. Yeonwoo and Hayoung celebrate Yoonjung’s 20th anniversary, and Kyungwan prepares her favorite dish. Then the family all goes to the market. 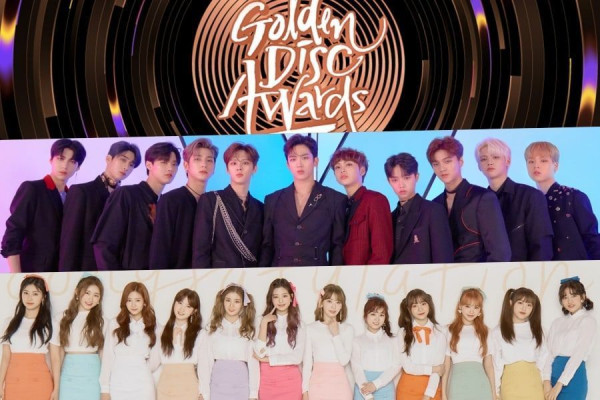 The 34th Golden Disc Awards has explained the process by which it selected this year’s winners.

The first day of this year’s Golden Disc Awards, which focused on digital releases, took place on January 4 at the Gocheok Sky Dome. The second day of the awards show, which will honor achievements by physical album releases, will take place on January 5.

Only songs released between October 2018 and October 2019 were eligible for this year’s digital awards, and the Golden Disc Awards gathered sales and usage data from Gaon Chart until December. The winners were determined according to the song’s usage data (60 percent) and an evaluation by a panel of experts (40 percent).

I understand they are concerned about their image but X1 is the best selling male rookie group of the year (and the decade). GDA knows they would have won if they had respected their own rules. Instead of bending backwards to find an excuse to disqualify them, GDA could have just not nominated them in the first place. lol
Collapse