CLICK ON CC TO SEE MAGIC TO TURN ON ENGLISH SUBTITLES


A well documented "Prism" world tour. Sad they didn't come here and I still regret not putting in efforts to see them in SG. Again, thank you CUBE for getting someone to sub all your videos.

Updated January 22 KST:
MAKEUS Entertanment has responded to reports of signing with Lee Hi.
A source from the agency commented, “We are positively discussing with Lee Hi regarding an exclusive contract.”

Original Article:
Lee Hi has reportedly found a new agency!
The solo artist parted ways with YG Entertainment back in December.
On January 22, Edaily reported that the singer is now in the final stages of signing an exclusive contract with MAKEUS Entertainment.
The agency is also home to Sunmi, Urban Zakapa, and Park Won.
Stay tuned for confirmation or updates! 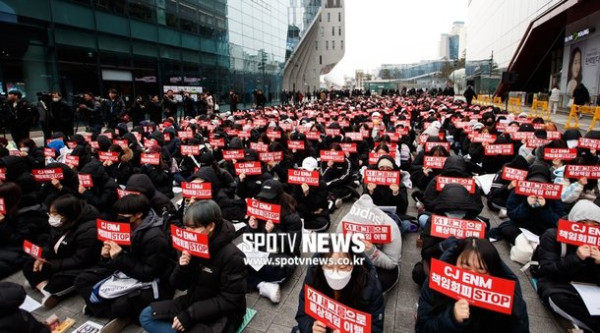 On January 22, fans of X1 protested in front of the CJ ENM building in the neighborhood of Sangam in Seoul.

X1 is a boy group formed through Mnet’s survival program “Produce X 101.” Following the group’s debut on August 27, police investigation results revealed that the show’s producers had manipulated the votes that determine the contestants’ rankings. On January 6, the X1 members’ agencies announced the group’s disbandment.

This is better than the 12 people who were demanding Chen to leave Exo. lol 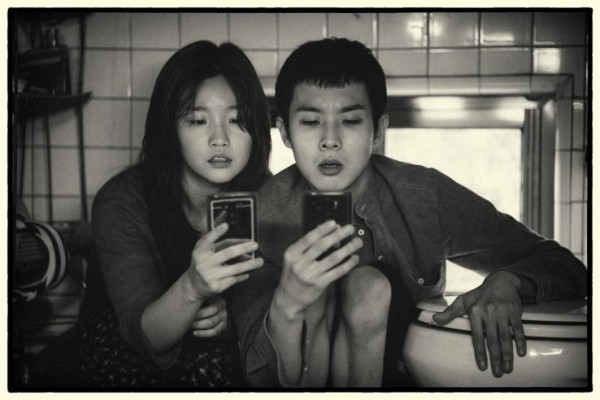 A black-and-white version of Bong Joon-ho's "Parasite" will be presented in South Korea next month, the film's production house said Wednesday.

The new version will premiere at the International Film Festival Rotterdam, the Netherlands, which begins Wednesday (local time), and hits South Korean screens in late February, according to CJ ENM.

The company said director Bong and cinematographer Hong Kyung-pyo refiltered "Parasite" in black and white through handling the exact degree of tonality and contrast shot by shot.

Bong has said he wants to make a black-and-white film and presented the black-and-white remastered version of his 2009 thriller "Mother" at a film festival in 2013. But the version was released only in a Blu-ray edition.

"Parasite," the genre-bending black comedy of rich and poor families, earned six nominations, including best picture and best director at the upcoming Oscars slated for Feb. 9.

On Jan. 22, a military commission under the South Korean Army decided to discharge a transgender soldier who requested to continue serving as a woman after transitioning from male to female. On the previous day, the National Human Rights Commission of Korea (NHRCK) announced that it had made an urgent recommendation to the Army Chief of Staff Suh Wook to postpone the military commission’s review of the discharge of an active-duty non-commissioned officer who recently received gender reassignment surgery while on leave in Thailand.

Twitter user koryodynasty is updating on the situation as it progresses.

#iKON DEFINITION OF 'i DECIDE'

It is also shared Dreamcatcher is currently working on a comebackhttps://t.co/plDj4WgdzC

Hyuna posted these pictures on January 17. The braids have since been taken out.

I'm not black and have no cultural authority on this but I thought they were braids. Even if they aren't, they could be considered problematic. I have stanned her ever since her solo debut Change but now I can't help feeling disappointed.