Have you avoided the flu this season? What is your trick for not getting sick, Omona?

the only song i recognize off all to action. bless them bringing this one comeback later.

K-pop group The Boyz sat down with BuzzFeed for a game of "Who's Who?" and revealed which member is always randomly singing, who's most likely to be caught taking selfies, and who can do some seriously impressive impressions of the others...

A transgender student has been admitted to a women-only university for the first time in Korea. Sookmyung Women's University said Friday the 22-year-old student, who undertook a sex change operation last year, passed the entrance examination for its law department and will commence studies in March.

"There are no regulations banning transsexual students from entering the school," a university official said. 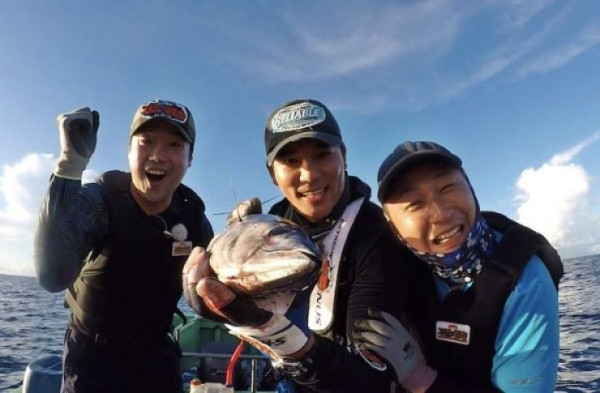 "Law of the Jungle" on SBS has again shown its insensitivity to vulnerable natural species, this time poaching and feasting on a bigeye tuna on a western Pacific Ocean island.

Off Chuuk State, a cluster of high volcanic islands in the Federal States of Micronesia, three acting crew from the Korean entertainment TV show caught the tuna with a fishing rod. Fishing from a boat, they also caught another bigger one, but a shark bit off underwater, leaving only the head.

The actor and two comedians took a selfie with the tuna fresh and then cut out its gall. They took the fish to the island where the rest of the show's production crew was at. The acting crew members then butchered the tuna ― raw-sliced, smoked, and skewered ― and the celebrities ate it with excitement as there was not much on offer to eat on the remote island.

Seriously, you would think after the first time that they would be more careful.

First month of 2020 in the books! This month seemed LONG, but the weeks flew by fast for me. I’m so behind on these posts, I need to start the next batch of them soon. Every week I go through the charts for this day in the past and share the top three songs. Then I pick out two more from the top ten as honorable mentions. This week let’s see who was on top for the 5th week of January, 2011.

#3 Joo “Bad Guy”
This was her comeback song, almost 3 years to the day after her debut. I really liked this era, I always thought the song and the accompanying music video were perfect together. I love it when that happens. I don’t think she’s active anymore? The last thing I remember from her was she took wedding photos with her brother. Like, you know those formal studio wedding/engagement pics? She took them with Ilhoon lol. Hopefully the groom got a few photos too.

#GOT7 Postpones Concerts In Bangkok And Singapore Due To Coronavirus https://t.co/QfTwrXv5sH pic.twitter.com/2WAef7dQ1I


Hmm. Do you think they did the right thing, omona?
Kinda sucks that it seems like Singapore doesn't get to keep their tickets like in BKK and have to go thru ticketing again tho...
Collapse