Chungha plus other staff members have tested negative

All of her schedules have been cancelled for the time beinghttps://t.co/YgpR0ybrGS pic.twitter.com/6s3qKL27BW

Summary: Charli at Asian Boss interviews Lim Kim! They discuss how in kpop, even though in simple terms it means ‘Korean Pop’, kpop has a very specific look and sound. That people follow kpop for the ‘fantasy’, and why she wanted to separate herself from that and create her own music that reflects her artistry. Her experience as an Asian woman has a lot of influence in her current music, and she wants to reach fans who have shared similar experiences. They also talk about her inspiration for her current choreography, crowdfunding, and at the end she meets with loyal fans who were inspired by her taking a different path in her music.

It’s really worth a watch, especially if you’re a Lim Kim fan like me :)

Congrats on that third win boys (they won @ music core yesterday but didn't appear on the show)! The Black Swan stage was pretty, the ON one was... weird? very empty idk. One thing that bothered me with all these korean performances of ON is that their voices totally drown out the backing music! ON is a banger! The backing track should be loud and heavy with bass!

February 2020 was a truly insane month for girl group fans, with one comeback after another and even a few new debuts. Not since the legendary summer of 2015 has there been such an intense flurry of girl group releases. And if you missed any of them, here's your chance to catch up!

[Choose your winner...]
So, now that you've seen the contenders...

Open to: All, detailed results viewable to: All. Participants: 75

Baekhyun "On the Road" MV for "Hyena" OST


Rest of the album under the cut!

Channel Fullmoon will attempt to become a fashion YouTube vlogger! These two have been friends for ten years, but they put their pride on the line and battle it out. Who is the best in fashion in the Mapo area? Who will win? The top fashionista in Mapo! Who's it going to be? We're still working on it... Dying to find out? Tune in next week! There's only room for one winner in Mapo! Mino&P.O show their best!


How many NJTTW spinoffs are there lol?


We meet a new family, Dohyung and his mom, Return of Superman narrator and actress Lee Mido. Dohyung is a little timid baby, but seems real sweet. His mom has a fun day off while his father takes him to the doctor. The Hammingtons have an unusual meal, but Ben eats everything as always though lol. He needs to get off the pacifier, so William and Sam try a lot of things to help ween him off. Yeonwoo and Hayoung are still in Busan with their father. Is anyone else bothered by the way the family talks about Yoon Jung and her money? The way they are always so casual when they talk about using her credit cards. Kyungwan is on multiple shows too, but it's always Yoon Jung's money, and how hard she works. And after finding out that she’s paying for her father in law’s cosmetic surgeries, it’s weird to me. Anyways, the family goes to the market for lunch and then heads to the beach. Then the family reunites, and Yoon Jung and Kyungwan try to have some alone time. We spend the morning with the Kangs, getting traffic and life lessons from Haoh. I like how both Haoh and Naeun run to the cameramen for help lol. Then they visit an optometrist.

The surge in the number of confirmed cases of the novel coronavirus here is starting to cause serious fatigue among medical personnel, with manpower shortages becoming an issue in some hard-hit areas.

Fatigue among medical staff has been most acute at hospitals designated to handle coronavirus patients only. The large number of patients in Daegu, 300 kilometers southeast of Seoul, and the surrounding North Gyeongsang Province -- the epicenters of the virus outbreak in South Korea -- has exacerbated the problem.

After reporting its first outbreak on Jan. 20, the total number of infected patients had surged to 3,736 as of late Sunday, with the death toll here hitting 22. Of the total, over 2,700 have been confirmed in Daegu alone, with a total of 555 cases in North Gyeongsang.

With kpop, my first impressions can vastly vary to how I feel about a song in the long run. Whether it's a month later, a week later, hell after a second listen the day of - at first I'm like 'I don't like this' to 'no wait I like this!' (as

myrrhcat has highlighted in her post!! I love it lol)

So since there were a lot of releases in February - which song changed your mind? Maybe you disliked it initially but now it's on replay, to songs you thought you'd eat up but find it's being neglected on your playlist. I've done a first impression post, but I thought it would be fun to do for newer releases that come out! Let us know what song has your opinion changed on since first listen for last month!. It can be title tracks, b-sides, anything as long as it came out in February this year (or even some January ones, if you like! It was a slower month but still can be included)

*For me, this month is cignature's "Nun Nu Nan Na" and 3YE's "Queen"! cignature's song I felt underwhelmed but I saw it had potential with the catchy chorus, and it was the performances (and Jeewon's smile :D) had me won over in no time. As for 3YE, after the MV I was really not feeling it but once I pulled it up on streaming it suddenly clicked for me how fun it was. The MV isn't even bad, for some reason it just stood out to me more on Spotify. But I'm now hooked!

Source of gif: tvland at giphy 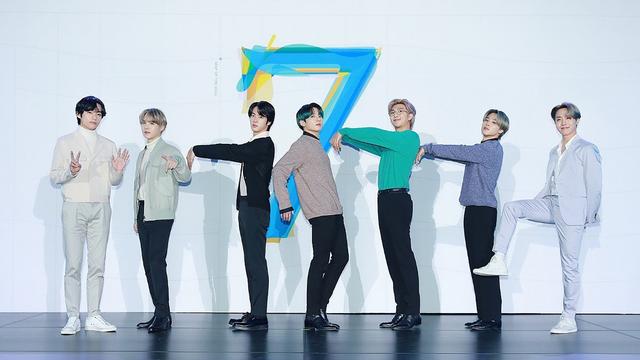 BTS Tops Billboard 200 With “Map Of The Soul: 7” After Achieving Biggest Week Of Any Group In The Past 4 Years

BTS has made Billboard history once again with their latest album!

On March 1 local time, Billboard officially announced that BTS’s new album “Map of the Soul: 7” had debuted at No. 1 on its famous Top 200 Albums chart, its weekly ranking of the most popular albums in the United States.