( Collapse )
Fast Facts (and a bit of spoilers):
🎤 "Studio Music Hall" is a music talk show focused on introducing a wide variety of music and artists
🎤 Jinho and Hui performed About thirty, One Last Cry, re-arranged version of Dalla Dalla, and Someday
🎤 Jinho worked as a vocal trainer after leaving SM Ent. He was the vocal trainer of (G)I-DLE before their debut and Yoo Seonho. He continues to work as a vocal trainer for trainees of CUBE Entertainment.


Nice to know that Jinho still meets up with people he used to work with in SM Ent. And its just so good to hear these two sing.

Singer-songwriter IU's agency EDAM Entertainment says those who made malicious comments against the artist have been charged.

The agency uploaded a statement to its social media Tuesday and shared an update on the legal case involving the internet trolls. "Most of the offenders were found to have several previous records of making insulting comments and posts," it said.

It also revealed that another round of legal complaints was filed against more comments defaming the artist. "Just like the first round, we will make sure they are held accountable, with no leniency or negotiation," the agency said.

It also said reports from fans have been a great help in monitoring the hateful comments surfacing online. "We will continue to take legal action based on the sources that the fans send us," the agency said. "So we ask for your further cooperation," adding it will do its best to combat the posts.

Meanwhile, IU recently confirmed that she will take a lead role in the new drama film "Dream" (tentative title) that co-stars Park Seo-joon.

Singer Psy said Tuesday he had nothing to say about the allegation that his father-in-law had connections with the Shincheonji Church of Jesus, a religious sect blamed for the spread of the COVID-19 outbreak in Korea.

The singer, famous for the international hit "Gangnam Style" married his current wife in 2016.

According to local newspapers and magazines, her father Yoo Jae-yeoul was the founder of a religious sect in 1966. Yoo was only 18 years old when he started it and called himself one of eight "angels" that received divine revelations.

The sect grew rapidly over the years, drawing followers including Lee Man-hee, the founder of the current Shincheonji Church of Jesus, who was then 36 years old.


I had no idea he had divorced his first wife, let alone got remarried.

HOSPITAL PLAYLIST friends Cho Jung-seok, Yoo Yeon-seok, Jung Kyung-ho, Kim Dae-myeong, and Jeon Mi-do rib each other the way only real friends can do — mercilessly and with lots of love. Watch them impersonate each other, decide who among them would survive a zombie apocalypse, who’s the loudest, the most in tune with their emotions, and more in Who, Me?

On March 25, Pledis Entertainment revealed an official statement through their legal representative to announce that they had filed a lawsuit against former PRISTIN member Kyulkyung for a breach of contract.


Read a full translation of the statement under the cut:

Rookie girl group cignature is gearing up to release a new single!

On March 26, cignature announced that they’ll be sharing their “debut lead single B” on April 7 at 6 p.m. KST. They gave a hint of what’s to come with a first teaser photo.

cignature released their song “Nun Na Nan Na” in February, which was referred to as their “debut lead single A.” The seven-member girl group is under the agency J9 Entertainment, a specialized label under C9 Entertainment. 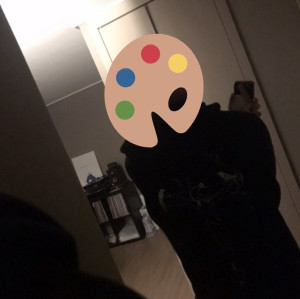 
I guess you can tell this is my first guess who post but hope it's alright if I manage to get it approved even, sorry mods
also sorry haven't done much got7 posts, just a lot of shit happening rn lol

“Hello. This is LE.
After a discussion with Banana Culture, which has been with me all this time, we have agreed to terminate the contract.
In future, I will show a better side of me and better music. Please support as I embark on a new beginning :) Thank you.”#EXID #LE pic.twitter.com/rkU8w6zEFj

Stray Kids has gifted fans with a special single on their second anniversary! On March 25 at 6 p.m. KST, the group released “Mixtape : On Track” as the second single of their “Mixtape Project,” which started in December with “Mixtape : Gone Days.”

Member Changbin participated in the composition and lyrics for the song, which expresses taking courage to chase one’s dreams again.