A source from JYP Entertainment shared to Hankook Ilbo, “TWICE is getting ready to shoot the music video for their new song. The specifics of their comeback schedule are still being discussed, and we will reveal them once they are set.” It’s supposedly going to be a June comeback, but we’ll have to wait and see when the official schedule is released. Day6 is May 11th, so June makes sense for Twice

Under the cut is Nayeon’s Trailer for Seize The Light, and some tik toks showing the new hair for the upcoming comeback:

"She and Malibu" is a track promoting Zelo's newest album titled "Day2Day". You can listen to the whole album here.

still liking the audio on these! but i wish the video was more exciting (or at least not black & white...?) you can do a passable noir in a good muted color palette! at least shownu looks great
SOURCE: starshiptv@youtube

OH MY GOD Jam Jam and Haoh together is THE BEST! I can’t remember the last time I laughed so much and so hard! Haoh goes to Jam Jam’s house for a playdate and they meet each other for the first time. It’s hilarious, and even watching Gary and Heejoon together was fun. I demand a Gajoon & Jamhao spinoff show! Kyungwan sets up a kids café at home. Then the family tries to have a pizza party, but things don’t go as planned. So much of Hayoung eating this week lol! She’s so cute. Bentley is so big now, he’s able to hold conversations now and recognize injustice lol. The Hammingtons get together and talk about how they feel about each other. Then they have a playdate with a friend, and think that the grass is greener on the other side.

their vocals!! it's so chill I love it 😭😭 (also Yiyeon did a vlive with her bff Chungha earlier 🥺)


Congratulations! They got 4 no.1 last week! 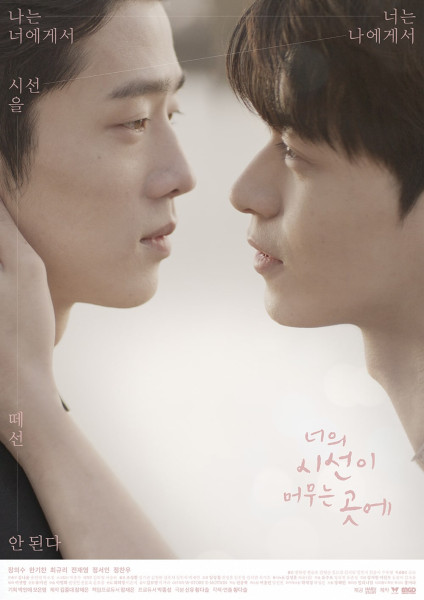 W Story and Energedic Company will be co-producing the BL (Boys Love) web drama “Where Your Eyes Linger.”
( Collapse )


Soon as the news came out, I received a couple of messages from my friends. They know I've been watching a lot of Thai BL series lately (which I really love!). I am interested to see how Soth Korea will react to this. I also hope its a good story. Have you watched any BL stories Omona?

Natty is ready to make her debut!

On April 20, her agency Swing Entertainment announced, “Natty will officially be making her debut with the release of her first single at 6 p.m. KST on May 7.”

Natty appeared as a contestant on Mnet’s “SIXTEEN” in 2015 and despite her young age, she left a deep impression on fans with her vocal talent and dance skills. She appeared as a special guest at KCON 2019 Thailand last October, drawing attention with how much she’d grown as a performer.

A source from Swing Entertainment stated, “Natty is someone who is extremely skilled in many ways, making it hard to believe that she’s still just a trainee preparing for her official debut. We believe she will make a lasting impression with K-pop fans with her unique talents.”

+ Here’s an example of her dancing skills from Idol School (she’s wearing all black, short sleeves), hopefully we’ll see this energy with her debut!

On April 21, SPOTV News reported that Seulgi and Irene are gearing up to make a unit debut and are in the final stage of preparation for their album.

Prior to their debut, the two gained attention for their performance video of “Be Natural” through SMROOKIES SR14G.

If confirmed, this upcoming unit will be Red Velvet’s first since their debut in 2014.

Oooh an album? What would you like to see from these two?

Edward Avila did Eunchae and Yebin's makeup with items chosen by them, and they answered a few questions about their upcoming comeback. I watched it so you don't have to!


Shuhua's hair is really beautiful. Props to this girl for letting their stylist know that she wants her hair to be kept natural and no bleaching.
Collapse