Watch Boys Over Flowers on Hulu, Netflix, & Viki. Meet you back here next Tuesday for episodes 21 & 22!

yet they looked like this at kcon today...the title track for this mini is going to be very different maybe?

2PM’s Taecyeon is in a relationship!

On June 23, Xportsnews reported that Taecyeon is currently in a relationship with a non-celebrity. The report claimed that they had recently been spotted enjoying a date together at a ranch in Pyeongchang, Gangwon Province.

In response to the reports, a source from his agency 51K stated, “It’s true that Taecyeon is currently in a relationship with a non-celebrity.” When asked for more details, they stated, “We are cautious to say anything as this is his personal privacy and his girlfriend is not a celebrity.”

Taecyeon appeared in the MBC drama “The Game: Towards Zero” earlier this year and is currently working on the film “Hansan” (working title).

what are your favourite tracks on the album? if you weren’t a fan of the noise in one you’ll like the bsides better

P.S. I did a roundup of the previous episodes a few days ago if you enjoyed the show and want to see more

Reality show guru Lee Seung-gi (VAGABOND, BUSTED! Season 2) shows newbie Jasper Liu (TRIAD PRINCESS) the ropes when they tour Asia in search of their biggest fans. Get ready for bromance and laughs as they get things lost in translation and bond over their common love for their fans. 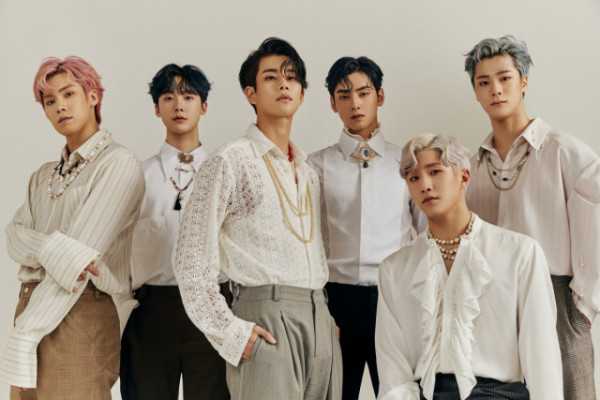 There's also a 9 minute video interview, but it's not subbed. They still look pretty tho.

Skydance Television is adapting Korean fantasy drama Hotel Del Luna as a series after teaming with CJ ENM, the studio behind Oscar-winning Parasite.

Altered Carbon showrunner Alison Schapker, who has an overall deal with Skydance, will oversee the adaptation.

It comes after CJ ENM invested in Skydance earlier this year and the two companies struck a deal to develop and produce projects.

CJ ENM subsidiary Studio Dragon recently established a U.S. branch, and Hotel Del Luna is one of a number of projects that the companies are working on.

Hotel Del Luna, which was directed by Oh Chung-hwan and Kim Jung-hyun and written by Hong Jeong-eun and Hong Mi-ran, aired in 2019 on tvN and was produced by Studio Dragon. It is a fantasy drama that features an elite hotelier who becomes the manager of Hotel Del Luna, a mystical hotel that only caters to spirits at night, after stumbling upon a fateful event.

She worked on some shows that I liked, so I'm a little optimistic?

While Rosé in on the cover of the July issue, Jisoo got a photoshoot as the new ambassador for Dior Beauty.
( Collapse )

Three down, one more to go. Jennie for Chanel is coming.

Jo Kwon, Year 11 Chorus: And You Don't Even Know It

ren's pipes surprised me (though they shouldn't have)! he was born for this role tbh
Collapse