has 'one' grown on you yet?

After School is a South Korean girl group with an admissions and graduation concept formed by Pledis Entertainment, with their official debut in 2009. As of December 2019, After School only has one member (Nana) under the label. According to the group's website however, Lizzy, Raina, E-Young and Kaeun are still members of the group.
( Collapse )

This one was highly requested, i put a lot of effort into it so hopefully i did them justice ;). I miss After School's fantastic and unique concepts! They truly put so much effort into their promotions: pole dancing, tap dancing, drumming. They were truly well-rounded and multi-talents! It's a shame they never got the true and full spotlight they deserved. Let me know what you think about this week? Favorite concept, member, comeback, song, line-up? What did you think about their graduation system? Would love to hear your honest opinions. Have fun and as always: thank you for stopping by ♥

The sing-along version of "Gonna Be All Right" from the Twogether OST, because there's no way to listen to this song and not want to sing along with Lee Seung-gi and Jasper Liu. 🎶It’s gonna be all right~ 🎶👬🌏


The show is out now!

How you like that Omona? Well the modern hanboks are cute. Rosé and Lisa seemed into it but Jennie's wig is hum.

Did anyone get a membership and watch everything? How was it?

We love a queen who wears flat shoes

#BTS のメイキング動画がついに公開💜独占撮影＆インタビューは『VOGUE JAPAN』8月号でチェックして。
Behind the scenes video of BTS photoshoot is out now💜 Check out the latest issue of VOGUE JAPAN for their exclusive photoshoot and interview. https://t.co/tvGTerIElu pic.twitter.com/tLycIAeLUp

They look good considering they went hiking just after the shooting. You go show off these calves! It's basically Jungkook's aesthetic if evething was black.

This is so ethereal. I love this approach so much. Also, Yerin looks like a princess💜

Also if anyone is interested, all the members have their own Instas now: Yerin, Sowon, Umji, Sinb, Yuju and Eunha

VIXX Ken to enlist into the army on July 6

Is he the first VIXX member to go? 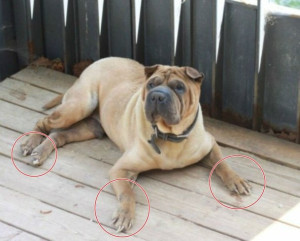 Big Bang's G Dragon is under controversy for neglecting his pet dog Gaho.