Source: Dreamcatcher official
MV for their single in collaboration with the game Girl Cafe Gun.
This made me like the song more, SuA's vocals be shinin'.

'Like This Summer' is a digital single that 3YE have dropped for their fans with little to no promo. There are currently no plans to promote the song on music shows.

They all look so sharp and into it. Love the fits!


With that hair, in certain angles, Chanhyuk looks just like Suhyun. I never saw the resemblance before lol.

ATEEZ was under fire yesterday when they released this teaser image for their next comeback. We can see member Hongjoong wearing cornrows. On the same day, KQ Entertainment released this official statement after receiving complaints from fans.


Another day, another cultural appropriation problem. "we'll try our best" I'm dying inside, I don't know if all of these people are really this thick or they just do that again and again for publicity, thinking with a little apology everything will be fine.
Guess I won't wait for this new album... 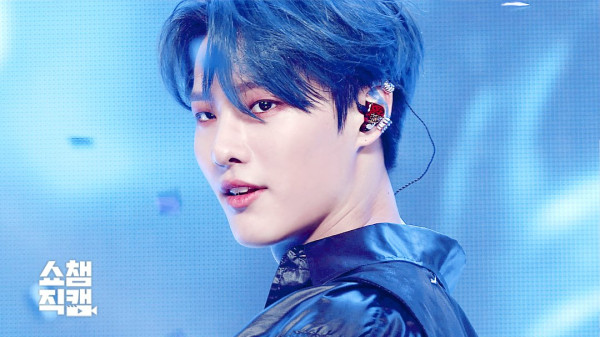 Cho Seung Youn (WOODZ) showcased his vocals and opened up about his journey as a musician on KBS 2TV’s “Yoo Hee Yeol’s Sketchbook”!

He opened his appearance with a performance of Lee Seung Chul’s “There’s No One Like Them” (literal title). When asked why he chose that song, Cho Seung Youn reminisced about his father who passed away when he was 21 [Korean age reckoning] and said, “It’s a song my father used to enjoy. I believed it was the right song to sing on my stage of dreams.”

Mods, please ignore the other one. I linked the wrong Soompi article. Thanks!
Collapse