another dreamy, pop-y, chillwave artist that i highly recommend with a retro feel. i feel like listening to this when i'm relaxing inside on a rainy day, or driving around the city at night.

The music video for Lucifer, along with their second full length album. The posts made about its release is why LJ had to increase it's comment limit.

(this post is being made to correspond to KST time)

What are your fave songs on the album? Do you still have the code for sparkle text saved on your computer?

WEi is a group with memebers Jang Daehyeon, Kim Donghan, Kim Yohan, and Kang Seokhwa. They are set to debut later in the year.

You can watch the pretty performance again here

He is the youngest Mask King with the highest number of wins. He has 6, which places him in the top 3 in show history.

Anyway, life is about being alone, 'Lee's Kitchen'


I've always enjoyed Kang's Kitchen more than NJTTW, so I'm excited about this 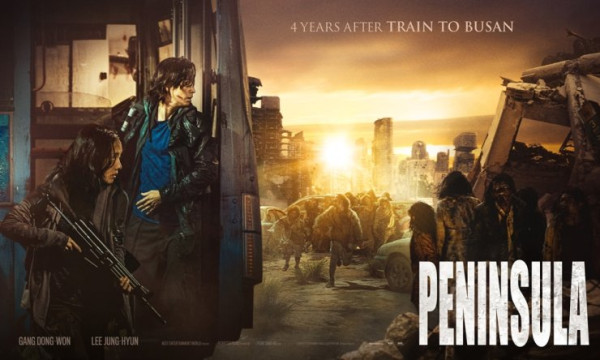 The zombie action film "Peninsula" topped 1 million admissions in South Korea on Saturday, the fourth day of its run, the film's distributor said.

Released Wednesday, the sequel to the 2016 megahit zombie blockbuster "Train to Busan" attracted 1.01 million viewers as of 8:10 a.m., according to Next Entertainment World Co., or NEW.

Its pace matched that of the 2014 drama "Ode to My Father," the fourth-most watched film at the South Korean box office with a total of 14.3 million moviegoers.

When's the last time you were at the movies, Omona?

Who isn’t at least a little bit in love with Kim Soo-hyun? We love him as a bumbling country boy, an alien stranded on Earth, a rookie producer harboring a helpless crush, and now a dedicated caretaker and younger brother. He makes us laugh, cry, and swoon with those intense eyes—how can we pick only ONE Kim Soo-hyun? 😭


P.S Drama titles are on the top right next to the Netflix logo. Shows may not be available in all markets.

The MV was released earlier this month.

I'm obssessed with eaJ (in a sane and safe way hum). I never heard any of his stuff before (I've never heard of Day6 I'm sorry) but he's fantastic. Angel voice who blesses us with free music. He could make his songs longer though :(