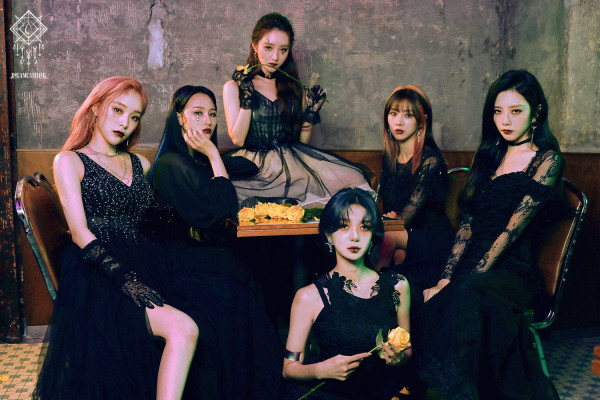 Source: hf_dreamcatcher 1 2
JiU wrote a fan song for this album. Every song is connected
to the Dystopia story-line.

Do you think they’ll have an August comeback this year or will wait till fall?

I couldn’t find a YouTube video for it yet, I can link it when it’s added!

It sounds like he had a lot of input for this comeback, so I can't wait to see it all together.

BIBI "She Got It (cigarette and condom)" MV teaser

They won't travel abroad so all of their international promo (including the VMA) will be recorded from Seoul.

From the top of their ivory tower, BTS will watch Tiny TAN and BT21 fight to death to be ARMY's favourite whilst counting their money.
Soooooo no Korean promo for now...
What will be the "b-side" and its MV? Some fans say it's going to be the Korean version of "Dynamite" but why would BTS say the song was perfect in English just to release a Korean version? I wouldn't say no to a traditional Korean MV though.
I am more excited now than ever because Jimin mentioned he listened to "Fire" a lot recently and we know they're sneaky snakes who always drop clues. And "Fire" is such a fun MV who wouldn't want to iron Jin? and the choreo is amazing (thanks Keone & Mari - BTS need to work with them again) so they better not let me down.

Kakao Games is under fire from male gamers for taking precautionary measures to change out a Korean translation of "You whore" which was used by a character in its recently released game "Guardian Tales."

Kakao Games made changes to the Korean subtitles to the dialogue, but not the English version.

The changes were made as the company thought it could provoke female players and feminists, but the move was met with strong backlash from male gamers who led a large-scale boycott of the game resulting in a drastic decline in sales.

Set in 2092, the film revolves around the crew of The Victory, who have been searching for lucrative space debris. After they spot the humanoid "Dorothy" ― a weapon of mass destruction ― the members begin a "risky deal."

Song appears as the shuttle's pilot Taeho, while Kim plays Captain Jang. Jin Sun-kyu and Yoo Hai-jin also feature in the movie, which is known to be the first Korean sci-fi set in space. Filmmaker Jo Sung-hee, who worked with Song for the fantasy romance "A Werewolf Boy" in 2012, directed "Space Sweepers."

The Korean part is translated here.

my Sone heart is so full with the interactions and timed posts from the girls. happy 13th anniversary to my first and favourite kpop group.I'm happy that they're happy doing whatever in their lives.

Source: WM Entertainment
----
Hmm, so far only Cactus clicks with me. I'm afraid that I might not like their title track but I might be wrong. New World Spin Off version tho.