Source: Dreamcatcher official
As Scream was about bullying/cyberbullying, Boca is about
shutting up those bullies.

A decision by BK Plastic Surgery Hospital in Seoul to voluntarily disclose its surveillance camera footage in operating rooms is drawing keen attention from industry watchers as to whether other medical institutions will follow suit.

The hospital has launched a real-time monitoring system in which patients or guardians can view operating rooms and other wards through closed-circuit TV (CCTV). BK's move is considered very rare in the medical industry.

"We have decided to open video surveillance of patients upon their consent to keep our surgery procedures transparent. It will ensure patient safety and raise the credibility of our medical services," an official at BK hospital told The Korea Times.

Invitation from
DAY6 (Even of Day) 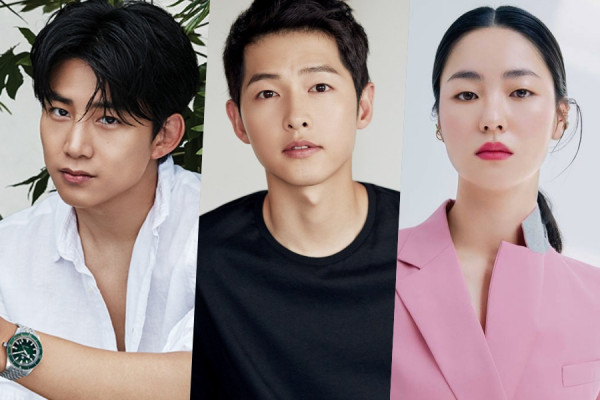 In the upcoming tvN drama “Vincenzo”, Song Joong Ki will play the Italian lawyer and Mafia consigliere Vincenzo Cassano, who is of Korean descent and was adopted by an Italian family at a young age. Equipped with unparalleled negotiation skills and charisma, Vincenzo Cassano lives for revenge. He discovers a deep-rooted, villainous cartel upon his arrival in Korea, and he finds himself solving the issue when he becomes involved with Hong Cha Young, a lawyer who will do anything to win a case.

Played by Jeon Yeo Bin, Hong Cha Young is the ace lawyer at Korea’s best law firm Woosang. She is more attentive to how advantageous or disadvantageous of a situation someone is in, rather than whether they are good or evil. Taecyeon takes on the role of Jang Jun Woo, a handsome and intelligent intern at a legal firm who has experience living abroad. He is characterized by a carefree smile and a slightly clumsy and odd personality. He has absolute trust in Hong Cha Young, his senior at work, and the appearance of Vincenzo Cassano triggers his competitive spirit.

Director Kim Hee Won of “Money Flower” and “The Crowned Clown” will join hands with screenwriter Park Jae Bum, who previously wrote “Chief Kim” and “The Fiery Priest,” to create “Vincenzo.” According to Ilgan Sports, the drama’s cast lineup also includes Yang Kyung Won, Kim Yeo Jin, and Kwak Dong Yeon. “Vincenzo” is slated to premiere in the first half of 2021.

The synopsis is sure something! I like all three leads (recently watched Be Melodramatic and loved Jeon Yeo Bin in it!) and loved Chief Kim so I'm tentatively looking forward to it.

First solo photos for the "DYNAMITE" comeback which MV will be released on August 21st.

What do you think ? Looking good boys YAS BLUE HAIRED NAMJOON YAS PURPLE HAIRED JIMIN but why Taehyung why
The quality tho, is it retro to take photos with a microwave in 2020 ?
See you tomorrow for another teaser photo(s) !

Source: WM Entertainment
---
Lmao im right. I don't like it. Maybe because it's too short. But I'd give it another listen since I love them.

Members Dayeon, Baekah, and Iaan will re-debut as XUM later this monthhttps://t.co/zWyChvb84R

Omg he is giving us a pre-release single!!!! King is keeping us fed when our favs have left us in the dirt!!!
Collapse