they could just release teasers for the rest of the year I'd be ok with that.

TVXQ’s Changmin has announced that he will be postponing his upcoming wedding due to safety concerns.

On August 27, SM Entertainment confirmed that Changmin—who was originally planning to tie the knot with his non-celebrity girlfriend on September 5—had decided to push back his wedding date following the recent surge in COVID-19 cases.

The agency stated, “Due to concerns over the spread of COVID-19, Changmin has postponed his wedding, which was originally scheduled to take place on September 5. He is planning to decide on a new date following discussions with [his and his fiancée’s] family.”

Changmin joins a number of other celebrities who have recently made changes to their upcoming wedding plans due to COVID-19 concerns: Kang Sora, who was originally planning to hold her wedding on August 29, canceled the ceremony in favor of a small family gathering, while Ryu Deok Hwan previously announced that he and his girlfriend would be postponing their October wedding until next year.

I understand the postponement but also nooooo 😭

Holding onto hope in a competitive world might be an uphill task, but three youths find the strength to keep pressing on because while their struggles might be different, they all have one thing in common: the determination to reach their dreams.

From the director of MEMORIES OF THE ALHAMBRA and the writer of DOCTORS, RECORD OF YOUTH stars Park Bo-gum (LOVE IN THE MOONLIGHT), Park So-dam (PARASITE), and Byeon Woo-seok (FLOWER CREW: JOSEON MARRIAGE AGENCY).

Thank you mods for the SOLE tag <3 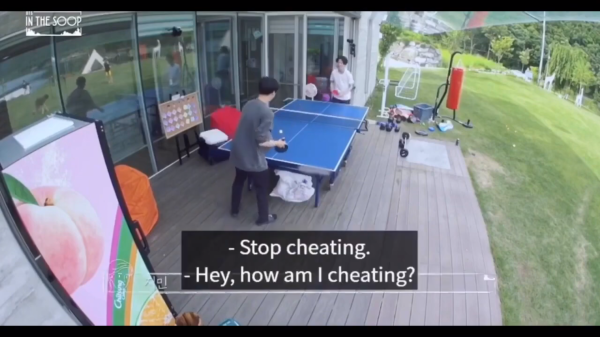 Why does the MV sketch embody the song more than the two MVs lmao anyway they looked like they were having so much fun in both In the SOOP and the MV sketch! Also Jungkook whining reminds me so much of my youngest sister whining when I tell her to do things.

On August 28, the Seoul Seobu Police Station revealed that Im Seulong had been forwarded to the prosecution with a recommendation for indictment on the charge of violating the Act on Special Cases Concerning the Settlement of Traffic Accidents. The police stated, “We cannot reveal the specific details of the case, but it has been acknowledged that Im Seulong is partially liable.”

Earlier this month, Im Seulong was involved in a car accident. According to the Seoul Seobu Police Station, Im Seulong was driving his SUV on a road in Eunpyeong, Seoul at 11:50 p.m. KST as it was raining, when he struck a man who was crossing the road even though the pedestrian signal light was red. The man was taken to the hospital but passed away shortly from his injuries.

Kim is scheduled to enter an Army boot camp in the central city of Nonsan, 210 kilometers south of Seoul, on Sept. 10 for basic military training for four weeks. He will then serve as a public service worker for about two years, according to the officials.

He was initially scheduled to join the military in mid-June but decided to postpone it, sparking allegations that he was trying to evade the mandatory duty and the military manpower agency gave him preference. Both sides rejected those suspicions.

He's recently been accused of not paying his ex-manager, assaulting an ex-girlfriend, and asking his fans to raise money to buy a car to donate if he lost weight.