0mod, would it be ok to pin the post for a little while?

Ahh there’s something so refreshing about these teasers ☺️

I swear when YG leaves the girls to their own devices, they're always so fun to watch (like this SOMI feature). Anyway, whose skincare routine in K-Pop do you hope to see next, Omona?

definitely their best album so far! 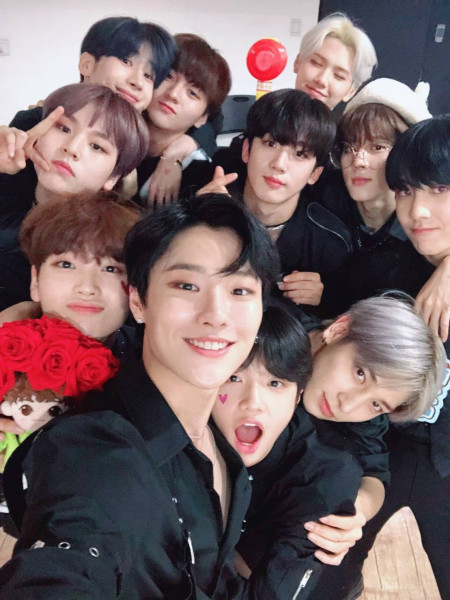 X1 celebrated their first anniversary. Seungwoo, Seungyoun, Wooseok, Hangyul, Junho, Dongpyo, Minhee, Eunsang, Hyeongjun and Dohyon got together. According to a source, X1 members met for the first time in a long time somewhere in Gangnam, Seoul on August 27 to celebrate their 1st anniversary.

This is the first time all the members got together since the team disbanded in January. X1 disbanded after it was revealed the results from Produce series have been manipulated. Kim Yohan was unable to attend the meeting due to his solo single No More promotions.

Fans’ love, however, continued even after the disbandment. They held a hashtag relay event called “#Fly High_X1_Congratulations on your first anniversary” on August 27.

One official said, “Members often contact each other. Since they all debuted together and went through a tough time together, their friendship is also tight. Yesterday, they briefly celebrated their first anniversary and parted.”

Pics or it didn't happen

Written and composed by BoA, for Vogue's "Vogue Hope" Project

The lights at the start were a bit confusing but looked good. I like how Yeeun started the song. It's missing something...still, I like it.

the absolute RANGE!! of these girls 🤩 the perfect line distribution and vocals in Psycho, the dancing and charisma in Kick It, and the harmonies and vocals in TWoM.. what CAN'T they do? besides blow up (their stages were going viral on twitter after kcon until the accounts got hit with copyright warnings...)