- Big Hit will be listing on the Korea Composite Stock Price Index (KOSPI), the index of all common stocks traded on the Stock Market Division of the Korea Exchange and the equivalent of the S&P 500 of the United States.
- They are offering stocks between $88-$114, that will add up to an estimated sum between $631-$811 million. Their estimated market capitalization amounts to between $2.99-$3.85 billion. (In comparison JYPE is worth $1.1 billion and SME is worth $740 mil)
(for more info, check out the full soompi article)

Now to the more fun info:
- Each BTS member has received 68,385 shares, which means that they'll be at least $7.7 million rich the moment shares are listed

A post shared by 데이즈드 코리아 DAZED KOREA (@dazedkorea) on

Since May 2020, each Monsta X graces Dazed Korea with exclusive solo photoshoots. This month features their youngest member and rapper, I.M. or Im Changkyun.

luminous_wings featuring k-pop’s e-boy! I knew that this is his aesthetic but I'm still shocked by how sensual it is. All these shirtless photos and yet no full shot of his back tattoo. Guess we have to thank Wonho for this evidence 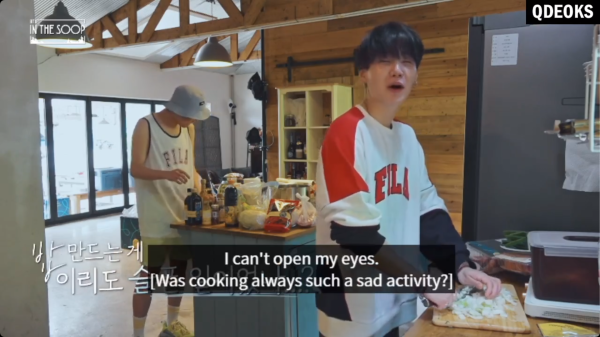 You may also watch from qdeoks for free.

Source: Dreamcatcher official 1 2
I'm guessing these are teasers and there's gonna be a full video.

The dance move in the chorus is cute, I look forward to it each time :) For a first stage they had good stage presence! I’m glad they’re having fun with the song.

Kitty! Reminds me of DKDK

As soon as he had recovered from COVID-19 on Wednesday, Jun Kwang-hoon, who leads the Seoul-based Presbyterian church that has emerged as the country’s second-biggest virus cluster, called the government’s antivirus measures a “fraud” designed to destroy his church.

Today's nominees were ATEEZ’s “THANXX” and ITZY’s “Not Shy, but it was Itzy who took the win.

So many performances today, wow. Your favorites?

I know sales charts aren't a huge feat for a lot of groups but for context their debut only sold 900 copies.

It’s a jam-packed look behind the scenes as the cast films some of our favorite moments in IT’S OKAY TO NOT BE OKAY—Kim Soo-hyun and Seo Yea-ji meet as high schoolers, the Moon family has their photo shoot, and go on the camping trip that we’ve all been waiting for. Plus, a special appearance from the most popular Moon brother: Mang-tae 👋

These girls are so cute! Ahhh their intro is ‘Landing in Lunarsolar!’ I’m loving the space references, keep it coming!

Well she looks gorgeous, and the shoot is giving me Bond Girl vibes !
I love rusty orange makeup, I have a NYX lipstick in this color and I love it !

It was 28 degrees today but I'm already ready for Autumn and Halloween.

I'm slowly becoming an account that only posts Converse content, but that's okay. I like the shoes and the hoodie, but not the tiny beanie - I like my beanies a little longer (with a pom or strings).

A little more than two months have passed since Equal was released. Have your feelings about the songs changed? Did a song you didn't like at first become a favorite? My songs with the most plays are 1) Noid, 2) Waikiki, 3) Love Me Harder.

Also, is anyone else attending the online concert?