a quick summary:
- she was impressed by soyeon on Queendom and thought she could be the one to help her save what she thought she had lost in herself
- lia kim was her dance teacher when she was 7 and she met her again during running man
- the dance is harder than dumhdurum
- it coincidentally contains the iconic mollayo "butterfly" move which is now used to represent a bird, meaning it features in both her apink and solo debut 😭😭
- she has to step on a man and feels bad about it
- she cut her hair specifically for the MV

the part about her feeling like she losing herself and losing what she was good at was heartbreaking. her taking matters into her own hands and basically planning the entire solo is so on brand though. she's by far one of apink's strongest all-round performers but play m/some pandas/the general public have always paid her dust so I'm thrilled she's finally getting her chance to shine.

this week's guest is Tiffany, with no recipes (me thinks it's a paid promotion for the SM restaurant again, with a surprise appearance from another Soshi member). she also talks about how her eating habits have changed since she moved to US, and brings Yuri to shop. Tiffany will share her recipe next episode!

He's come so far! The comeback MV will be out in a few hours.


I'm happy for Shownu. I don't know much about him, but I do know that that boy has been dancing to Rain on every variety show for like the past 5 years lol 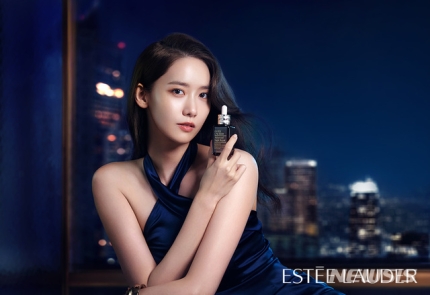 
Yoona wrapped up a 11 year stint with Innisfree last month

idk what happened but with you and open mind have been on repeat all weekend.

Amid the spread of COVID-19, theaters are actively introducing paid online streaming services for their theatrical performances to find a breakthrough.

The moves are coming as theater companies have been hit hard by the fallout from the pandemic. Sales from the theatrical sector in the first half of this year were 95.9 billion won ($80.8 million), an 85 percent decrease compared to last year, according to data from the Korea Performing Arts Box Office Information system. Sales for August were 15.9 billion won, an 11.1 billion won decline compared to last year. So far, many production companies have been releasing their performances online for free.

The Seoul Performing Arts Company (SPAC) will stream online "Lost Face 1895," one of its most famous original musical repertories, on Sept. 28-29. It is the first such service of the state-funded company.

The piece retraces the last queen of Joseon Dynasty, Empress Myeongseong, who never left behind any pictures of herself.

To create the quality online content, the company filmed its July live performances of the musical with nine cameras in 4K resolution and 5.1 surround sound. It will be streamed on Naver for those who bought the streaming-only ticket which is worth 20,000 won ($16.80). The price is equivalent to 22.2 percent of the highest price of an offline ticket, or 90,000 won.


There's an "Along With The Gods" musical?!?

I tried to guess the schedule from this "The Boyz Time" but to be honest I'm not sure about the 10th and the 14th September.
But this is an original way to do a release schedule, congrats The Boyz ! Ross and I are really excited for this song and its MV !

Taeyeon, Yoona, Yuri, Hyoyeon and Sunny have renewed their contracts with SM Entertainment