Crazy Rich Asians meets Gossip Girl by way of Jenny Han in this knock-out debut about a Korean American teen who is thrust into the competitive, technicolor world of K-pop, from Jessica Jung, K-pop legend and former lead singer of one of the most influential K-pop girl groups of all time, Girls Generation. 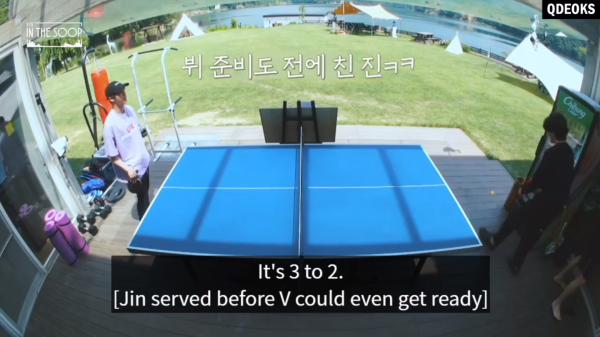 You may also watch from qdeoks for free.

Best performance of this song ! RIP J-hope's forehead though, you'll be missed. We still have the fluffy wavy Jungkook, but for how long ? Taehyung is still the hottest man alive.

the nugu-ness strikes again. they're having their perf time cut on music shows so they posted a dance practice for that version. the performance is still 3 mins long so better than Under Cover era.

anyone have more info on this? it's good to see his face again on the PTG channels

#Update: OSEN has confirmed that Weki Meki will be making their comeback next month in October with their 4th mini albumhttps://t.co/pPnpsPSZGr

"We are all Muse" Feat. Yerin Baek

This is an era of Moonbin barely wearing "shirts".

Actress Cheryl Hines and vocalist Adrienne Bailon-Houghton join host Ken Jeong and a rotating panel of celebrity detectives, composed of comedians and pop culture experts, and a musical superstar to help one contestant tell the difference between good and bad singers, without ever hearing them sing a note. With $100,000 on the line, the contestant attempts to weed out the bad “secret voices” from the good, based on a series of clues, interrogation and lip synch challenges. In the end, the singer whom the contestant picks reveals good or bad singing in a duet performance with the musical superstar, resulting in an amazing musical collaboration or a totally hilarious train wreck.


I had no idea this was happening. Does your country have a version of the show, Omona?

We all know how it goes in our heads: the music swells, the stars twinkle, your heart starts to race, and you get ready to declare your love to that special someone. Alas, as our favorite K-drama characters know all too well, reality can intrude on the best laid plans, even on Confession Day.

Local broadcaster MBC announced Thursday the name of 11 K-pop stars who will participate in a dog agility competition.

It is the first time a Korean entertainment program has featured a dog agility competition, in which a handler directs the animal through an obstacle course without touching or offering the dog incentives like food.

"For two months of training, the stars and their dogs interacted closely and made good memories," MBS said. "Some dogs showed potential to become dog-agility professionals."

The show will air in fall, but the exact date has not been set.

BLACKPINK in your area and on the cover of ELLE! For our October issue, the biggest girl group in the world—Lisa, Jennie, Rosé, and Jisoo—take us inside their journey to world domination. @ygofficialblink #BLACKPINKxELLE https://t.co/1r5SQHpJs1 pic.twitter.com/h6Jm7LnHB6

Omona, are you ready for "THE ALBUM" by the biggest girlgroup in the world with the shortest tracklist ? Today EXO said "we're fashion ambassadors" and I thank them.

"K-pop groups" with no Korean members are not hard to find these days. JYP Entertainment, a local record label, recently unveiled the all-Japanese girl group NiziU, just a year after seven-member Chinese boy-band WayV was revealed by its rival SM Entertainment. Before these, there was the all-American boy group EXP Edition, which made its debut in Korea in 2017.

Such acts usually set their sights on international markets while branding themselves as K-pop singers ― displaying and highlighting K-pop characteristics such as a blend of assorted music genres, but with an emphasis on choreography.