Yukika has blessed us with a new song shortly after her album released in July! OP is very happy ☺️ I’m hoping translated lyrics are posted soon, as I’m very curious how it relates to the title.

The song can be found on Spotify here!

‘Photoshoot Master’ #SEULGI has featured in <#ELLE> giving off her classic mood with #Ferragamo !🐻

Queen Seulgi became the new muse for the italian brand earlier this year.

Some of these groups aren't doing enough to this song!

( Collapse )
Source: Loonatheworld
The editing on the group pic is really bad...

daldalhae sounds like a twice reject to me, lol. it's not quite as chaotic as arisong. hinghing is good, especially if you wanna hear them sing closer to a natural range.


It's a nice cover. I really like her vocal color and it fits this song well. I hope they do more of this while not promoting. Also, happy happy birthday Yuqi!

One of the better Western collabs this year!

BDC is a three-member group under Brand New Music composed of Kim Si Hun, Hong Seong Jun, and Yun Jung Hwan, who all gained fans while competing on “Produce X 101” last year. They made their debut last October with “Remember Me.”

Is a good song

After 8 years, YG Entertainment's newest building has finally been completed and the building has been in use since September 16th

The new building is next to the original YG building in the Hapjeong-dong area and the two buildings will be connectedhttps://t.co/kcEL5Dwe0Q

The agency shared, “The new headquarters that we’ve worked on for eight years has finally been completely constructed, so we began moving some of the employees and equipment on September 16.”

YG Entertainment’s new headquarters is located in the neighborhood of Hapjeong in the Mapo District of Seoul. It is situated immediately next to the previous headquarters on 3,145 square meters of land and is a nine-story building with five additional floors underground. The building’s total floor area is 19,835 square meters.

YG Entertainment had been purchasing land nearby for four years since 2012 in order to build their new headquarters. The construction began in 2016, and the building has now been completed after four years.

The new headquarters’ facilities include a two-story tall auditorium, seven large dance practice rooms, seven large recording studios, and 30 personal studios for the company’s songwriters and artists. The entire second floor was designed to be a modern food court, and the basement floors include large-scale fitness and recreational facilities for the company’s employees and artists. A bridge will be built between YG’s previous headquarters and the new one.

"Korea recorded the first-ever half-year surplus in the trade of culture & arts copyrights, thanks to the global popularity of K-pop bands such as BTS & of films including the Cannes Palme D’Ore- & Oscar-winning “Parasite” (2019) directed by Bong Joon-ho" https://t.co/DqsFJb8Yy8

BTS shared a message of hope to young people doing their very best to cope with the COVID-19 pandemic.

That was a trip and a half. So many sound problems. But Jin talking about "Dynamite" killed me.

Will edit in the next teaser upon release

Some fans are already shouting for a boycott while others are trying to appease the situation by saying that this is only about additional content. What do you think? Will this be a mess or not a big deal?

Edit: Added new SM notice that there will be no fan voting for the teams anymore, thanks

I have no idea what is going on with NCT so I wasn't sure if this was a teaser? Or just a video of handsome boys idk. 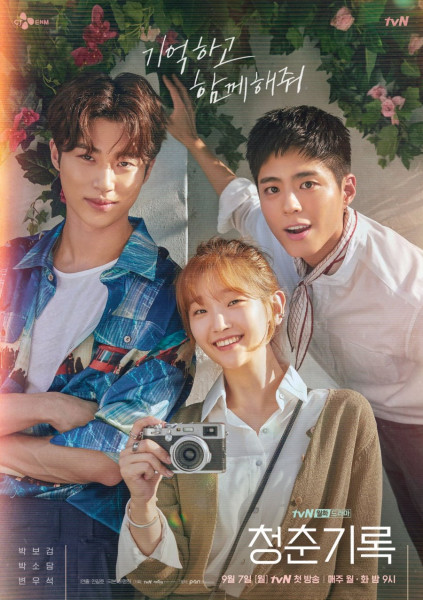 Sa Hye Joon is smart and handsome. He is a nice guy and a popular model, but what he really wants is to become an actor. He has auditioned for many acting roles, but hasn’t found success yet. Unfortunately, Sa Hye Joon doesn’t have much presence as an actor. Meanwhile, Ahn Jung Ha works as a make up artist. Bright and cheerful on the outside but lonely on the inside, Jung Ha takes out her stress and frustrations by fan-girling over idols.

Drama info and poster from MyDramaList

You can watch on Netflix or Dramacool

Supreme Courts have rejected the appeal made by Jung Joonyoung and Choi Jonghoon for charges related to illegal filming and distribution of sexual videos and have sentenced them the following: