There's so many of them lol.

i'm not sure what this is for but the song is fun. 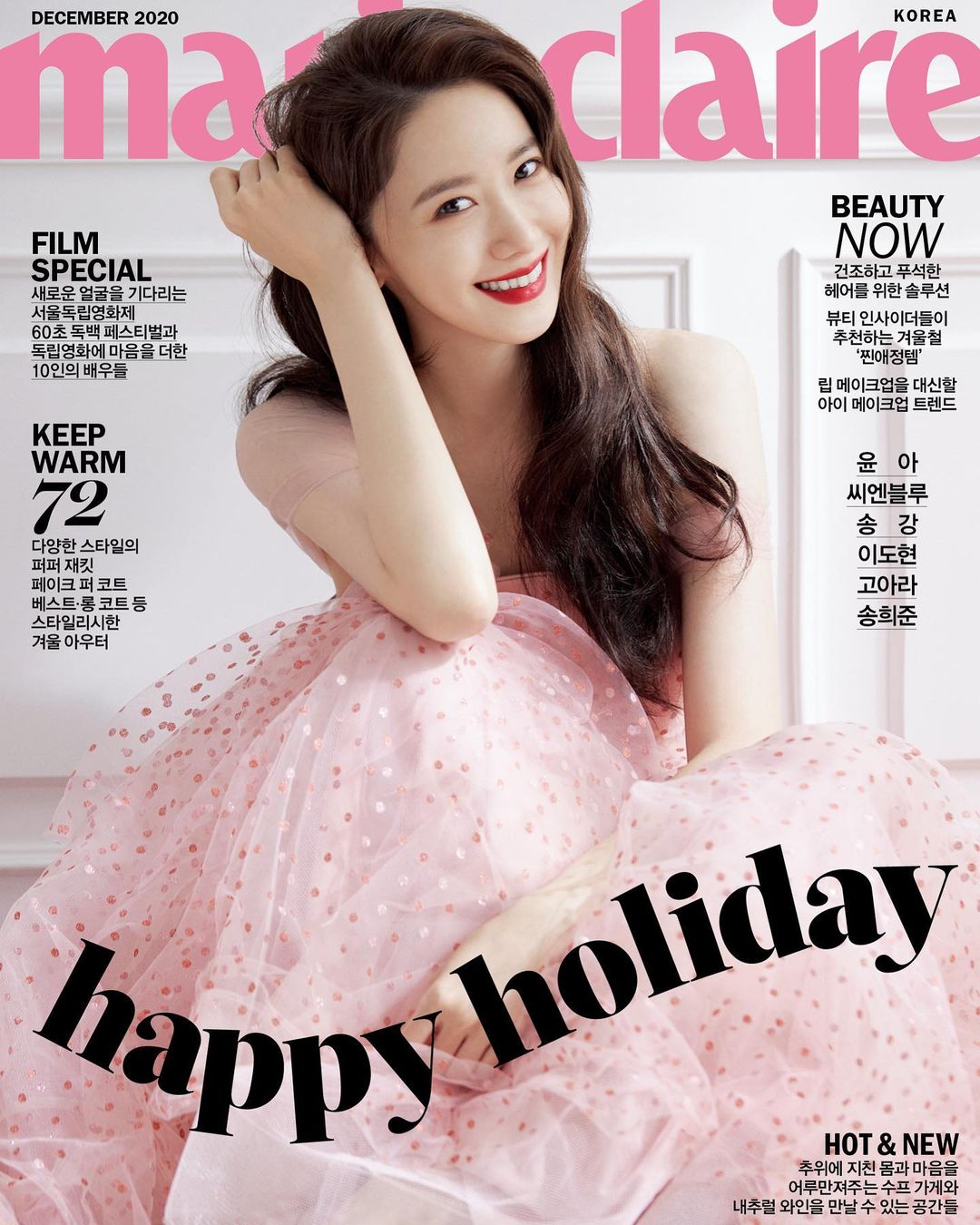 Estée Lauder's new muse Yoona is on the December cover of Marie Claire in the cutest polka-dot ruffled tulle pink dress ever by Jenny Packham.

Source: ponycanyon
The artist of the teaser does yuri manga 👀
I'm so glad they are keeping this sound.

In this series I want to go through artists that are gone, but not forgotten. I will go from debut till disbandment or [indefinite] hiatus, remembering the time we had together and look back on their highs and lows.

T-ara is a South Korean girl group, formed in 2009 by MBK Entertainment. A broad array of visual concepts have earned the group a "chameleon-like" reputation. The group officially debuted in July 2009 with the single "Lie". They went on indefinite hiatus on January 3, 2018 allowing the members to pursue their solo careers.

T-ara is my ultimate kpop girl group~ 👑 I still listen to them at least once, but usually multiple times a week. I just love how there's always a song that suits your mood. Stunning, talented, hard working women.

The way MBK treated T-ara... Their CEO kept playing and using them, making it look like they were easily replaceable if they didn't work hard enough and how they constantly forced T-ara into work they clearly didn't feel comfortable with. The way they handled the bullying scandal still makes me extremely angry. We, as T-ara fans, KNEW that Hwayoung lied but in the end, it didn't matter what we said, nobody believed us. There were times I didn't even feel comfortable saying I was T-ara's fan because of all the backlash I would receive. They did NOTHING to protect them. Or, after Soyeon got into a car accident and got permanent back problems, they didn't even make a statement about it and just let people critize her on her "lazy dancing". I also still can't believe their agency pushed them into Sexy Love after their scandal because wouldn't be able to show emotions and their CEO told them to "just do a robot concept". What a shady company.

These women have been through so much, I can't help but be proud of them. They have done well. Their reunion was adorable, so happy to see them again. I hope one day Boram and Soyeon don't feel traumatized anymore by their past. It would be great if, one day, they can re-join them. But more than that, I want them to find happiness.

I would love to hear what you think about these 2 installments! Favorite track, member, concept, album, performance, solo debut/performance? Do you miss T-ara? Because I really do...

Sounds promising. Dohyon in that intro got me interested

Aw Jinyoung, you could've been... twinning... with Jackson in your 3rd pic 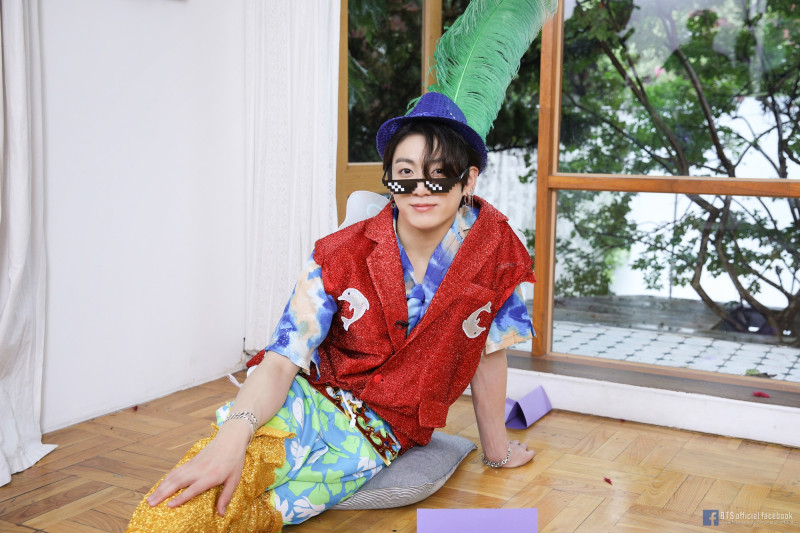 This is it. The news you were all waiting for. The suspense is finally over. You can breathe now. You are free.
BTS' member Jeon Jungkook was named "Sexiest International Man" by People Magazine for 2020. The race for this completely essential title was between Dan Levy (Canada), Keith Urban (Australia), Matthew Rhys (Wales) and Paul Mescal (Ireland) and the 23 years old Korean idol.
Now the question you're all asking yourself is: Who in their right mind think Keith Urban is sexy ? I'm afraid I don't know the anwser.

I know you were waiting for this gif. You're welcome. 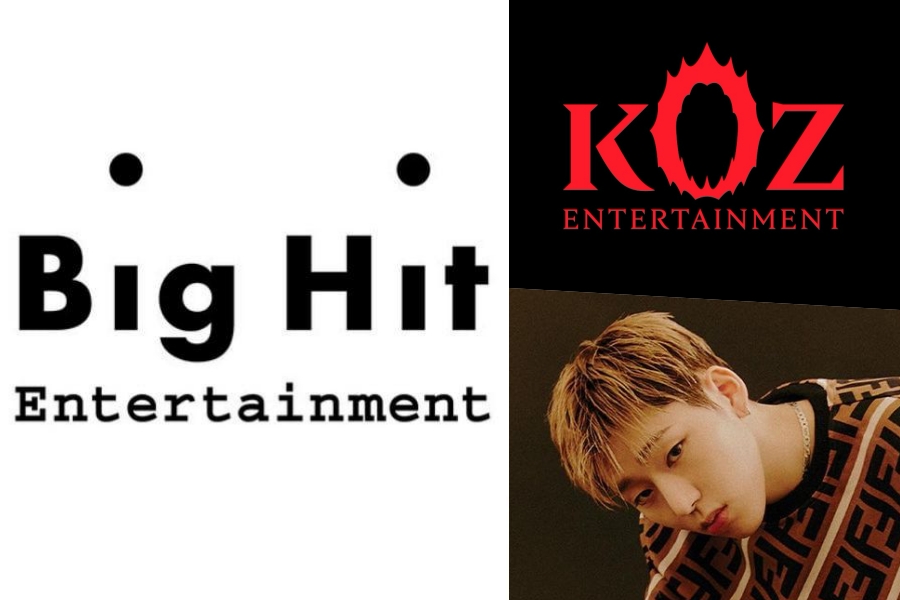 CEO Yoo Seung Hyun of KOZ Entertainment shared, “The philosophy of KOZ, which attaches great importance to the value of artists and content and seeks innovation in the music industry, is similar to that of Big Hit, which is innovating the business model of the music industry. By collaborating with Big Hit, we will make an effort to discover skilled artists and officially push ahead with business in the global market.”

Big Hit Entertainment’s chairman Bang Si Hyuk stated, “I am happy to be joined by Zico, the best producer and artist of Korea. I am expecting KOZ’s artists to actively promote in the global market through Big Hit’s global network and music production system. I am looking forward to the synergy Big Hit and KOZ will create together.”