Shared Universe + aespa
Lee Sung Soo said that SM’s “culture technology” would be divided into three steps: culture creation, culture development, and culture expansion. Culture creation includes casting, training, producing, and management. Producing is the most important part of this process, and as an example, Lee Sung Soo cited EXO, which debuted with its own unique “worldview.”

Some of the article is under a cut to save space:

Lee Sung Soo said, “It might sound like SM is pursuing these steps in order, but culture expansion goes right back to culture creation. For instance, the girl group aespa made their debut this week. This is a group with a brand new composition. There are eight members: four are human, and four are avatars. The group was born from the connection between real members and avatar technology. This group has garnered a lot of attention from its debut, recording 21 million views on their debut MV in the first 24 hours. Through virtual reality, aespa’s worldview can connect to the worldview of other teams and artists, including BoA from 20 years ago.”

Red Velvet
At one point during his keynote, Lee Sung Soo also addressed Red Velvet’s future. He said, “There was a slight controversy recently, but we have sincerely apologized for that incident, and Red Velvet will soon return with a more mature image.”

How soon do you think RV’s comeback will be? Also can we get an aespa tag soon?

On an episode on On and Off (This video highlighting the episode is not subtitled yet so I’m just linking to it), Sunny is visited by her friend BoA! U.Kim at Soompi translated the articles that covered the episode:

After wrapping up the call with YoonA,Sunny asked BoA what her favorite song is out of her own songs. She picked “Only One,” explaining, “I clearly knew what kind of performance I wanted to do at the time. And I think the music fits me best.”

BoA then asked Sunny if she didn’t sing anymore, and Sunny shared her concerns about her vocals. Sunny said, “It’s always an unresolved task. I’m not sure what I like and what I should do, since I was always part of a team. In the team, I was always like the MSG in food. Producers wanted something from me that matched the team’s style, and that was an artificial kind of voice.When I sang normally, they didn’t like it, and my self-esteem fell drastically. Being told that my voice sounded bland, I wondered if what I want to do and what I can do didn’t line up.” Hearing this, BoA told Sunny that she liked her natural voice, and Sunny thanked her.

In the studio, Sunny explained, “As far as I know, I’m the only Girls’ Generation member without a solo album.”

Yerin Baek will be releasing her new full album in December! It’s officially out December 10th!

BoA AND Yerin in December!!??? OP is beyond ecstatic! Christmas is coming early!!!

Listen to it as a playlist here!

The photobook is really beautiful. I love all three photoshoots that are featured in the video <3 I got my copy of the album yesterday and the packaging as a whole is just so pretty (It's quite massive too!). I do wish they'd stop using such low quality paper. It's not as bad as 7 was but some pieces could have been better!

Norazo "Bread" is probably the best thing I have ever seen. A song about bread, a gift I didn't know I needed.

The song was dedicated to her daughter Hayoung. 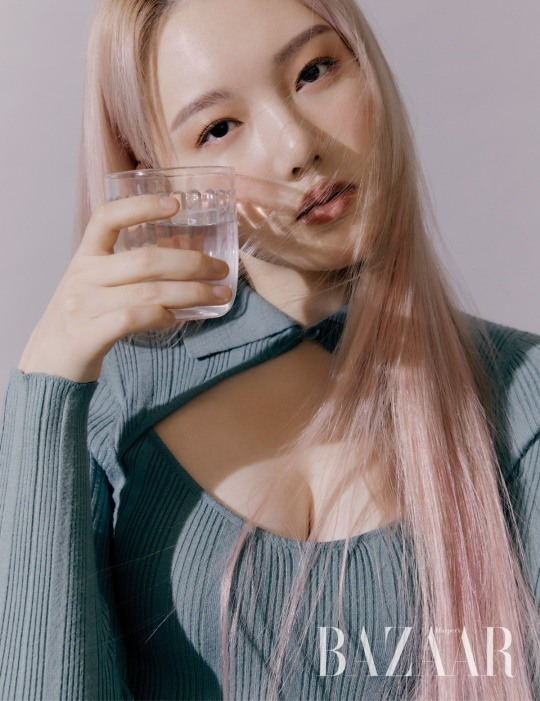 Trust Seungyoun to make any stage fun to watch