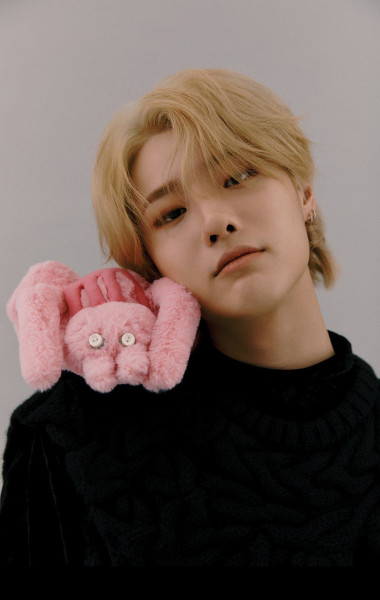 Yes, you read that right. Also, it trended on twitter. Don't ask me, idk. lmao

For the record, Ming Ming's fancam is nearing 125k views while Woodz's has 15k. LOL

“Sing Again” is a show where former idols and artists can show off their vocal talent again after their career has slowed down. Sojung sang “The Flight" by Yim Jae Bum. She received the All Again vote, which means every single judge voted to wanting to hear her sing again. Sojung, overwhelmed by the support, is moved to tears at the end of the clip. She’ll be moving on to the next round.

The lyrics of this song is very significant to her experience with the tragedy that occurred with her group (EunB and RiSe killed in car accident, Sojung herself sustained serious injuries in the crash) and rebuilding herself after that tragedy. I have the lyrics included under a cut. They’re worth a look to know how powerful this song is for her.

I got emotional watching this since she is one my all time favorite singers and Ladies Code is so special to me. Her hitting those notes at 2:18 😭 I’m so proud of her!

she killed it! I’m gassed that’s it out, been in the works for months. Women supporting women and collaborating, here for it. ❤️ I’m getting credit don’t you worry ❤️

I swear Baekhyun might be his biggest supporter. ;-; This is so cute.

The paintings are the ones they did in some episodes of "In The Soop".
The suits, the undercut, the foreheads, it's all here.

TAEYEON 태연 The 4th mini Album [What Do I Call You]