More introspection~ they all individually go through the songs they worked on in the album and at the end we see them learning choreo and being silly. I feel the content in this series is actually better than I excepted (or maybe I'm just a cynic lol... it helps a lot that finally we're getting subs right away, took only 6 years)

Also includes a certain sexy man you either know or should get to know...

ooh! This is main title I’m most excited for so far! Can’t wait for the album tomorrow!!!

This former national sprinter might’ve always come in second, but when work brings him together with a feisty translator, he finds himself running straight for first place in her heart.

Hello, Starship? Please take the money I spent on albums and photobooks this year and buy these boys a proper table to eat on. The segment starts at around 47:00 with Shownu and Jooheon in the studio. 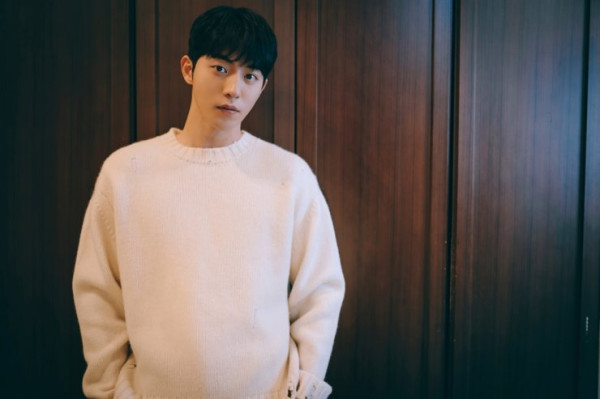 He said the driving force behind his tireless work this year was his "desire to live well."

"I always keep in mind that 'If you don't do anything, nothing will happen.' I don't want my 20s to be wasted, so that's why I've worked really hard so far," he said in an interview with The Korea Times via Google Meet.

K-pop boy band EXO's Chanyeol has drawn mixed reactions to his planned appearance on SBS's popular reality show "Law of the Jungle" just a few weeks after he was accused of cheating on his girlfriend.

The network announced the full lineup for Saturday's episode, Tuesday, which listed the singer and other celebrities, including Go Joon-hee and Oh My Girl's Arin. The show stars celebrities, led by comedian Kim Byung-man, taken to a remote area for a wilderness adventure.

When the list was revealed, many people flocked to the show's website to criticize the production team, with some even calling for Chanyeol's removal.

In a video released today, Jisoo, Jennie, Rosé and Lisa raise awareness on climate change ahead of COP26.
COP26 was supposed to take place this November in Glasgow, Scotland, but due to COVID-19, it was postponed until November 2021.

The intro of the video is so weird, but you go girls, promote COP26! I wonder what actions they'll (and YG) take to be more eco-friendly.

Korean male and female idols are searched the most in Japan in 2020, Knetz react https://t.co/Y6a8o9NVWP pic.twitter.com/IEX9YKtREJ

I know I've said this a million times but his stans truly truly truly gross me out. Again, please DO NOT click the Soompi link nor look for the tweet of this article and the trending topic on this POS because his stans are once again in full force.

Source: Naver, SPOTV News, and radiombc on Instagram via Soompi

Super Junior has announced that the release of their upcoming album “The Renaissance” will be delayed.

Almost by Tamia is probably her all-time favourite song, since she keeps mentioning it. also, Blanc and Eclare is opening a Seoul store soon. omona, would you buy B&E products?
Collapse