That candle sounds like a scent I actually would not like but anyway I'm excited for the concert!!!

With so many big names coming back in the last quarter of the year, I thought this list would be the largest of the 4. But I actually felt like a lot of the albums by the big-name acts didn't really have deep cuts/b-sides that stood out more than their singles, so this list is light the on names you might expect to see here (NCT, Twice, Kai).

Why Does "Ghosting" Stand Out?
So this song isn't the deepest of cuts, since the boys do seem to be promoting it and performing it on TV and radio. However, "Blue Hour" has been a stand-out pop song this year and I feel like it has overshadowed how lovely "Ghosting" is. It has an indie rock/shoe-gaze vibe to it that just feels so dreamy and fun and is a sound that isn't utilized nearly enough in K-pop. Even if you didn't love "Blue Hour", I'd still suggest giving "Ghosting" a listen.

What did I miss, Omona?

She has written three letters, one for her Chinese fans, one for her Korean fans, and the one posted here in English is for her international fans.

She is very grateful for all the kind words her fans have shared with her over the years. She wants to give it her all in her career but hasn’t had the opportunity to do so which has left her feeling quite depressed. She doesn’t want to wait any further so she’s making changes. She also has much love for her group and is hoping to sing and dance with them again in the future.

The members of SF9 have been busy this year with 2 Korean comebacks, 2 Japanese comebacks, a special single for their anniversary, their first group photobook (it is very large, no joke), an online concert, and several drama appearances. They’ve also dropped several cover and performance videos this year, and I thought of compiling some of their activities in this post for those wondering what else they’ve been up to.

As 2020 ends, so does an amazing year for SF9, but I’m hoping that 2021 is just as good, if not better. This probably isn’t everything, but I’d like to think that it's a good start to have more people check them out~

TOP MEDIA ensures that their staff will adhere to COVID-19 protocols and follow hygiene protocols too https://t.co/Ut6w6zBH9Y

Yukika is shared to have signed an exclusive contract to 우분트 ENT, a label set up by a former manager of hers

They’re monster-fighting teammates onscreen, but which SWEET HOME duo is able to show the same kind of teamwork in real life during a game of charades? Watch Song Kang and Lee Do-hyun go up against Lee Jin-uk and Lee Si-young in this comical battle of body language with a dash of mind-reading thrown in.

"Gin Han-sai, the writer of popular Netflix original series 'Extracurricular,' and its production team Studio 329 will team up again for a new production," the streaming giant said. "Extracurricular," a 10-episode thriller-drama unveiled in April, is the ninth most-watched Korean show on Netflix this year. It features Kim Dong-hee and Jung Da-bin.

"Glitch" revolves around Hong Ji-hyo, who attempts to find her missing boyfriend with the help of members of a UFO club.

Netflix said that in 'Glitch,' Gin unravels an intriguing and intense story about UFO club members pursuing those who have disappeared into a mysterious light beam. "Their special quest, which seems preposterous to society at large, is told within the framework of a suspenseful comic thriller," it said.

The company has not yet revealed details of the new series' cast or the release date.

Source: KQ Entertainment
Love the 80s/90s feels to it. They're all always so silly XD

NCT U Inkigayo backstage with 90's Love and Work it units

For those interested Taeyong is in the MTV performances.
Sungchan singing in the first vid kinda makes me mad they made him a rapper. :))) He has a nice tone.
Mark, Ten and Yuta are cuties, meanwhile Haechan can still be heard, but not seen. XD
[Line of the year feat. NCT]Line of the year "You look good when you're naked." - Mark 2k20. 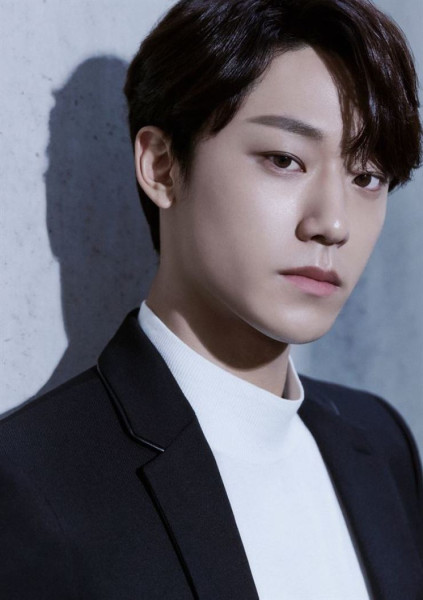 Over the past three years, Lee Do-hyun has ascended from up-and-coming actor to becoming a bona fide A-list star appearing in the Netflix original series "Sweet Home." The actor has demonstrated his talents in a number of TV series since making his debut in 2017.

In the tvN drama "Prison Playbook," he played the younger version of Jung Kyung-ho's character. He then attracted more attention acting across from IU as her character's first love in the tvN drama "Hotel Del Luna" (2019).

This year he starred in the JTBC drama "18 Again" as the younger version of Yoon Sang-hyun who becomes his teenage self again. In the latest Netflix original series "Sweet Home," he played the character of Lee Eun-hyuk who is realistic and a natural leader in an apartment complex "Green Home" where he must separate and protect people from infected humans turning into monsters.

ASTRO to release 'We Still (Be With U)' today, December 31 as a final gift of the year to fans

BTOB will continue as a six-membered group

Hurray, this god awful year is finally over, but not without our annual OMONA predictions post. I know many (many...) things didn't go as me, you and we all had plannend but let's check if at least our guesses from last December (which honestly feels like forever ago) came true. As always, share your predictions for next year in the comments below! If you feel like it you can also share your personal wishes and goals with the rest of us.

OMONA, I know this was a tough year for all of us. Let's hope that we can see our faves back on stage again next year, healthy and with good music! Have a (hopefully) great 2021!