Wattpad is being acquired by Naver, the South Korean conglomerate, in a $600 million cash-and-stock deal.

Naver plans to incorporate at least part of the business into another of its holdings, the publishing platform Webtoon, which Naver launched in 2004, brought to the U.S. in 2014, and that features thousands of comic strips created by its users. It also has a huge audience. According to Naver, Webtoon was averaging more than 67 million monthly users as of last August.

The independent author, wattpad, and fanfic communities I follow are abuzz about this acquisition. Where Netflix now browse for book ideas to adapt? Have any fav wattpad fics you wanna save before changes happen, Omona?

*Thanks for fixing tags, mods. What's new? Well take the names from last week, rinse and repeat. "How You Like That" by Blackpink, released in June, has a better longevity compared to "Lovesick Girls" (October)! 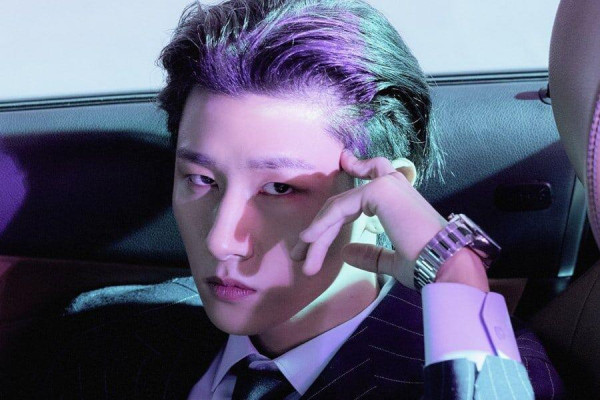 MONSTA X’s I.M will be releasing his first solo single!

Although I.M has released various mixtapes such as “Fly with me” in the past, this will be I.M’s first official solo single since MONSTA X’s debut in May 2015. At the 35th Golden Disc Awards on January 9, I.M had revealed, “I don’t know when, but I’ll be releasing a solo single in the first half of the year.”

I.M is the youngest member of MONSTA X, and the group has released hit songs including “Trespass,” “Follow,” “Alligator,” “Shoot Out,” “FANTASIA,” “Dramarama,” and “Love Killa.” I.M has also participated in writing the rap lyrics for all of the songs in his group’s domestic albums, and he produced songs such as “MOHAE,” “Champagne,” “U R,” “ZONE,” and “Night View.” In May 2016, I.M released his first solo mixtape “WHO AM I,” which featured YESEO, and he also released “BeMyFriend” with Joohoney, and “Horizon” with ELHAE.

There’s nothing like watching our favorite stars get adorably shy while reading gushing compliments from fans. It’s safe to say that LOVESTRUCK IN THE CITY stars Ji Chang-wook and Kim Ji-won are very thankful for the outpouring of love, so keep it coming! ❤️

SinB "Loveable" from "A Love So Beautiful" OST


You can check out TRI.BE covering EXID in this post

i know their company ain't exactly rich but wow this is so budget. the song isn't anything special.
Collapse