It iz I, your favorite fur ball.
And I'm here with the only contest that truly matters: OMONA'S SEXIEST WOMEN ALIVE 2020 — NOMINATIONS

We decided on a few adjustments this time around to make things a bit more interesting.
A. As the current reigning queen, Sunmi CAN NOT be a candidate. I think we've established she is beautiful, funny, talented...

The nomination round will last 96 hours. It will close on sunday (late night) and only 32 candidates will make it to the battles.
Do check out all the pages, I know there will be a lot of them, but we wouldn't want to miss the one true queen just because she was on the last page

The hit fantasy-romance series "Hotel Del Luna," starring IU and Yeo Jin-goo, will be adapted into a stage musical.

Theater production company, Showplay, said Wednesday that the musical remake will include the TV series' fantasy elements and highlight the romance between the two main characters.

The series revolves around Jang Man-wol (played by IU), the owner of the Hotel Del Luna, which is a mystical hotel that serves spirits. Cursed to live forever, she hires a reluctant hotelier Goo Chan-sung (Yeo) to manage the hotel, gifting him with the ability to communicate with ghosts. What's new? Well everybody have decided to go down the slopes. Let's enjoy our faves to kick January in the butt!

Summary:
-Naver is investing 410 billion won (approximately $371 million) into Big Hit Entertainment’s subsidiary beNX, which operates Weverse. In return Naver gains a 49% stake in beNX, and Naver’s V LIVE business will be transferred to beNX.
- beNX will be renamed to WEVERSE COMPANY Inc.
- VLIVE and Weverse (users, content, services) will be combined to a new global fan community platform.
- Naver basically went the route of "if you can't beat them, join them": The strategy is for Big Hit to lead the business with their experience in the industry while Naver provides the technology and skills necessary to strengthen the service.

- The integration of the two platforms is expected to take about a year. The Naver-guy who is in charge of VLIVE will become CTO of beNX. During the period of integration, each service (V LIVE and Weverse) will be operated as before.

- The Naver CEO basically says she sees how much money can be made with 'idol fanatics: “The fandom culture that had been deemed as one of ‘idol fanatics’ is now spreading into various fields, creating new cultural and economic value, and evolving. We found potential for growth in the global market through V LIVE and Weverse, which consists of over 85 percent of international fans.” She also said, “We will work to make the fandom culture that stemmed from Big Hit and K-pop go beyond Asia and North America and become the mainstream entertainment culture in Europe, South America, and all around the world.”

What do you think of this? Do you think other companies will stay on Vlive when it's now so strongly connected to their competitor or will the splintering of the market continue (we have Bubble and Universe already)? Is Big Hit expanding too much too fast?
In other news today, beNX is investing 70 billion won into YG Plus and in return YG artists are going to join Weverse.


I understand he really felt the need to address the comments of knetz. InterFans mostly welcomed and approved of their actions during BTTOB 4U's online concert but they got a lot of negative feedback from knetz. Changsub also posted something on his IG account to address it. 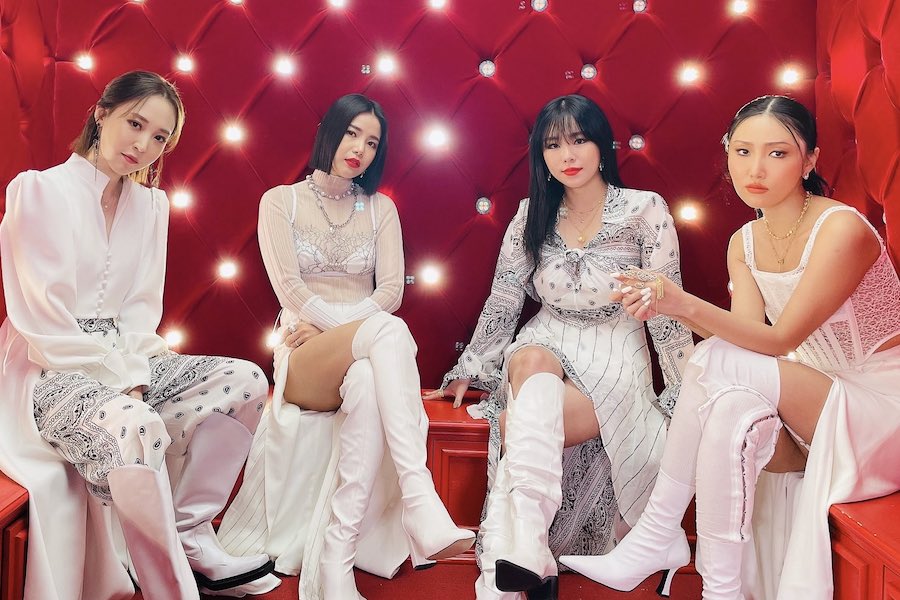 On January 22, RBW stated, “We are currently discussing contract renewals with the MAMAMOO members based on trust in each other. Although there is still a lot of time left on their current contracts, we have been discussing since early on as we wanted to give time to carefully decide for the members who have faithfully been with us for a long time. However, there were speculating rumors and many inquiries, so we decided to officially reveal the current status.”

The agency continued, “Currently, Solar and Moonbyul have finished renewing with faith and anticipation, and we are also positively exchanging opinions with Wheein and Hwasa. As the members all have great affection and pride for MAMAMOO, we anticipate positive results.”

This is from a couple of days ago, but wasn't shared here yet.

Past post: Big Hit and Naver are joining hands, Naver is acquiring 49% stocks of beNX

- Big Hit Ent. and subsidiary beNX are investing 70 billion won (~ $63 million) in YG Entertainment’s subsidiary YG PLUS. (Big Hit Ent will make a 30 billion won (~ $27 million) investment while beNX will invest 40 billion won (~ $36 million).
- Stock acquisition of shares owned by YG Ent, former CEOs YHS and Yang Min-seok as well as new shares issued through a paid-in capital increase
- YG PLUS artists’ global membership business will be conducted through Weverse
- YGPlus will distribute the albums and music of BH Ent and its affiliates for the next five years. Previously, BH albums were distributed via Dreamus.
- YGPlus will collaborate on the planning and production of artist merchandise
- YG artist merch will be available on the Weverse Shop platform

Fans from YG groups, how is your merch?

Seungyoon has already completed recording his upcoming regular album and there are plans to film his MV for the title track next month in mid-Februaryhttps://t.co/Z4WNGZSrHe

The ladies participating on Miss Back, a show about giving idols a second chance, performed together for the finale. The idols on the show range from 2nd generation to that transitionary period between 2nd and 3rd gen, and early 3rd gen. Key is their groups are for the most part gone or really long hiatus.

Under the cut is their performance “We Are The One”: