MAJORS is ANS Entertainment's new girl group. bian (girl at 0:22) was a member of ANS. the song is better 1.25 speed, lol. even then it's really not anything special. their name makes them pretty much impossible to google unless you type in "majors kpop group"

WJSN will be returning to the stage this month!

On March 9, industry representatives reported that the group is preparing to make a comeback in late March.

In response, WJSN’s agency Starship Entertainment confirmed, “WJSN will be making a comeback at the end of March.”

WJSN is making a return as a group for the first time in nine months following the release of their mini album “Neverland” back in June 2020.

In the meantime, they put forth unit activities with the sub-unit WJSN CHOCOME featuring members Soobin, Luda, Yeoreum, and Dayoung. WJSN’s leader Exy participated in CRAVITY’s latest comeback by writing the lyrics for their title track “My Turn.” Bona also kept busy by starring in the drama “Homemade Love Story,” while Dayoung appeared in “Love Revolution.”

Personally I thought their last mini was fantastic, I hope we get another quality album with great b-sides!

Update: he has found to be negative

After carrying out a revenge attack that makes him the target of everyone in town, a gangster flees to Jeju island where he forges an unlikely friendship with his tour guide—a young woman riding out the last days of her life.

Vogue Korea has taken down its interview video of AOA member Seolhyun Monday after it was met with a hail of criticism following former member Mina's additional account on her suffering after being bullied by former AOA member Jimin.

The fashion magazine shared a "What's in My Bag" video of the 26-year-old singer on its YouTube channel, Saturday. The video showed an interviews with Seolhyun as she showed items in her purse to give a glimpse of her personal life to the viewers.

"This year has been tough on everyone," Seolhyun said. "But I came to realize that I have so many people supporting me, which gave me this responsibility to stay afloat. It really meant a lot."

However, the video backfired as many still blame her for remaining silent and turning a blind eye on the former AOA leader Jimin's bullying of Mina. The video received more dislikes than likes, and one commenter wrote, "You don't know how serious bullying is."

The film, "Minari," is soaring in local box offices, topping charts for six consecutive days since its release.

The family drama movie, about a South Korean immigrant family, surpassed a total of 300,000 tickets sold on Monday, adding over 24,000 tickets on that day alone.

Directed by Lee Isaac Chung, the director's semi-biographical film follows a family from South Korea settling in a rural area of Arkansas. The family members ― the father (Steven Yeun), mother (Han Ye-ri), two children (Noel Cho and Alan Kim), and grandmother (Youn Yuh-jung) ― struggle to adjust to their new life while they pursue their own definition of the American dream.

Even if he ends up acquiring Chinese nationality in hopes of competing at the Beijing Winter Olympics, South Korean-born short track speed skater Lim Hyo-jun is unlikely to accomplish that goal because of international rules.

Lim, the 2018 Olympic champion in the men's 1,500 meters, announced Saturday he was undergoing a special naturalization process to acquire a Chinese passport. He had been going through a protracted legal battle over sexual harassment charges and decided he wouldn't be able to skate at the Olympics next year unless he switched allegiance.

Tomorrow the MV is being released!

On March 9, it was reported that the TVXQ member was being investigated by the police for staying at a restaurant in Gangnam until approximately 12 a.m. KST on an evening in late February. According to current social distancing regulations in Seoul, restaurant operation is only allowed until 10 p.m. KST, and customers are required to leave before then. 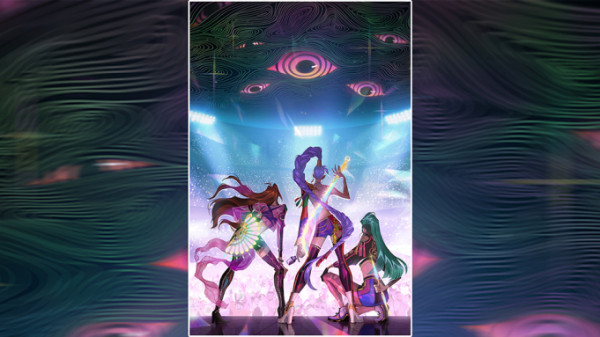 Sony Pictures Animation is developing a new movie about a pack of female K-Pop stars who slay evil spirits in between gigs.

“K-Pop: Demon Hunters” is underway at the Oscar-winning studio behind “Spider-Man: Into the Spiderverse,” from directors Maggie Kang and Chris Appelhans.

Kang, whose credits include “The Lego Ninjago Movie,” is mounting the project as an homage to her Korean pride and the wildly popular K-Pop music she grew up with. The movie is described as an action adventure that follows a world-renowned girl group, as they balance their lives in the spotlight with their secret identities as demon hunters. It will be set against a colorful backdrop of fashion, food, style and music.

Omona, which idol would make the cut for your demon hunting girl group?

Korean food has become the fourth-most popular cuisine on Instagram, beating out some of the most highly regarded fares in the world such as French, Thai and Chinese cuisines, according to a recent study by international foodie magazine Chef's Pencil.

The magazine said it analyzed Instagram tags to reveal what cuisines and foods were trending around the world, as the photo and video-sharing social networking service has been a main venue for showcasing food, with millions of people sharing their culinary experiences online.

As of February, #food alone accounted for 430 million Instagram posts, according to the magazine.

Do you post food pics on your IG, Omona? The last time I posted food was in January 2020, coincidentally a pic from a Myungrang Hot Dog lunch lol

BLACKPINK ROSÉ is confirmed to appear on NBC's "The Tonight Show Starring Jimmy Fallon" on March 16th to perform her solo track "On The Ground"https://t.co/YP05j20mat

A Harvard University professor has ignited an international uproar and faces mounting scrutiny for alleging that Korean women who were kept as sex slaves in wartime Japan had actually chosen to work as prostitutes.

In a recent academic paper, J. Mark Ramseyer rejected a wide body of research finding that Japan's so-called "comfort women" were forced to work at military brothels during World War II. Ramseyer instead argued that the women willingly entered into contracts as sex workers.

His paper has intensified a political dispute between Japan, whose leaders deny that the women were coerced, and South Korea, which has long pressed Japan to provide apologies and compensation to women who have shared accounts of rape and abuse.

Decades of research has explored the abuses inflicted on comfort women from Korea and other nations previously occupied by Japan. In the 1990s, women began sharing accounts detailing how they were taken to comfort stations and forced to provide sexual services for the Japanese military.

The article is really thorough in tearing Ramseyer a new one. I recommend reading it! (The writers got a lot of shit from right wing Japanese ppl on twitter earlier this month.... not surprised) "Dynamite" by BTS is this week's top-selling song. On March 14th, the Korean group will perform on The 63rd GRAMMY Awards stage and is nominated for "Best Pop/Duo Group Performance".