DAY6 "The Book of Us : Negentropy" Trailer Film

Laboum have performed a special 2021 ver of their 5 year old song 'Journey to Atlantis'.

This is a response to the song recently charting again and gaining attention from the general public.

They also performed a 2021 dance medley of 3 of their songs: Aalow Aalow, Shooting Love and Hwi Hwi.

It's so lovely to see them again! I hope it continues to climb the charts ♥

On March 30, HOTSHOT’s agency announced that HOTSHOT has officially disbanded.

Read the agency’s statement below:

There's a lot going on here lol. I'm glad they didn't include the costumes from the teaser pics.

Mnet's K-pop competition show, "Kingdom: Legendary War," is on a bumpy ride, even before the show's premiere on Wednesday: first with host U-Know Yunho's withdrawal, and now with allegations on favoring some of its competing artists by allocating higher stage design budgets.

The network released a statement, Monday, apologizing for allowing some of the teams to go beyond the standard budget on their sets. The show, a sequel to "Road to Kingdom" (2020), invites six K-pop boy bands ― BTOB, iKON, SF9, The Boyz, Stray Kids, and ATEEZ ― to compete for the best-performing group.

"As it was the first round of the competition, we have set the budget for the artists' set, but we apologize for not arranging detailed guidelines on what is allowed and what is not," it said. "Regarding this issue, the production team is taking it very seriously."

"I Can See Your Voice," a music entertainment show from South Korean cable music network Mnet, has been newly sold to three countries, the company said Tuesday.

Mnet said it has signed new remake export deals with broadcasters in France, Belgium and Canada, raising to 18 the total number of countries that purchased the format, including the United States and Britain.

Since launching in 2015, "I Can See Your Voice" has been highly popular in Korea, continuing into its eighth season this year. The show's concept centers on guest K-pop stars' attempts at singling out terrible singers from a pool of musicians based on their appearances and stage mannerisms. 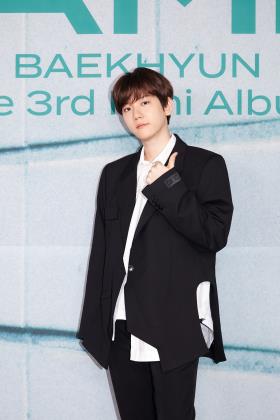 Baekhyun, a member of K-pop boy band EXO, said Tuesday that his third EP album "Bambi" is his last gift to fans before starting his military duty later this year.

"I've been loved so much by EXO fans for the past 10 years and I've been happy throughout my 20s," the singer said in an online press conference. "Before having a hiatus, I wanted to show my love and affection to them. So I've put a great deal of sweat and effort in this project."

"Bambi," the EP set to be released later in the day, will carry six R&B love songs, including the namesake lead track, "Love Scene" and "Cry For Love." It is his third solo project, following "Delight" (2020) and "City Lights" (2019).

A quick look at the groups in their practice rooms. MNET also explained there will be no eliminations in the show in a press release. 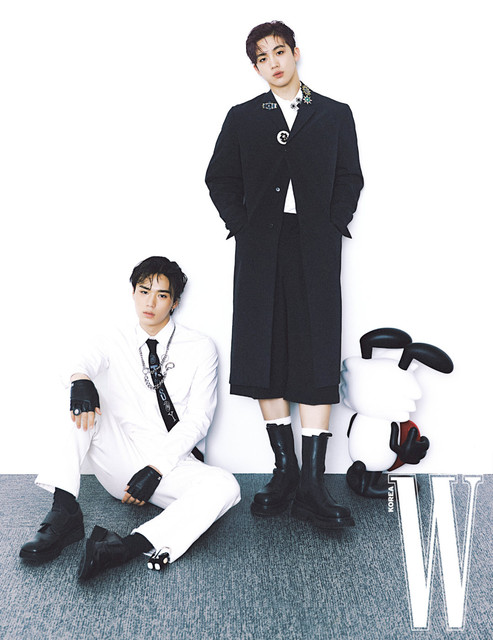 Yep yep its supposed to be relay dance but they want to sing so why not! Happy to see Peniel is getting more comfy and confident with his singing. Also, Minhyuk is just so pretty in pink.

i have mixed feelings about them continuing with this. 🥴 idk, i just hope they're going on w/ it bc taeryeong personally wanted to do it.