This is a collaboration between saturday's leader Haneul and rapper yourbeagle~ it's so relaxing and sweet and they look so beautiful.

Edit: Tracklist info!
- JYP has written lyrics, composed, and arranged for their title track “Alcohol Free”
- It is common for members to write for b-sides (Chaeyoung started it first and it really started taking off the last few years with members writing for multiple b-sides per album) but this album ONLY members wrote the b-sides!
- Jihyo wrote for “First Time”, Sana for “Conversation”, Dahyun for “Scandal” & “SOS”, & Nayeon for “Baby Blue Love”.
- Jade from Little Mix composed for “First Time”
- “Cry For Me” has an English version only for the CD, no streaming (will inevitably end up on YouTube lol)

Key (and Taemin) on "I Live Alone"

I haven't been this excited about a comeback in a long time. This sounds like a song I'm gonna keep replaying for a long time!!

The news of the late Samsung Chairman Lee Kun-hee's massive art collection being donated to state-run museums across the country has arguably been the most exciting topic in Korea's art circles in recent months. With some 23,000 pieces of art and cultural artifacts at hand, the Ministry of Culture, Sports and Tourism is mulling over a plan to build a new museum to house the collection.

But the prospect of a new museum for Lee's collection has also fueled calls to establish a national modern art museum in Seoul dedicated solely to the pieces belonging to the modern era ― an institution that, according to many in the art world, Korea currently lacks.

The proposed museum, they stated, will house nearly 1,000 works of art of the modern era that have been donated by Lee's estate to the MMCA in addition to the 2,000 modern art pieces it already owns. Under the committee's definition, Korea's modern art history consists of works produced from the mid-19th century during the 1392-1910 Joseon Kingdom up until the 1960s.

A flurry of TV series, including new seasons of hit dramas "The Penthouse: War in Life" and
"Hospital Playlist," is set to premiere in June.

The third season of "The Penthouse: War in Life" will be the first one to kick off, with its season premiere airing this Friday.

Written by Kim Soon-ok, who is infamous for creating outrageous, soapy series like "Temptation of Wife" and "The Last Empress," the series revolves around the residents of a 100-story luxury residence called Hera Palace.

The plot-heavy series with endless backstabbing, twists and turns between residents has garnered huge popularity since its first season early this year, hitting a 28.8 percent viewership rating.

Does being the legendary Vincenzo himself mean knowing everything there is to know about VINCENZO? We put Song Joong-ki up against The Swoon's Superfan Quiz to see how he measures up against Vincenzo's biggest fans: is he a consigliere-level stan, or a corn-salad who’s due for a rewatch soon? 🌽 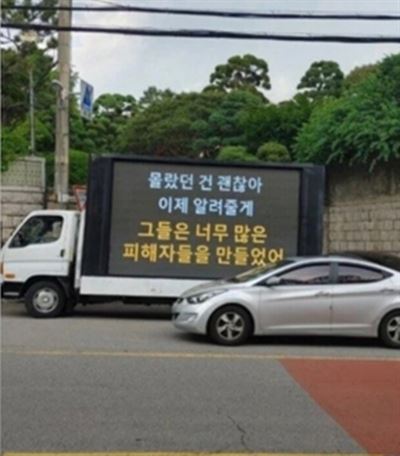 Korean heartthrob Lee Seung-gi, 34, recently confirmed that he was dating actress Lee Da-in, 28, the daughter of veteran actress Kyeon Mi-ri. But some of his fans were not happy to hear the news.

They believe that his relationship with Da-in ― whose stepfather was put behind bars for three years for manipulating stock prices ― may tarnish his "wholesome" image. In fact, Seung-gi is one of the few scandal-free stars who has been beloved by people of all generations for many years.

To express their dissatisfaction, some fans last week sent a truck to the area in northeastern Seoul, where his house is located, to tell him that he should know better. The message displayed on the vehicle read, "It is okay that you didn't know. But now you should know. They turned so many people into victims," urging him to "make a quick decision" before "ruining" his 17-year career.

It may be erroneous to call the melding of rapper Tablo, Scooter Braun’s SB Projects, Emmy nominee Jason Kim and Amazon a K-pop supergroup. However, the quartet certainly are embracing the genre, if not the notion.

Under the first-look deal that the Justin Bieber and Demi Lovato manager has with the Jeff Bezos-founded streamer, the four have teamed up to develop Neon Machine, I learned.

Working with a predominately Korean producing team, the comedy series created by Barry producer/writer Kim tells the tale of an out-of-left-field K-pop superstar who hits a global chord but might lose it all in the process. Kim will executive produce along with Epik High leader Tablo and SB’s Braun, James Shin and Scott Manson. When is a sausage just a sausage? Controversial ads fuel S.Korea's sexism debate

This month three South Korean companies and the Seoul police have had to pull ads and other content after men's rights groups claimed that "small penis" symbols were used, insulting men.

The offending images? Hands with the thumbs and the index fingers pinching towards each other illustrating the reaching out for an object. But the gesture is also often used to indicate something small in size and in South Korea, it is associated with a strident, albeit now defunct, feminist group that used the image in its logo.

edit: I added the image - I linked it but forgot to include it in the post lol.
edit2: added a tweet with an update: the designer of the poster disciplined, + marketing team leader dismissed, GS retail president will step down

on the evening of may 30th, shiny foundation held their third "annual" arts festival. (quotations there because it's meant to be annual, but last year they had to postpone due to covid.) the festival, which was hosted by songwriter kim eana, featured both appearances and performances by snsd's taeyeon, red velvet's wendy, yoo seungwoo, okdal, soran's go youngbae, highlight's yoseob, and key and minho. the festival lasted for just under three hours and, frankly, is the most direct celebration of jonghyun's life and legacy that has happened in the last three years. it was not only warm but comforting in atmosphere ... which is really exactly what jonghyun has always been. under the cut is a selection of translations from the talk segments that the guests each participated in!