Ravi has apologized for lyrics in a song from his new album.

On June 3, the VIXX member released his new album “ROSES,” which includes a song titled “RED VELVET.” Many expressed discomfort at the lyrics such as “I take a bite out of a red velvet” as other lyrics such as “Russian Roulette” and “Dumb Dumb” seem to reference the group Red Velvet’s song titles. The lyrics also include parts that seem to use wordplay with names of the group’s members.

In response, Ravi released the following statement on June 4:

The song in question: Red Velvet (feat. Jamie). Making references to other artists is not new in rap but I don't know why he thought there wouldn't be push back in this case because the lyrics are obviously sexual

Kill it to the daylight

Yeri posted about her friendship with Holland on IG! Mostly submitting this post since Holland didn’t have a lot of support when he debuted because of him not hiding his sexuality, so seeing a big idol like Yeri hangs out with him is great!

Should I condense all three teasers a day into the firstp ost only, or post them as they're released?


2. NO FIGHTING ( ͠° ͟ʖ ͡°)
3. (☞ ͡° ͜ʖ ͡°)☞ Email omonamods@gmail.com for inquiries, advertisements, sponsorship etc, follow us on Twitter for updates!
4. Spam is allowed BUT SPACE IT OUT, BE SMART ABOUT IT ( ͡~ ͜ʖ ͡~) Put all your goodies (multiple gifs, multiple images, multiple videos) under a spoiler ┴┬┴┤( ͡° ͜ʖ├┬┴┬

OMONA do you care about the charts more than you do the qality of the song?

I FREAKIN' LOVE THIS SONG!!! THE VOCALS!!! THE VISUALS!!!
SM BETTER STEP UP THEIR GAME AND HAVE SOMETHING JUST AS GOOD FOR THEIR COMEBACK! 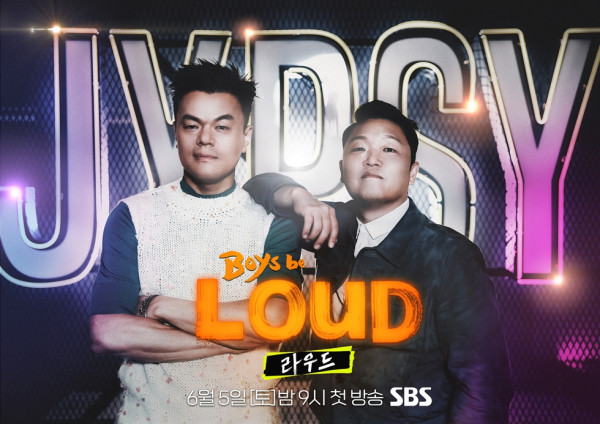 Producers Park Jin-young and Psy, who founded their own entertainment agency after reaching the peak of their K-pop careers as singers, are now on a search for unique talent to lead the booming K-pop scene with SBS's new audition show "LOUD."

"This is a joint project by Park Jin-young's JYP Entertainment, Psy's P Nation and SBS to form two worldwide boy groups, one for each agency… unlike previous audition shows that focused on the participants' appearance, dancing and singing, we value what's inside them," said series production chief Park Sung-hoon, known for the hit audition series "K-pop Star," during an online media conference for "LOUD," Thursday.

"The two producers (Park Jin-young and Psy) have something in common. They are both singers, producers and directors that lead the hallyu business. And when they first debuted on the K-pop scene (in the 1990s and early 2000s, respectively), they were quite sensational," the producer said. "With the two, we tried to capture the synergy they will create when meeting competent millennials from these days."

With the growing popularity of K-drama, especially with global streaming services like Netflix making series available worldwide, Korean production companies are making their way into the U.S. TV market by teaming up with U.S. production houses.

Local production company Studio Dragon, a subsidiary of CJ ENM, revealed that it has inked a deal with the U.S. production company, Skydance Television, to co-produce the mystery fantasy series, "The Big Door Prize." It will be an original series for Apple TV+.

The 10-part series, based on M.O. Walsh's bestselling novel of the same name, will be penned by Emmy-winning writer and producer, David West Read, who was the writer and executive producer of the popular sitcom, "Schitt's Creek."

The story will follow the residents of a small town, who discover a magical, destiny-predicting machine in their grocery store.

Like a butterfly hopelessly attracted to a flower, this art student can’t seem to resist the mysterious young man who captures her attention. But the more they get romantically involved, the sooner she will have to decide—will getting close be worth it, when he doesn’t believe in relationships?

Based on a popular webtoon, NEVERTHELESS, stars Han So-hee (THE WORLD OF THE MARRIED) and Song Kang (NAVILLERA).

Go up North and unravel the mystery shrouding Ashin and the origins of the resurrection plant in the one-hour special episode KINGDOM: ASHIN OF THE NORTH, starring Gianna Jun and Park Byung-eun.

This year marks her 20th anniversary since her debut

It’s official: over five years after its release, LABOUM will be performing their newly rediscovered 2016 song “Journey to Atlantis” on a music show!
( Collapse )( Collapse )
Source: Soompi, Official Laboum Youtube, MBC Entertainment
I feel like their company could've stepped up sooner to let them promote on music shows? But still hoping for a Brave Girls resurgence for them, because journey to atlantis is a bop!

Happy Friday! Every week I go through the charts for this day in the past and share the top three songs. Then I pick out two more from the top ten as honorable mentions. This week we are going back to the see what was on top for the 1st week of June, 2014.

#3 IU “My Old Story”
This was the lead single from her A Flower Bookmark”, which was an EP made up of cover songs from the 1980s and 1990s. “My Old Story” was a cover of the song from Jo Dukbae. The album was both a critical and commercial success, and songs from the album would be on the charts for weeks.

Omona, for which idol would you take up a job in the agricultural sector? What (organic) veggies or fruits would you cultivate for them?

SF9 is making their return!
On June 1, a source from FNC Entertainment confirmed to Dispatch, “SF9 is making the final touches on their album with an aim to make a comeback in early July.” The agency stated to MBN Star, “It is true that they finished shooting their jacket photos and music video.”
( Collapse )

The article states that they have been working on the album for a long time, so some fans are speculating that they maybe even finished the album before participating in Kingdom. I wonder what that means for the growth they've shown on the program. Anyways, apart from a healthy Rowoon, what do you want to see from them for their next comeback?

Added the Korean sources too mods :)

*DJ Khaled voice* and another one
( Collapse )

maybe a 3rd project?? (but not confirmed yet on Jinyoung's part)
( Collapse )

Monsta X look themselves up on Namuwiki and Theqoo, read Youtube comment collections, peruse their own memes, scroll through their career history on Melon, and check their news on Daum.

Omg this is so good, they're so fun 😂
I cannot believe they read their own namuwiki pages though, I was dying of secondhand embarrassment lmao
Also I am SHOOK that Kihyun's lisp comes from his veneers 🤯

For their 11th anniversary, the girls of Sistar were kind enough to give us a some content, including an OT4 Instagram live!

After months of no interactions beyond Dasom and Soyou laughing about a Sistar reunion on Clubhouse, hearing Bora's laughter in the back of Soyou's YouTube video and Hyolyn and Bora gyming together, the girls finally convened (virtually) for their 11th anniversary!